The Maze of Life 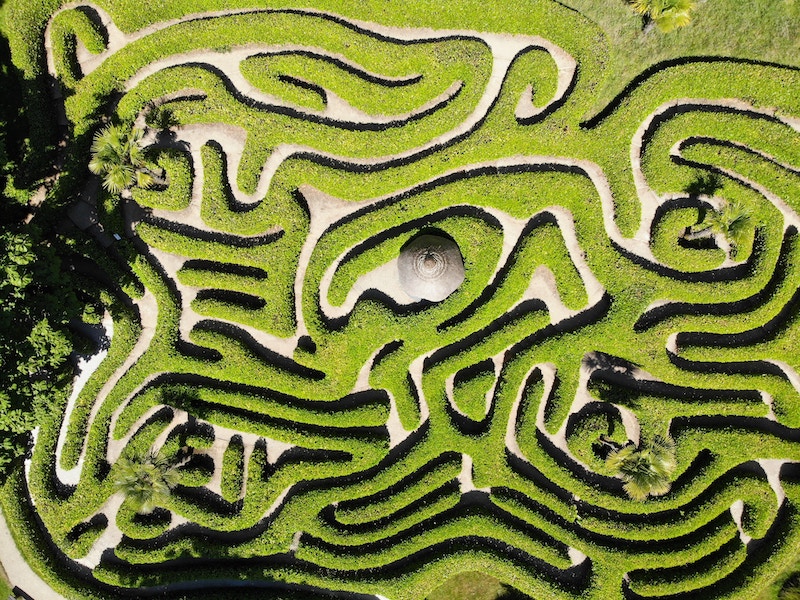 MAIN POINT: You can use John 10:1-5 as a starting point to discuss how important it is to know the voice of God – the voice of truth. Spend some time asking them if they know how to distinguish God’s voice in a world of lies. Remember, Satan is very tricky. He wants to steer us down the wrong paths in life by lying to us about stuff like our self-image, drugs/alcohol, and sex. To know the voice of truth, you have to be in a relationship with God through His Son Jesus. Remember, life is just like the maze sometimes; you’ll make a wrong turn here and there. When that happens, we must remember to seek God’s truth to get back on the right track.

Preparation: Lots of space, a roll of butcher paper, duct tape, and some obstacles.

If you’ve ever been to a church carnival or festival that had a cool cardboard maze, you’ve no doubt seen how much fun the kids had while going through it. But you were also painfully aware of the many hours put into the project. Well, The Maze of Life lets you have just as much fun…with a fraction of the time invested during set up. Here’s what you do.

First, locate a roll of butcher paper. The Children’s Pastor can probably loan you a roll (of an ugly color) from her stash. Next, find as many blindfolds as you have students.

Now, rearrange your youth room a bit, or use a different part of the church, like a multipurpose room perhaps. Roll out the paper on the floor in a “maze-like” pattern that has at least 4-6 T-intersections. (Make sure to tape it down; duct tape works well.) At each intersection, have one the of paths at the intersection lead to a dead end, a couch, or a wall, while the other direction heads off towards the finish line.

Here’s the good thing: if you’ve set the maze up correctly, it won’t be long before a student who guessed wrong will know they are wrong and can go back the way they came. Eventually, everyone can make it to the end.

Here are a few of the True/False questions we used:

1. Slugs do not have noses. (False: they actually have four!)
2. The Mona Lisa does not have eyebrows. (True: it was fashionable to shave them off back then!)
3. Most Eskimos have refrigerators. (True: it keeps their food from freezing.)
4. An ostrich’s eye is bigger than its brain. (True.)
5. Taphephobia is the fear of losing your teeth. (False: it’s the fear of being buried alive.)
6. The letter “T” is the second most common letter used in the English language. (True.)
7. Thomas Edison, who invented the light bulb, was afraid of the dark. (True.)

Here are some more things you can do to make the Maze of Life more interesting.

1. Have someone smack a Styrofoam noodle against the floor as kids crawl by…to scare them.
2. Have a stretch of the maze run along a wall where volunteers are positioned to throw balls at kids crawling by.
3. Smear a little peanut butter (or something like it) on the butcher paper. It will horrify the kids at first.
4. Play funky music in the background over the PA system to confuse the kids.
5. Make the maze go around objects or under tables. Use what you have!