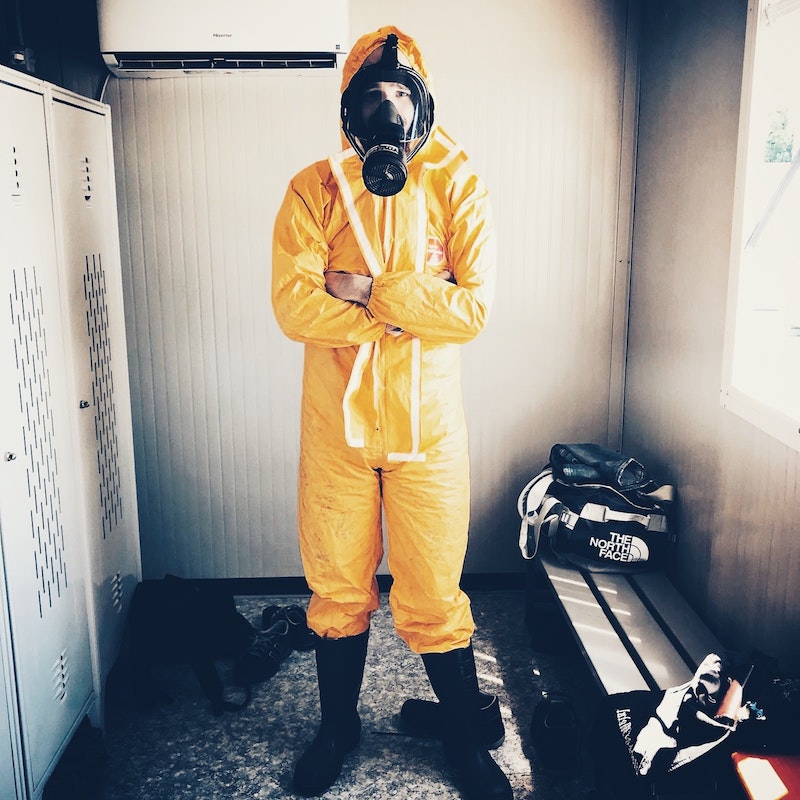 This game is modeled off of the popular game mode in the videogame Halo called “Infection”. It is a blast for nearly any size group. You can play it with as few as 6 people and as many as 50! Here are the rules:

Find a big location – preferably a big room, gym, or maybe even outside – and set up the playing field with obstacles all over it (We use our multi-purpose room which has chairs that we stack up in all sorts of shapes and obstacles). In one corner have a starting area for the Alpha Zombies and in the opposite corner have a starting area for the humans. The game begins when the Alpha Zombies say GO!

Each human is equipped with a ball (kick balls and tennis balls). The goal of the game is to survive as a human for as long as you can.

The Alpha Zombie’s job is to tag the humans making them zombies. Zombies must have one hand on their head at all times so they can be identified as zombies. If an Alpha Zombie is hit twice by a ball (no head shots allowed!) he/she must do an up-down (jump onto their stomach before standing back up), then they can proceed to hunt down humans. If a human becomes a zombie they need only to be hit with a ball once before having to do an up-down. The last humans to be turned to zombies get to start the next round as the Alpha Zombies.

Start with 1 to 2 Alpha Zombies depending on the size of your group. If you’re playing with 50 kids you may want to start with as many as 4 or 5. By the time most of the humans become zombies the game really starts to look like Shawn of the Dead!