When Teens Are Out of Control 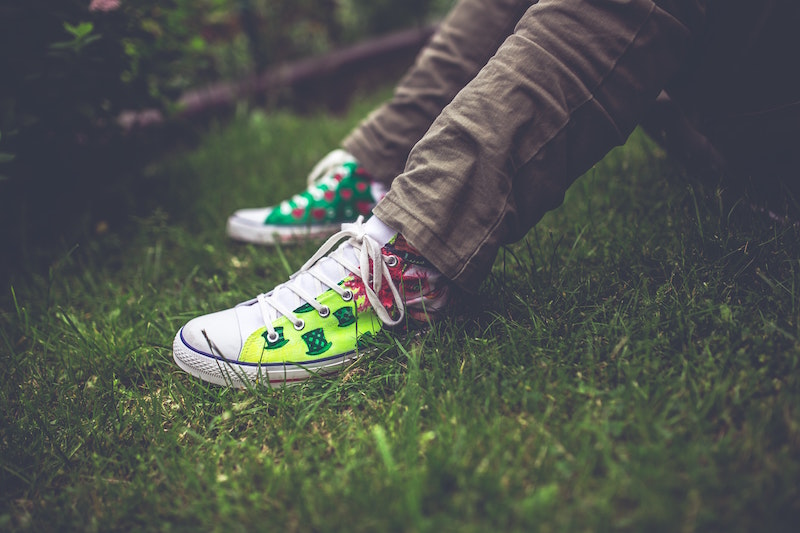 But what if they’re being a real pain?

What do you do when a kid comes up to you when you are sitting on a couch and they pass gas on your face?  Or they take a stuffed animal out of your car and take off its arms and legs and put it in a giant pile of salt? (I’m still not sure what his goal was.) Or when they are just plain-and-simple mean?

It is not easy to admit in a public forum, but the truth is that there are kids in my ministry that have been unruly, difficult, out-of-control, and I just didn’t want to deal with them.

Let’s Kick Them All Out!
If I was to kick out every kid that has done something rude or obnoxious or frustrating during youth group, I would end up pretty much alone on a Wednesday night. Even though, in my imagination, ending up in an empty youth room and eating all the chips by myself doesn’t sound too bad, that’s obviously not why we are all in ministry.

The kids that we are serving live an entire life separate from us. Even if we are super engaged in their lives, there is no real way to fully grasp and empathize with their circumstances, perspectives, past traumas, and the “whole” of who they are.

What makes a kid come into our group and steal from another kid? Or knock another one down?

Empathy Before Anger
Instead of asking “What did you just do,” maybe the question is, “What happened to you?” Or, “What’s really going on?” Perhaps that angry kid coming in doesn’t have a Dad in their lives, and they are lonely and have used anger to cope with their situation. Maybe that kid who cut up the stuffed animal was showing off for his friends, because he was desperate to get some sort of connection from someone.  Who knows?

We don’t. Not really.

So yes, we must have good boundaries in our ministries, and, unfortunately, there is a time and a place for having to make a kid leave the group for a week or more. It is our duty as youth ministers to think of the person first, to try and show empathy. Most kids have enough adults getting angry with them to last a lifetime; they don’t need it from us too.

Scoop Therapy
A volunteer in my ministry, “Ted,” was having the worst time with an eighth grader, “Brandon.” Brandon came in every week and disrespected Ted. All the time he would make loud, snide remarks. He would not listen to instructions and would break rules.  He would push Ted’s buttons on purpose, and he was good at getting a reaction.

One night, Brandon had really ticked off Ted. Ted walked into another room, and when I went to check on him, his face was red and his hands were shaking.  “Joel,” he said to me, “I can’t handle this kid.  I just can’t do it.”

So, I offered him the advice that I offer to you, and to all of my volunteers who have ever faced a kid like this. “Ted, here is $5. Take him out for ice cream this week.”

Ted was incredulous, “I don’t want to take this kid out!” It took some time convincing, but with a great deal of effort, Ted said he would try. We prayed over it, and to Ted’s shock, Brandon said yes!

And you know what? It wasn’t so bad. Brandon showed up and was “fairly” respectful, and they had a decent time. Ted asked Brandon questions about his life, and while they were out, Brandon came to realize that Ted really cared. Ted learned about some of the things Brandon was dealing with and gained some empathy and perspective.

The next week, they came back and things were a little bit better. They weren’t perfect…while peanut butter fudge ice cream may taste life changing – it isn’t actually magic. But because they developed a better relationship, Ted had earned some respect in Brandon’s eyes. Brandon listened better, and Ted was more patient.

True story, Ted and Brandon became close. Though Ted had some rough days trying to love this crazy kid, Brandon got to experience unconditional love in a way he had never felt before.

I’ve seen it happen over and over again. One on one time is what makes a difference.

Be Bold – You Can’t Lose
Kids act the way they do for a reason. Very few wake up and decide “I’m going to be a jerk tonight at youth group,” without having some sort of reason behind it.

Please, before you choose to be yet another adult in their lives that is harsh and quick to judge, take the time to listen. Take your kids out for ice cream. Learn about their family. Ask them what is going on in their lives. When they talk, be someone who really listens.

You can’t lose with this approach – if the kid doesn’t respond or things don’t go well, you at least got some ice cream out of the deal! But maybe, just maybe, it could be the start of changing a kid’s life forever.