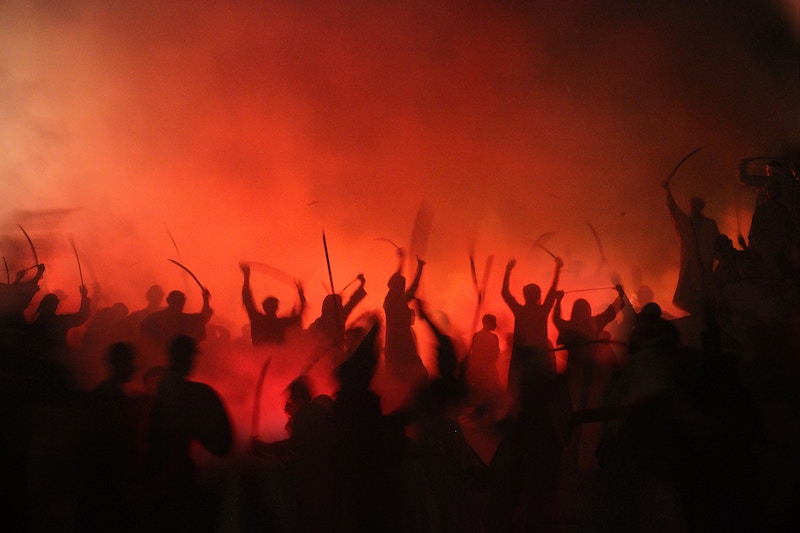 War ball is combination of dodgeball, capture the flag, and hide and seek. Let me explain!

You can make your own “war balls” by wadding up two pieces of paper and wrapping them in scotch tape, or simply buying those soft plastic balls that fill children’s “ball pits.” Your call, just make sure every single student who is playing gets 2 war balls apiece.

Turn off almost all of the lights, only leaving a few on. The “attacking” team must take over a designated area – or capture a flag inside the designated area – without getting hit by a war ball thrown at them by the other team. The “defending” team’s objective is to defend, of course!

Players may throw their war balls at any point during the game, and can re-throw any war ball they find laying on the “battlefield.” (In other words, war balls can be recycled during play.) If a player is hit, he/she is out of the game. Head shots do not count. If a person is hit in the head, he/she is still in the game. (This should reduce the temptation by some to throw war balls at other students’ heads.)

Set a time limit on each game so that they do not go on forever. Plus, you get to switch it up after the first game, making the defending team the attacking team, and vice versa.

Oh, and if you make your own war balls, save em! Your students will want to play this one over and over again!