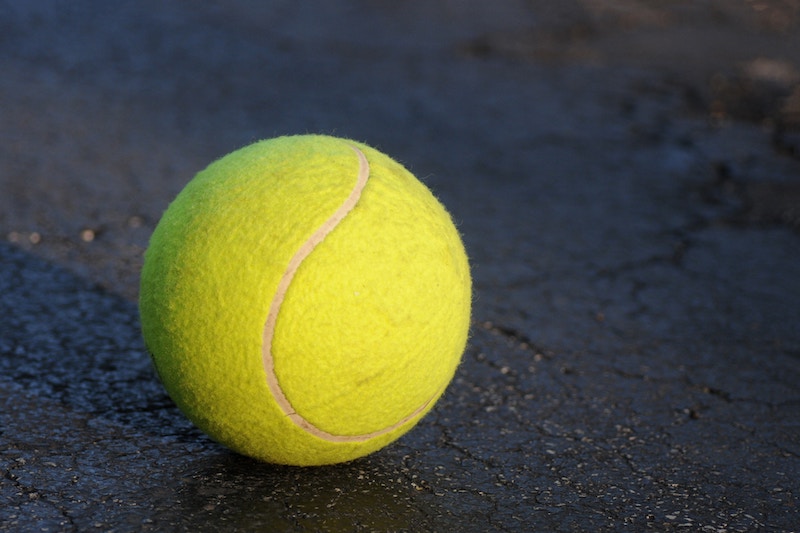 This game requires a lot of floor space, so a gym or large facility is best. If you like this game, but don’t have either of these at your disposal, you can play it outside. Here’s what you do.

The object of the game is for one team to be the first to have 10 tennis balls in their box. Teams can take balls from the center box, or from other teams’ boxes.

Here are a few extra rules.
1. Teams absolutely MUST stay in a straight single file line.
2. No player can ever take more than ONE ball at a time on their turn. In other words, a player must choose to take 1 ball from the center box, OR 1 ball from an opponent’s box. They can’t take balls from two different boxes, nor can they take multiple balls from one particular box.
3. Teams CANNOT guard their box or interfere with another player taking one of the balls from their box. (This can only be managed if players are in single file lines behind their boxes.)
4. Only one person from each team may be running on the court at a time.
5. Balls CANNOT be thrown to the next player or into the box, they must be handed-off and then placed in the box.