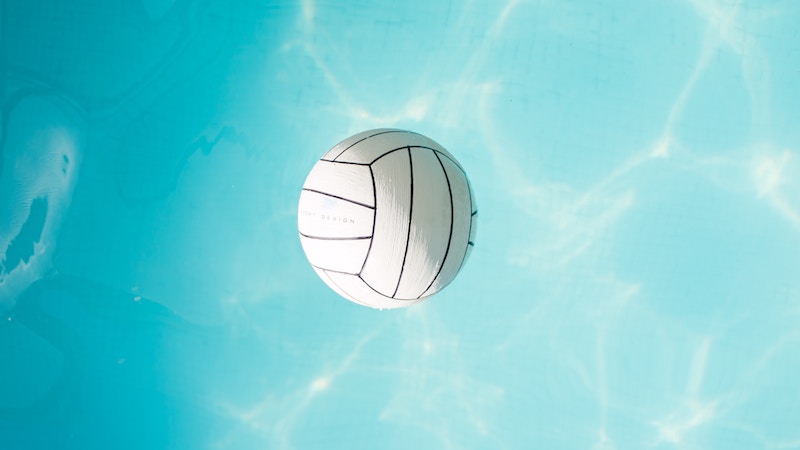 4 players compete against 4 other players. The game is played in a rectangular in-ground pool. Each team consists of a skipper (1), a midfielder (2), and two defenders/rebounders (3-4). The game is played with a volleyball-sized kid’s play ball. The first team to 11 points wins the game.

Play begins with a coin toss to determine who will skip the ball first.

The skipper from the attacking team must jump off the diving board. While in mid-air the skipper must “skip” the ball (just like skipping a stone) across the water and out of the pool on the other side.
The throw is no good if the ball does not hit the water first or the skipper makes contact with the water before he/she throws the ball.

The mid-fielders on each team swim in the middle of the pool or hold on to the side and wait for passes from the rebounders/defenders. In this position, midfielders can try for a “touch” on the deep end, or pass the ball off to a skipper (which at this time is usually located farther in the deep end). If the ball goes past the goal line (after skipping on the water at least once) 1 point is awarded to the skipping team.

Some of the other rules are:
The ball must only be held with one hand.

The ball must not go under water.

Any fouls will result in an automatic shot at goal by the non-offending team.

After a goal is scored, the defending team restarts the ball in one of the corners of the shallow end.

If the ball goes out of the bounds past the sidelines, the non-offending team gets a shot on goal.

All other people must remain in the pool during play (except the skipper, who is jumping off the diving board).