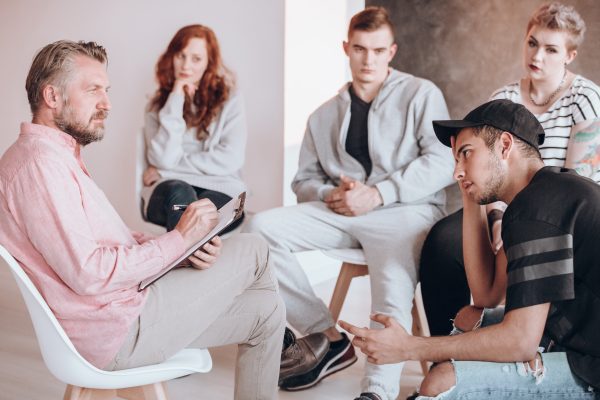 The youth ministry was fizzling out and no one knew why.

It was as simple as this: kids weren’t meeting Jesus, and the ones that already knew Jesus weren’t growing. As a result the group had sputtered and was on the verge of dying.

If it were a horse it would have been put down.

This past year I have had the opportunity to spend time with dozens of youth ministries first hand and have interacted with hundreds of youth workers. In that time I’ve met some incredible leaders and servants.

Earlier this year I spent some time interacting with this particular church whose youth ministry had grown stagnant. The congregation was desperately trying to figure out why. So I interacted with individuals from the leadership team to try to place my thumb on the pulse of what was going on.

After making small talk with one of the adult volunteers on youth group night, I finally asked her, “So what’s your role here on a typical Thursday night?”

“Well,” she said, scratching her head, “I do announcements.”

I waited to see if there was more.

I wouldn’t claim there is just one right answer to my question, but I sure could name a few wrong answers. And the more people I talked with at this particular church… the more I heard!

I thought I’d try to prime the pump a little, in search of better answers. “So, do you just run the snack bar or do you get a chance to hang out with kids too?”

“Yeah, I’m a small group leader,” one lady responded in a monotonous tone.

Finally! A glimmer of hope! Contact with kids. So I dug a little deeper. “Are you getting to know some kids pretty well?”

“Not really,” she responded dryly. (I literally heard that glimmer of hope make the sound Pac Man makes when he dies.) “The youth pastor has us switch kids every week.”

I couldn’t help myself. “Why do you think he does that?”

That question didn’t even draw a verbal response. Just a shoulder shrug, as if to say, I don’t know.

I didn’t mind that the youth pastor switched group leaders each week—I’ve seen all sorts of small group formats work in different venues. But typically there’s a method behind the madness. I was just curious of the method behind said madness.

In fact, it didn’t matter who I talked to, or what I asked. This team of leaders didn’t know why they were there… other than to perform small tasks.

Hear me clearly! These volunteers were not bad volunteers. They were a resilient team of people who cared enough to give up their time and serve in one of the most lethargic settings I’d experienced.

They were just serving under very poor leadership.

1. What good is program without purpose?
What good is a youth ministry where the leaders are so busy doing “stuff” they don’t even get a chance to get to know the kids? In other words, who cares if we have a snack bar stocked with goodies and the best band in the city, when those “jobs” keeps us from interacting with the very kids we’re trying to minister too! That would be like investing an enormous amount of time and money into throwing a huge party, but never sending out any invitations.

If programming itself becomes the focus, rather than the purpose behind the programming… it’s time to start over and ask some big questions? (What is our mission?How can we achieve said mission?)

2. How much passion and longevity are our volunteers going to have if they don’t know how they fit into the big picture of changing lives for eternity?
In other words, what good is it if someone sees their role as merely “giving announcements”? Do they not know that they are part of something meaningful? That would be like a factory worker being asked her role and responding, “I work a hydraulic press all day.” Verses the same job at a different factory where a worker replies, “I build Chevys!”

Do our volunteers even know they’re building Chevy’s?

What’s your role in ministry?

How would your team answer these questions?

What’s your role as a parent, a husband, a wife… a neighbor?

Please… don’t tell me you just run the snack bar!