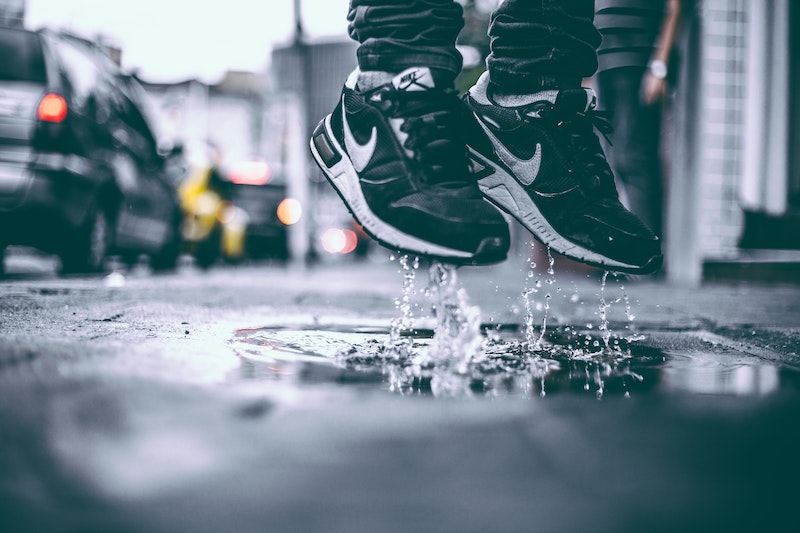 All you need are two hula hoops and four students wearing shoes. Place the hula hoops 40-50 feet away from each other. Teammates stand facing each other in opposing hula hoop “pits” so that half the team throws from one hoop and half throws from the other. Each player pitches both shoes followed by the opponent’s two shoes. In pitching a shoe, the player may not cross the foul line (the end of the hula hoop). Once all six players have launched their shoe, count up your score, collect your shoes and go again. Games are played until one team scores 21 points.

Variation: Instead of throwing the shoes, fling them from your feet.