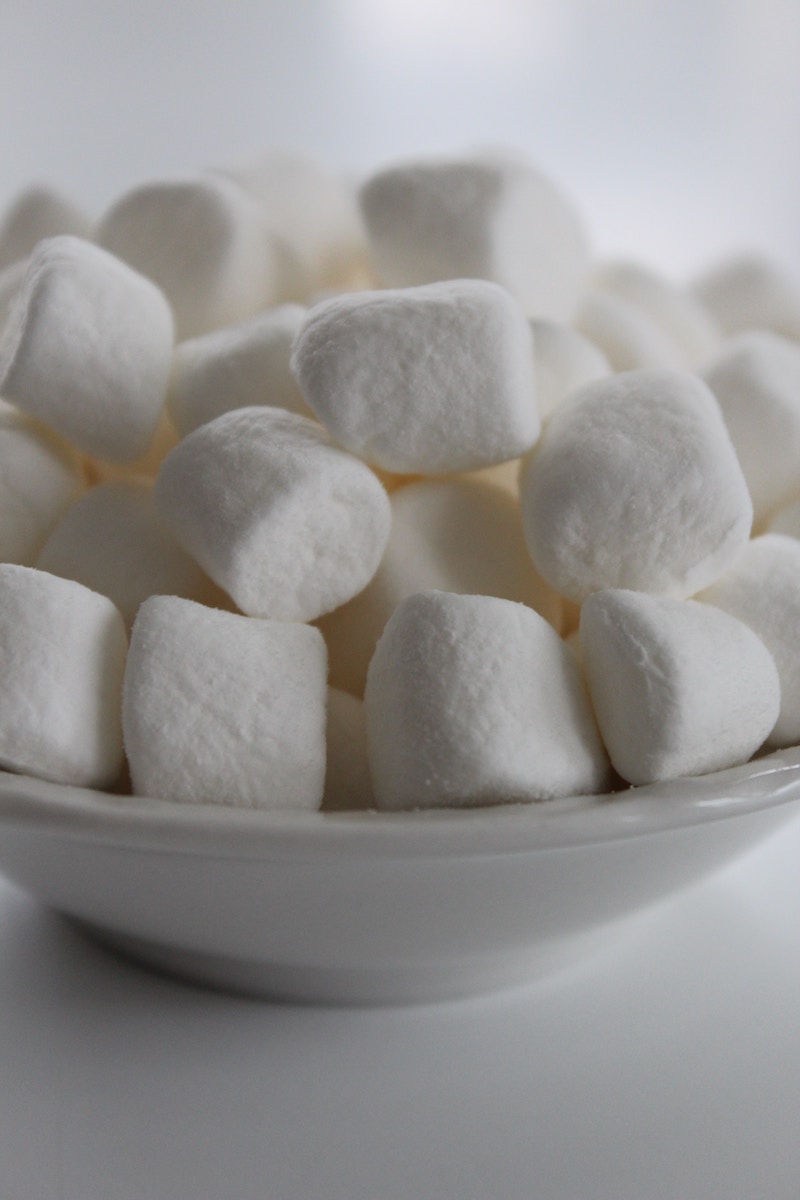 Divide students into two teams and have one team go to each side of the room. Divide the room with masking tape to mark where players cannot step across. Put a plastic cup on the head of every player on one of the teams (so that everyone on one side of the room has a cup on his or her head). These players sit against the wall on their side of the room, evenly spaced apart.

The game starts by having the players on the other side of the room chuck the marshmallows at the cupheads, attempting to knock the cups off. Give a point to each side that does just that.
After a certain time limit, have the teams switch. The team with the most points at the end of the game wins.

Variation: Have part of each team be cupheads, while the rest of the members are throwing the marshmallows. This will create a beautiful crossfire of marshmallows.

Optional: Soak the marshmallows in water so they will stick to the player when hit.

Rules: The cupheads must sit on their rears at all times.
If you have enough students, have someone guard the cupheads so the cup won’t get hit.

Clean-up: After the game, players will have marshmallow powder on them which either makes a great crowd pleaser or a mess, so you might have wet paper towels close by. Caution: If you are in a carpeted room, clean up the marshmallows right after the game so they will not leave a big stain (thereby ensuring an ongoing friendship with the church janitor).