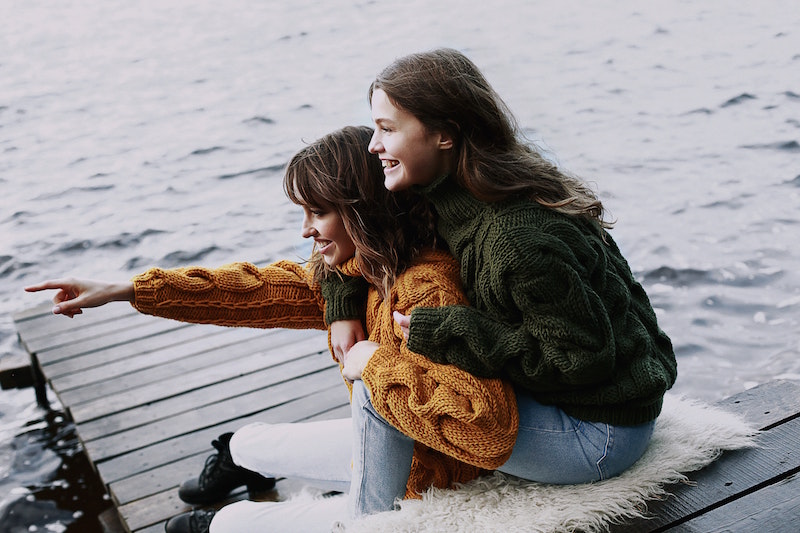 In the last 16 years of doing youth ministry, I’ve asked hundreds of kids to write down an answer to the question, “If God came to you in person, what is the first thing He would say to you?”  Almost always, when I open up the little slips of paper, the answer has to do with some bad behavior.

“To be nicer to my sister.”

I solidly believe, however, that the first thing God would say to any of us is, “Hey….you…I love you. I think you are amazing, and incredible, and worthy, and special, and valuable, and important.” (Though perhaps God would have better grammar than that).

The point is – if God was going to say one major thing to us – it is a message of love. That’s the message of the cross.  Jesus didn’t tell the thief dying next to him, “Now, in the next hour of your life, make sure you be nicer to your sister, then you can join me in paradise.”

So why does that matter?
At least half of the kids I talked with would identify themselves as a “non-Christian.”  So, with this fairly even mix of backgrounds, it’s clear to me that our culture tells kids that God’s “first thing” is about whether they have been bad or good. His acceptance is based on whether our good outweighs the bad.  This “Santa Claus” theology omits God’s incredible grace, the fact that our behavior doesn’t earn our way into heaven, and that our value is innate and not based on our performance.

Many of our kids don’t want to show up to youth group when they’ve been “bad.” Many won’t engage and ask for help when they have done something wrong. They are slammed with guilt and shame, which only traps them further into the problem that they are wrestling with in the first place. Kids struggle for years with some dark behavior, knowing that it is wrong and wishing they could come out of it, but not able to ask for help because they have “learned” from our culture that their behavior demonstrates their worth.

But we can’t tell them doing bad things is good? Right?
Of course not.

I’m not trying to say that we need to get rid of speaking good behavior into our youth. I should tell kids, at the right time, that they shouldn’t lie – because lying hurts them and it hurts others.

Mike, an 8th grade boy, was sitting in my car’s passenger seat when he burst into tears.

“I just tried marijuana for the first time, Joel.”

He was crying with gut-wrenching sobs. His shame was as palpable as the steering wheel beneath my fingers. Mike knew the dangers of drugs. Not only had he learned about the consequences from adults regularly, he had seen first-hand how drugs wrecked members of his immediate family.

Since I was kind to him and put his value first, he went with me willingly to tell his mom what happened.  Though I’d love to tell you that was the only time he ever tried pot, that month marked the beginning of his years of struggle with pain avoidance via substance abuse.

Mike continued to struggle, even though he continued to know that “it was wrong.” Yet, he still came to our youth ministry and still regularly spent time with me. He regularly prayed with me and knew that Jesus loved him despite his behavior.

Then, at the right moment at the right time, Jesus freed him. Mike embraced Jesus’s call towards a thriving life and was able to let go of his destructive behavior.

Our Message is Jesus.
What sets us apart from the behavior teaching of others is that we have Jesus. When I get up to speak in front of kids, I rarely go for the “anti-sex” talk. Yes, I have done them, and this writing isn’t to condemn such a talk. What I find, though, is that the most impactful times I have with youth is when I tell them something amazing about Jesus. When I tell them about God’s marvelous power and the wonders He has done, and then tell them that this incredible God loves them – that is where real life change happens.

May we be youth ministers who speak life into our kids, not condemnation. Our kids don’t need us to throw stones at them. May we be bold enough to stand for truth and goodness, but to do so while putting the first thing first.