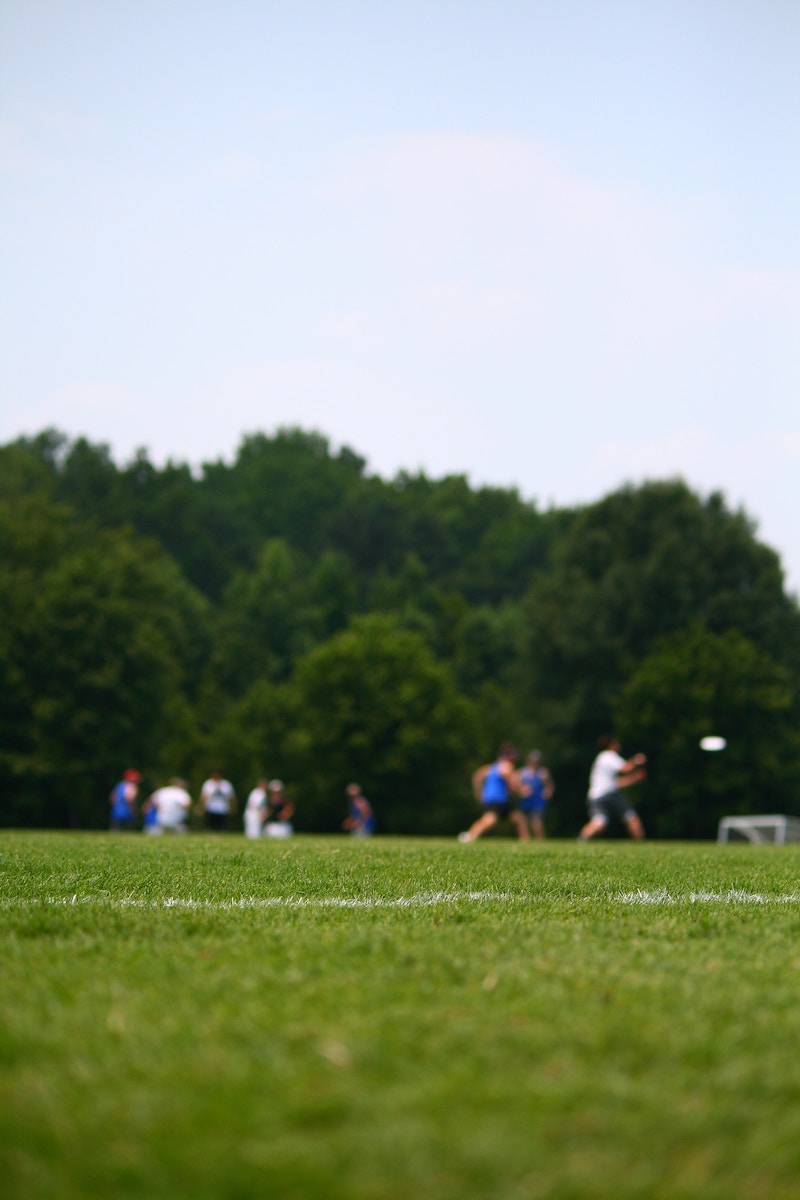 This game uses the rubber flexible Frisbees that you can get at Wal-Mart for $2.00 each. It is played on a court, (I use the inside of my fellowship hall).

You need to create soccer-like goals. You can use masking tape at both ends of the court to do so. Place two chairs inside the goal so that the chairbacks face each other. Place a Styrofoam cup on each chair. Inside of the goal there should be a masking tape barrier in front of the chairs to prevent the goalie from hovering around the cups making the game unplayable.

Play: Divide into teams. Each team will need a goalie. Allow the teams some time to develop their own strategy as to how they will move the Frisbee down the court. Start the game by yelling “go” and throwing in one Frisbee. (You can also have the goalies throw other Frisbees into the game).

When a player gets a Frisbee they are ONLY allowed to take three steps and then must throw or toss the Frisbee to another player on their team. No grabbing directly from hands is allowed; when it happens, do a ‘jump ball’ or simply stop play and re throw it in. (Hand to hand passes usually rip the Frisbees and turns the game into a wrestling match)

Each team tries to move the Frisbees closer to their opponent’s goal and knock over the two cups. You get one point for each cup knocked over. Stop play after each goal and throw Frisbees in to start play again.

It gets interesting when you throw in additional Frisbees. You can add penalty shots, penalty box or whatever you want.

NOTE: You will want to purchase several of the rubber Frisbees for this game. They tend to become statistics in this game!