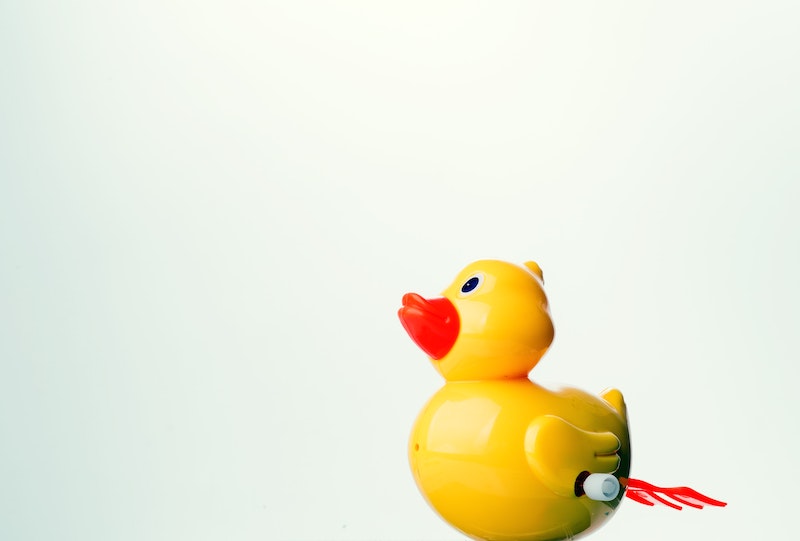 If you have a swimming pool and lots of teens together, throw in a couple of rubber ducks, and you can play Duck Thrust. Here’s how it works.

The first one to get his duck to touch the other end of the pool (obeying the rules) is the winner.