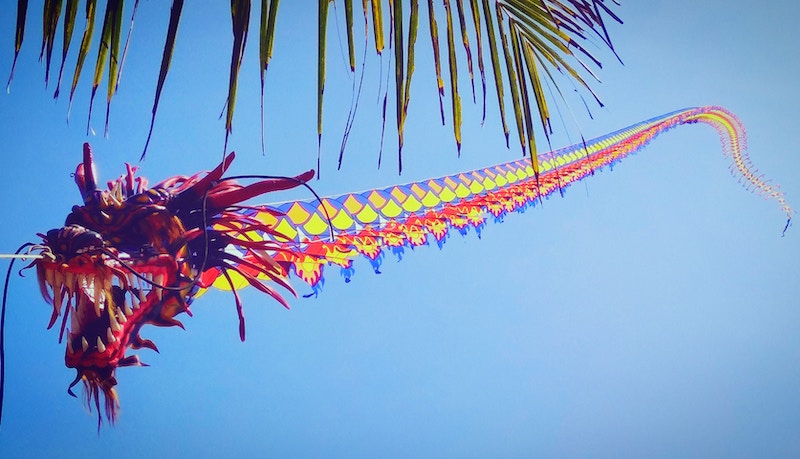 This game works best for groups of 10 or more. The larger your group, the bigger space you need. Here’s how you play the game.

Split the group into even numbered teams and have the teams line up single file, holding the shoulders of the person in front of them. (You can have two teams, three teams, four….) Now, each team is a “dragon.”

The object of the game is to create the longest/biggest dragon. To do so, each team runs around the room with the first person of one dragon trying to tag the last person of another dragon. Once tagged, that person goes to the end of the dragon that tagged them, becoming the new “tail.” Incorporate a 10 second “no tag backs” moment so the dragons can distance themselves from one another after each tagging.

You can end the game one of two ways. First, when all people have been consumed into one dragon (which takes a long time), or secondly, by putting a time limit on the game and the dragon with the longest tail (most people) wins.

Note: The major rule in this game is that all kids must always be holding the shoulders of the person in front of them. This prevents a student from “breaking off” to chase after someone else.