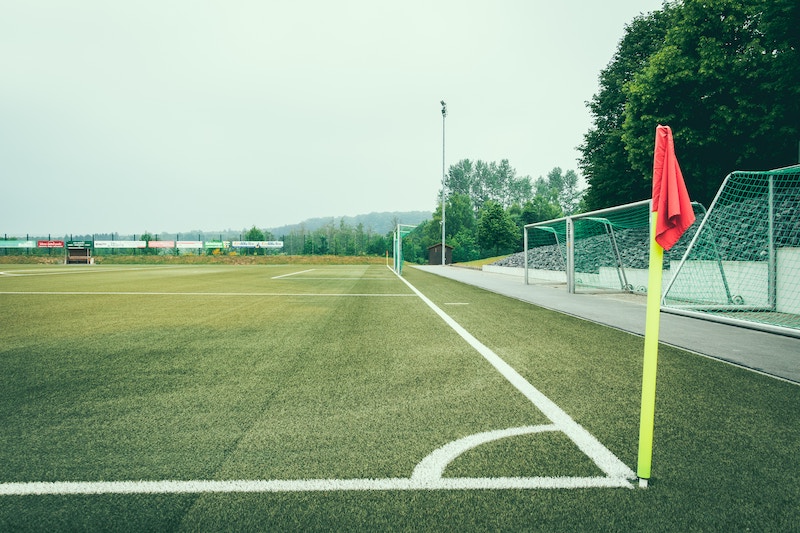 The cool thing about Blazedale Ball is…it ain’t over till the fat lady sings! It is anybody’s game, right down to the last second. Let me explain.

You’re gonna need several balls to play this one; 4 soccer balls or 4 volleyballs work well. You’re also gonna need some space, and lots of it!

First, set up four square zones (about the size of a booth at a restaurant) at the four corners of a larger square (about the size of a basketball court). Just make sure the zones are the same size and that they are equidistant from each other. Next, put a ball in each zone. Finally, put 5 or 6 students (or another number of your choosing) INSIDE each of the zones; they’ll need to be wearing flag football flags. You’re now ready to play.

When the game starts, the objective of each team is to steal balls from the other zones, bring them (safely) back to their zone, and then guard them until the game ends 3 minutes later. The team with the most balls IN THEIR OWN ZONE at the end of the game wins!

Here are the necessary rules that will govern play:

1. Players are allowed to stand in their own zone if they want.
2. Students’ flags can be pulled in THEIR OWN “zone” or on the playing field in between the zones.
3. The ONLY place a player is safe is INSIDE another team’s zone. But they can only remain in the zone for 10 seconds. (If they stay longer than that, they are automatically out.)
4. If a student’s flag gets pulled, he/she is out for the remainder of the game.
5. A player who makes it into another team’s zone can only take ONE ball per visit.
6. A player may run out with the ball in his/her hands. However, if his/her flag gets stripped before they get to their own zone, the ball has to go back to the zone it was stolen from, and the player goes to the sideline to sit out the game.
7. A player can also choose to throw the ball to a teammate anywhere on the field (including their own home zone). However, if the ball hits the ground, it has to come back to the zone it was stolen from.

The score is ONLY counted at the end of the 3-minute game. The team with the most balls in their zone at that time is the winner. Balls outside of a safe zone do not count for any team – even balls that are held by players.

NOTES:
1. You may want to have several adult leaders serving as refs throughout the games.
2. If your whole group is only 15-20 kids in size, you can play multiple rounds and just add of the scores for one grand total after 3 or 4 games.
3. If you have a large group (30 kids or more), then you’ll want to shorten the game to 2 minutes so you can keep circulating kids into the game.

Idea by Adam W. and Jake A.