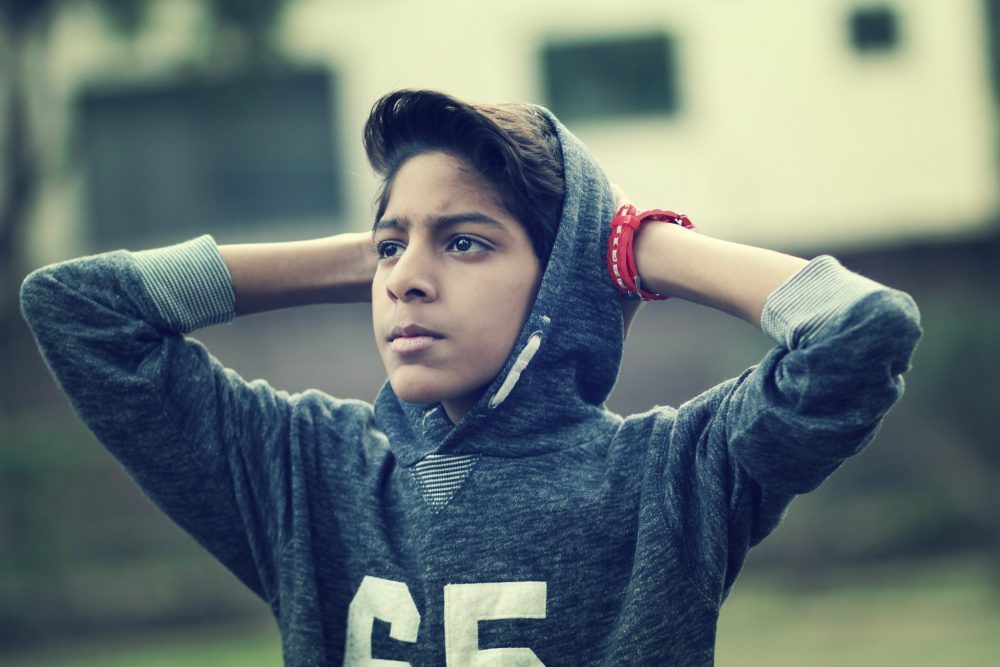 How can we proactively help today’s unmotivated, undisciplined
and eventually unemployed young males?
by Jonathan McKee

Where are all the committed Christian guys?

That’s what the girls at Grand Canyon University are asking, because only 24.59% of the school’s students are guys. That’s three girls to every one guy (I don’t think the guys mind one bit). That’s a lot of girls with their act together… and a few guys.

Is this abnormal? Or is it possible that the number of committed Christian guys are simply “distracted” from focusing on what matters?

But there is something we can do about it…

Two Girls for Every Guy
Are other Christian schools noticing this “failure to launch?” I called a friend who works in admissions at a large Christian university and asked about this disproportionate ratio of girls to guys.

“It’s typical for Christian schools,” she told me without missing a beat. “More so than secular campuses.”

“What’s your ratio of girls to guys?” I asked.

The Christian college my girls attended had a 2 to 1 ratio. The guys there would jokingly sing the Beach Boys lyrics, “Two girls for every guy…”

Secular university ratios aren’t quite as asymmetrical, but they still are weighted on the female side. In fact, 2.2 million fewer men than women will be enrolled in college this year. Overall, women will account for more than 56% of students on campuses across the U.S. In the 70’s those numbers were almost exactly the opposite, 58% men to 42% women.

Other countries are seeing even greater inequalities. In Malaysia, more than 64% of university enrollments are female. A recent UK study revealed young women are 36 percent more likely to apply to university than their male peers – a record high number.

And the college dropout rate is higher for males. “Over the past decade 30% of male college students have dropped out during their freshman year,” education expert Dan Riseman discloses.

Whenever I ask an educator that question they will always mention at least two factors: video games and weed.

But these distractions are affecting more than just education…

Unmotivated, Undisciplined…Unemployed
“Where do you see yourself after high school?” I asked my small group of 8th graders. The responses weren’t very noteworthy… until you compared girls to boys.

Guy’s:
“The military.”
“No idea.”
“Maybe college.”
“I don’t know. Somewhere where I can play video games.”
“I’m going to become an electrician.”

Maybe this is just because the female brain develops quicker and sooner than the male brain, right? Or is it something more?

Why is it that every time I teach at a student leadership convention, the room is typically filled with about 75% females? Not every Christian camp, not our dodgeball tournaments, but whenever we gather young people who are serious about their faith girls are always the overwhelming majority.

I’m not saying males in Gen Z are all “going to Hell in a handbasket” (I’m not even sure what a handbasket is). I’ve met some great teenagers with bright futures. I’m just asking… why the surplus of females? Where are all the committed Christian males?

As a dad with two daughters, I’m thrilled for females, but definitely worried about young men.

We’re seeing the same disproportion in the job market. Millennial guys are dragging behind the rest. In fact, Bloomburg reveals, “ten years after the Great Recession, 25 to 34-year-old men are lagging in the workforce more than any other age and gender demographic.” Why? We can’t blame this on guys developing later, after all, the male brain is done developing in the mid-twenties.

Stand next to me at the back of one of my parent workshops and watch me field questions from today’s moms and dads. If they begin their sentence with, “I have a question about my son…” then I know exactly where the conversation is going, one of four directions: screens, sexual temptation, substances, or struggles with self-esteem.

When my publisher approached me about writing another book to young guys they asked me, “What are the battles today’s guys are facing?” I didn’t miss a beat.

I hear it every weekend from parents.

“I caught my son looking at inappropriate images on his phone.”

“My son thinks weed is ‘no big deal,’ and I have no idea what to tell him, after all, it’s legal.”

“My son has no idea what a man is supposed to look like today.”

So how can we help young men battle these distractions?

Finding Focus
How do we actually help young men find focus in a world inundated with distractions?

Don’t underestimate the power of a positive mentor walking through life with a young guy. Behind every successful person, there’s a mentor who helped them along the journey.

A few years ago, one of NBA’s greatest players, Allen Iverson, was inducted into the Hall of Fame. In his emotional and humorous speech, he thanked God for loving him and blessing him; he thanked Tupac and Michael Jackson for being his theme music throughout his career; and in one of the most tender moments of his speech he thanked Philadelphia 76ers coach Larry Brown.

Think of that young man in your life who has so much potential. Who is his mentor? Does he have someone in his life he can glean wisdom from besides Post Malone’s Insta story?

In a world full of so many distractions we need to become proactive about walking with young men as they fight these battles. Grab a discipleship resource that speaks about these issues and meet with a guy over McDonald’s fries once a week. Don’t assume that one school assembly about sex or drug use counters over four hours a day of what they’re hearing daily from music alone.

If you’re a parent, ask yourself, “Am I being proactive about engaging our kids in conversations about truth in our home?”

If you’re a youth worker, ask, “Am I recruiting mentors to hang out with kids one-on-one?” (especially when ministry effectiveness is intrinsically tied to our adult to kid ratio)

If we are not proactive about building into today’s guys, they’ll default to what they’re gleaning from that screen they carry around in their pocket. What are they learning from that?

The answer to the question, “Where are all the committed Christian guys?” will be decided in the next decade simply by how much time we’re willing to invest mentoring them, helping them prepare for these battles and navigate these distractions.

Who are you discipling?

Jonathan McKee is the author of over 20 books including the brand new book for young men, The Guy’s Guide to Four Battles Every Young Man Must Face.

“Young men, please consider reading this book. If you take the advice to heart, it could be a game-changer for your life now and in the future. Jonathan tackles four of the biggest battles you face daily, and yet he does it with humor, stories, and biblical insight. As a father and teacher, I wish every young Christian man would read this book.”
–Sean McDowell, PhD, Biola University Professor, speaker, and author of over 15 books including So the Next Generation Will Know