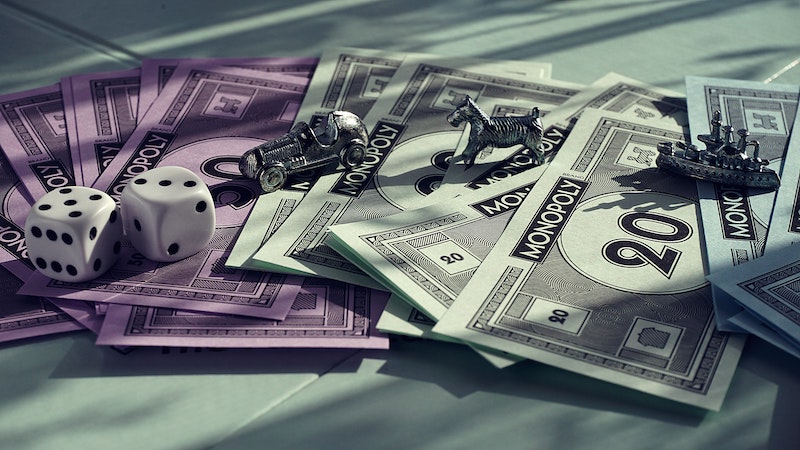 Preparation: You will need Monopoly money, 3×5 cards or whiteboards for this game

Choose 3 or 4 contestants to play. Each player will be given $1000 in Monopoly money at the start.  At the beginning of each round, players will hear the category. Each player will then try to answer a trivia question from that category. Contestants decide how much money they would like to wager on the question. All bets are made in $100 increments. The players will hear a question and write their answers down on a 3×5 card or whiteboard. If they get the question right they double whatever money they wagered. They can then use winnings to gamble on the following questions. If they get the answer wrong they lose whatever money they wagered. If at any time a person gambles all their money and answers incorrectly they are out of the game. Give a prize to the player with the most money at the end of the game. For a game about 15 minutes long we used 7 questions. Here are the questions we used, (since it was near election day we asked more questions in the “political category” than normal)

Category: Politics. Who is the current Vice President of the United State? (Answer: Joe Biden in 2012, Mike Pence presently in 2018)

Category: Mathematics. An equilateral triangle is made up of 3 equal sides and 3 equal internal angles. How many degrees are in each of the 3 internal angles? (60°)

Category: Sports. In 2006, it was Super Bowl 4. Who won that game? (New York Giants beat the New England Patriot)

Category: Politics. Abraham Lincoln was the 16th president of the United States. Was he part of the Democratic or Republican Party? (Republican)

Category: Science. This is the most common element in the atmosphere and has an Atomic number of 7 on the periodic table, is it Oxygen, Nitrogen or Hydrogen? (Nitrogen)