Turn Down for What 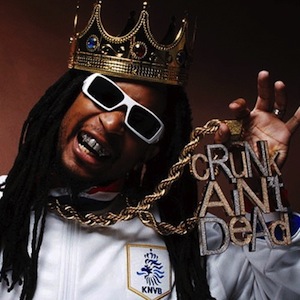 Main Point: In a world where “losing control” is celebrated, God’s people live by giving Him control.

The Song and Music Video:
The video for DJ Snake & Lil Jon’s song, Turn Down for What, is going viral, probably for the same reason LMFAO’s video Sexy and I Know It went viral or Katy Perry’s Last Friday Night went viral… this generation likes humor. The Turn Down for What is probably more random and bizarre than funny… but it’s definitely one that kids are talking about (hence, viral).

The video features a guy losing control as he hears the music and humping everything in sight. This “loss of control” grows contagious and afflicts others, destroying everything in its path.

The bizarre part is that the guy’s penis and one of the girl’s boobs seem to catch “the affliction” of the beat and begin gyrating out of control. Hard to even explain. (Read more about the song and video in our Youth Culture Window article here).

Regardless, I probably wouldn’t show this music video, at least in its entirety, at most church youth groups (even though many to most kids will have already seen it), because the lyrics alone offer plenty to discuss.

Intro Statement: You say this…

It’s a common theme in songs. That song, I’ve Got a Feeling, by the Black Eyed Peas, was at the top of the charts all summer in 2009, then back on the charts again when they opened the 2011 Super Bowl Halftime show with the song.

The lyrics of that song:

Fill up my cup Mazel tov
Look at her dancing
Just take it…OFF
It’s funny how many songs have this message of “lose control” and “do whatever you want. In fact Wiz Khalifa, Timbaland, Missy Elliott and Keri Hilson each have a song by that title… Lose Control… just in the last few years. As for the topic of “doing whatever you want”… the examples are endless. I think Miley probably provides one of the most memorable songs with that message, in her song last summer, We Can’t Stop, saying…

And I think DJ Snake and Lil Jon took her advice, singing what they want. Because they didn’t seem to hold back with their simple little hit, Turn Down for What.

Let me hand out the lyrics so you can take a peek.

Fire up your loud
Another round of shots
Fire up you…

Fire up your loud
Another round of shots

Large Group Discussion: You say this…

Someone tell me what “Fire up your loud” means. (see if any one knows)

“Loud” is a term for marijuana, so “fire up your loud” means light up. Sure, loud can also mean being loud and crazy, so it’s a nice “under the radar” message the song communicated. Parents don’t really know what it means, but many kids do.

We all know what “nother round of shots” means. Someone tell me what “turn down for what” means. (see if anyone knows)

“Turn up” means to get drunk or high. So if someone asks you to turn down, they are saying, “Chill,” maybe because you’re out of control or are going to get them in trouble. Then they might reply, “Turn down for what?” Meaning, “I’m not going to stop this partying for nothing. I don’t care!” Urban Dictionary defines it as being drunk and high and continuing to be all night no matter what.

In short, the song is saying, get high, get drunk and crazy, and don’t listen to anyone who tells you to stop. What reason is there to stop?

Transition Statement:
So let’s ask that question tonight, what reason is there to stop? Is it bad to light up, drink up and just lose control?

The Center of Alcohol Studies at Rutger University did a research project (posted in The Journal of Studies on Alcohol and Drugs) following hundreds of young women from their senior year in high school through their freshman year of college. The study found two alarming discoveries:

Imitate God, therefore, in everything you do, because you are his dear children. 2 Live a life filled with love, following the example of Christ. He loved us and offered himself as a sacrifice for us, a pleasing aroma to God.
3 Let there be no sexual immorality, impurity, or greed among you. Such sins have no place among God’s people.

15 So be careful how you live. Don’t live like fools, but like those who are wise. 16 Make the most of every opportunity in these evil days. 17 Don’t act thoughtlessly, but understand what the Lord wants you to do. 18 Don’t be drunk with wine, because that will ruin your life. Instead, be filled with the Holy Spirit…

Wrap Up:
Fill your cup! Mazel tov! It might be a catchy song… but is that the life you want?

In John 10:10 Jesus told us that he has come to give us life so we may live it to the full. God offers us so much joy and fun in this life… and guess what… we don’t have to be drunk, high or out of control to enjoy it. Point of fact… when we do engage in those activities, we’ll spend much of life in regret.

Maybe we should consider the words we heard from the Bible tonight, “living a life of love, following the example of Christ, no sexual immorality, don’t live like fools, don’t act thoughtlessly, don’t be drunk with wine…”

Some of you might say, “Yeah, but that’s difficult at times. Especially in a world where much of that is celebrated!”

Yep… in fact, it’s impossible to do all that stuff on your own. That’s why you need to listen to the last part of that passage, “be filled with the Holy Spirit.” In other words, put Him in control of your life.

If you’ve never done that, you can do it right now. You can say, “God, I’m tired of living life out of control… I want to give you control.”