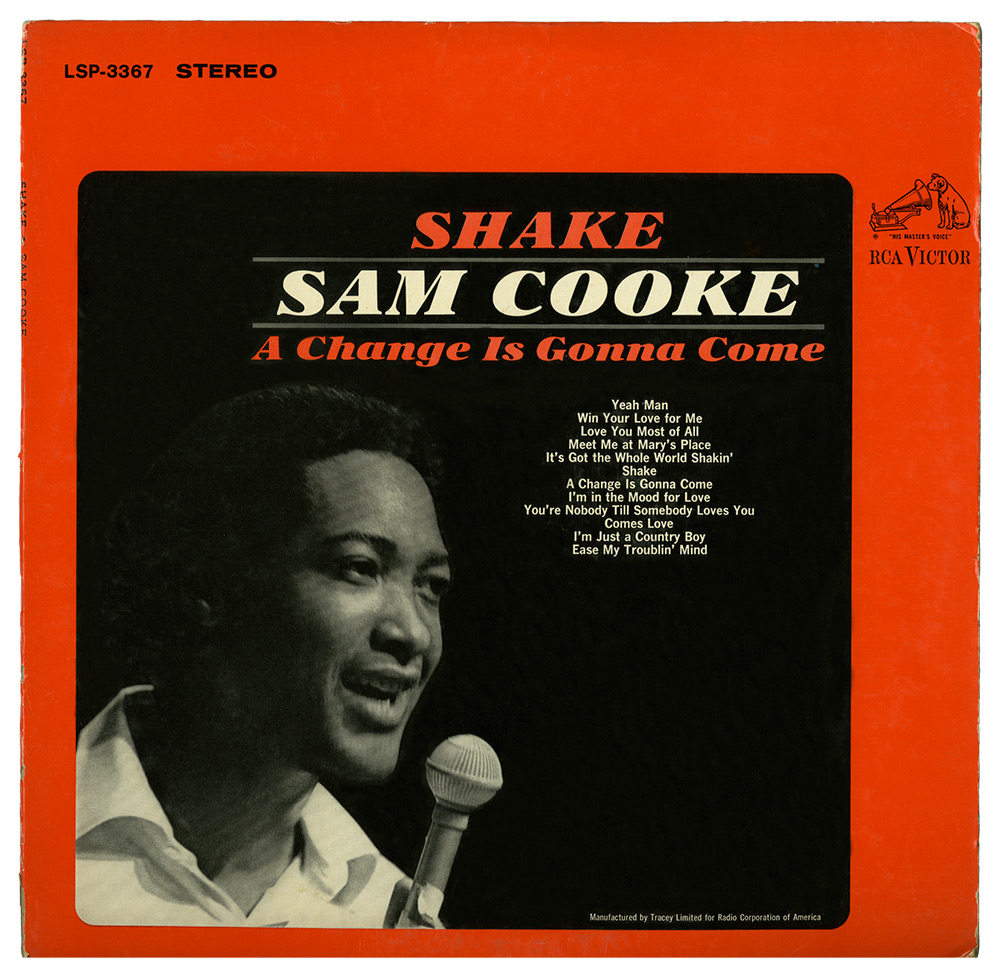 Main Point: Followers of Jesus are called to be agents of change in this world as they live out God’s incomparable love toward others.

About the Artist – Sam Cooke

Born in Mississippi, Sam Cooke was known for huge hits like “You Send Me,” “Wonderful World,” “Chain Gang” and “Twistin’ the Night Away.” Cooke grew up in Chicago where his father served as a minster. He began singing gospel music at a young age, and eventually joined the popular group the Soul Stirrers. Cooke became known for his business smarts, establishing his own publishing company in 1959, and negotiating a strong contract with RCA in 1960. The contract allowed him to own his master recordings after 30 years, which was remarkable for any recording artist at that time. After hitting it big with several popular songs, Cooke was shot and killed in December of 1964. There are questions about the circumstances concerning his death, but no questions about the legacy he left behind. He was inducted into the Rock and Rock Hall of Fame in 1986.

I was born by the river in a little tent
Oh, and just like the river I’ve been running ever since

It’s been too hard living, but I’m afraid to die
‘Cause I don’t know what’s up there beyond the sky

Then I go to my brother
And I say, “Brother, help me please”
But he winds up knockin’ me
Back down on my knees

Introducing the Song – You Say This: After being turned away from a Holiday Inn in Shreveport, Louisiana in 1963, Cooke had a strong reaction to the racism he experienced. As a result, he was arrested and jailed as this event was in the peak of the Civil Rights Movement. A few months later, Sam Cooke wrote this song to be a universal message of hope, and this song became an anthem for many people in the 1960’s.

The Music Video:
The music video can be viewed for free at: https://www.youtube.com/watch?v=wEBlaMOmKV4

DISCLAIMER: The video contains images that some could find offensive. We encourage you to privately screen the video for discernment. The video is not necessary for this discussion as it is based solely on the words and message of the song.

Transition Statement – You Say This:  Written nearly sixty years ago, the message resonates with many today. As we experience many strong reactions to the death of George Floyd in Minnesota, how are followers of Jesus to respond? Let’s talk about this and see what God’s Word has to say.

Wrap Up – You Say This:  There are different types of change we can bring into this world. There’s systemic change, where systems and structures are recreated to produce a different outcome. There is also person to person change. This is the type of transformation that comes through personal interaction and the influencing of a life. When you consider God’s calling on your life, you may be called to influence systemic change. If that’s you, then enlarge your prayer life. Ask God to move mountains and to show you the steps to take. However, every follower of Jesus is called to love others in a way that brings person to person change. God has invited us into His story. The truth of 1 John 4:11-12 says that since God so loved us, we also ought to love one another. As you consider your role in God’s story, what are some practical ways He might be inviting you to love someone as a way of bringing change in this world, especially where racism is concerned? Maybe it’s listening to someone, showing concern in a practical way, or simply being present. Take a moment and ask God to show you a tangible way to demonstrate His love.

(Pause and give them a quiet moment to meditate and pray silently.)

Those who follow Jesus simply cannot be silent when it comes to oppression and racism. We are called to go beyond social media activism and invited to engage other people with the incomparable love of God. You have everything you need to take a step into someone’s life to demonstrate His love in a practical way. Take a moment and confess any fears you have or to ask God to remove any barriers you might see – so you can faithfully take action.

Sam Cooke believed change was coming, and in many ways it did. The work is not yet finished. In fact, things in this broken world will not be repaired until Jesus returns. Until that day, He has called those who are His followers – called His Church – to love others with His amazing love. Let’s be people who are willing to wade into the mess and be agents of change as we bring His love anywhere we are able.