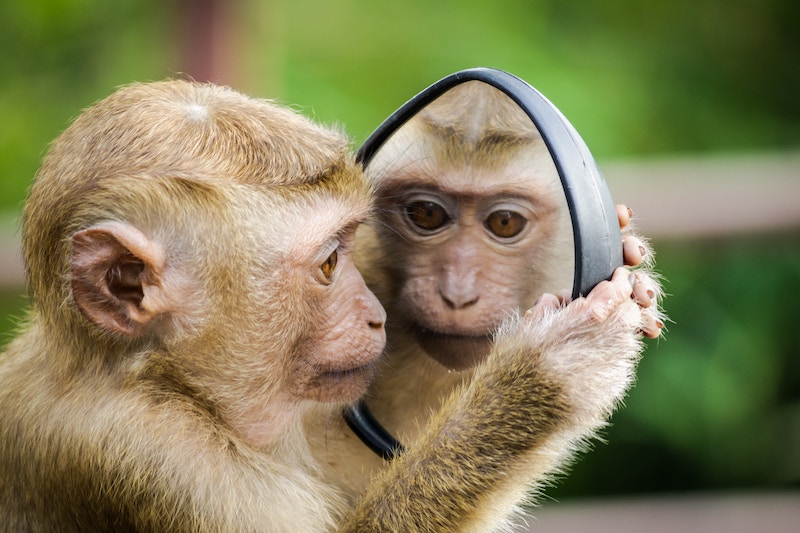 STEP #2: The Top Monkey tells the crowd that the way they become Top Monkey is by beating Top Monkey at his imitations. Top Monkey then instructs and leads the crowd to go into the Top Monkey position while they repeat “Top Monkey” over and over again, until Top Monkey yells, “Not a monkey!” Then everyone chooses an animal to be, besides the top, monkey signified by the symbol (snake, raccoon or bunny.) If they match the top monkey they get to remain in the game and remain standing. If not they sit down. Once this is explained with two or three trials, the game begins, but, everyone in the crowd turns around for the game so that nobody can cheat off the top monkey. After their animal is chosen, they turn around to find out if they advance to the next round. NOTE: Expect most people to beat the Top Monkey during the trials when they face the Top Monkey. That’s good because it gets everybody’s confidence up.

STEP #3: Start and continue rounds until one member of the crowd remains. They become Top Monkey for the next game.

BONUS STEP: Even though the last remaining member of the crowd is Top Monkey, they go “back to back” for a challenge with the old Top Monkey for the Alpha Monkey position until they beat him or her.

Reward the Top Monkey with a banana or banana flavored Laffy Taffy.