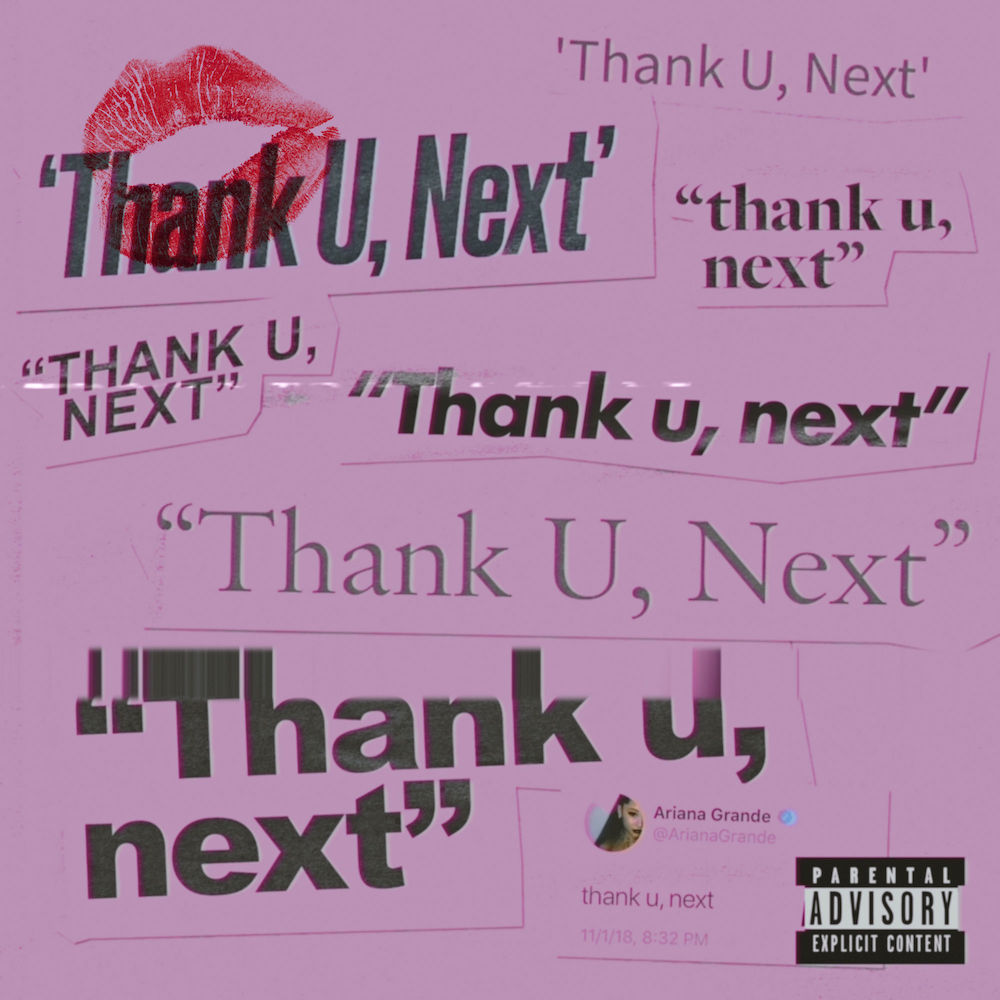 “Thank U, Next” – Ariana Grande

Main Point:  God’s design for marriage involves guarding your heart and joining to one person for a lifetime.

Important Note to Youth Leader about Discernment: We at The Source for Youth Ministry believe that certain elements in our youth culture can serve as good discussion jump starters with students. At the same time, we would never hope to introduce a student to a negative influence that they haven’t already encountered. This balance is a delicate one.

In our experience most students, churched and unchurched, keep pretty current with music and music videos. Thanks to YouTube, Spotify, and iTunes, the most popular music videos and songs are free to access only a click away.

Ariana Grande has become a popular figure due to her high profile in music and through her publicized dating relationships.  The purpose of this discussion is not to dissect her as a role model, but to use a popular song to provoke discussion about an important topic.  We encourage you to be discerning and utilize this resource in whatever way is most helpful. Jonathan McKee wrote a helpful article on Ariana Grande that you can read to get more context on her as you prepare for your discussion.

About the Artist – Ariana Grande

Florida native Ariana Grande started performing as an eight year old, displaying her talents in musicals, karaoke, and eventually singing the national anthem on television at a Florida Panthers hockey game.  Grande is of Italian descent and her name was inspired by the character Princess Oriana from the 1991 box office bomb Felix the Cat: The Movie. At age 15, Grande landed a role in the Broadway musical 13.  This propelled her to be cast in the Nickelodeon television show Victorious just one year later.  Ariana was able to capitalize on her newly found stardom and released her first studio album Yours Truly as a twenty year old in 2013.  Her debut album topped the charts, sending her to greater heights that including performing at the Obama White House just a year later.  Grande was raised as a Roman Catholic but divided with the church over LGTBQ rights, choosing instead to invest in the teachings of Kabbalah.  She has been in the public eye with high profile relationships including rap artist Big Sean, the late recording artist Mac Miller, and Saturday Night Live actor Pete Davidson.  Grande will release her fifth studio album in early 2019.

Thought I’d end up with Sean

But he wasn’t a match

Wrote some songs about Ricky

Now I listen and laugh

Even almost got married

And for Pete, I’m so thankful

Wish I could say, “Thank you” to Malcolm

‘Cause he was an angel

One taught me love

One taught me patience

And one taught me pain

But that’s not what I see

So, look what I got

Look what you taught me

And for that, I say

Spend more time with my friends

Plus, I met someone else

I know they say I move on too fast

But this one gon’ last

‘Cause her name is Ari

She taught me love (Love)

She taught me patience (Patience)

How she handles pain (Pain)

But that’s not what I see (Yeah, yeah)

Ain’t no need for searching, and for that, I say

Thank you, next (Thank you)

One day I’ll walk down the aisle

Holding hands with my mama

I’ll be thanking my dad

‘Cause she grew from the drama

Only wanna do it once, real bad

I’ve got so much love (Love)

Got so much patience (Patience)

I’ve learned from the pain (Pain)

But that’s not what I see (Yeah, yeah)

Ain’t no need for searching

And for that, I say

Introducing the Song – You Say This:  Thank You Next is the lead single from Ariana Grande’s upcoming album of the same name.  The single was released November 3, 2018 and immediately soared to the top of the Billboard Hot 100 chart.  The video was released November 30 and gained nearly 150 million views in its first ten days on YouTube.  The video features references to several popular early 2000’s comedy films, helping it become a viral hit.  The song has been noted as one that takes a positive look at her past relationships, pointing to them as avenues for her growth.  The day the song was released, Grande tweeted about the song in response to former fiancée Pete Davidson throwing shade at her on a SNL promo: https://twitter.com/ArianaGrande/status/1058723032900952065 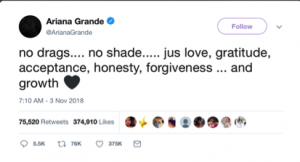 The Music Video —  The music video can be viewed for free at: https://www.youtube.com/watch?v=gl1aHhXnN1k

A clean version of this song can be found here:  https://www.youtube.com/watch?v=LdeIHC2EGCE

Transition Statement – You Say This:  This song paints a sincere desire to not be dragged down by past relationships but instead move forward with growth.  The song also represents Ariana Grande’s desire to be married once and to make it last. Let’s take some time to talk about her approach toward relationships as well as God’s design for marriage and see what we can learn.

Above all else, guard your heart, for everything you do flows from it.

That is why a man leaves his father and mother and is united to his wife, and they become one flesh.

Wrap Up – You say this: Our discussion about Thank You Next dove into God’s design for marriage and how important it is for us to guard our hearts. If we give up our hearts so easily, we face hurt and pain that God never intended for us to experience.  While God can use those times to shape us and help us grow, the further we get away from His design for marriage, the more difficult it becomes to truly experience what He has intended.  Do you struggle with believing that God is good and sincerely wants what’s best for you?  If you do, be real with God and ask Him to help you believe it in time.  If you already believe that, take a moment to affirm that to God in prayer.

Loved ones, God has a deep affection for you that is greater than anything you will experience on this earth.  He loves you so much that He chose to put on flesh and come to earth so He could die on the cross as payment for your sin.  He urges you to protect your heart because He knows the hurt that comes when you don’t.  When God says don’t, He means don’t hurt yourself.  He is good.  He knows what’s best.  God designed marriage to be a certain way because He knows this is how it will function at its best – and that’s what He wants for you!  Because Jesus died on the cross for you, no matter what you’ve done in the past can be forgiven.  Take a few moments here and talk to God about your desire for marriage one day.  Do you want to be married?  What kind of marriage do you hope for?  Would you commit to following His design for your heart and for marriage?  Maybe you need to confess some past choices, knowing He is eager to forgive and pour out His grace on you.  Take a few moments now to talk to Him.

To Ariana Grande, I believe Jesus wants to say that He loves her, and He is eager to show her that He is what she is looking for.  She will never find the deep satisfaction she longs for in any other relationship, and He is inviting her into a never ending bond with Him.  There she will find hope, acceptance, and love like she has never known before.  He invites you to the same.  Let’s close in prayer together and ask God to help us see Him as He is so that we will trust Him and His ways more and more.