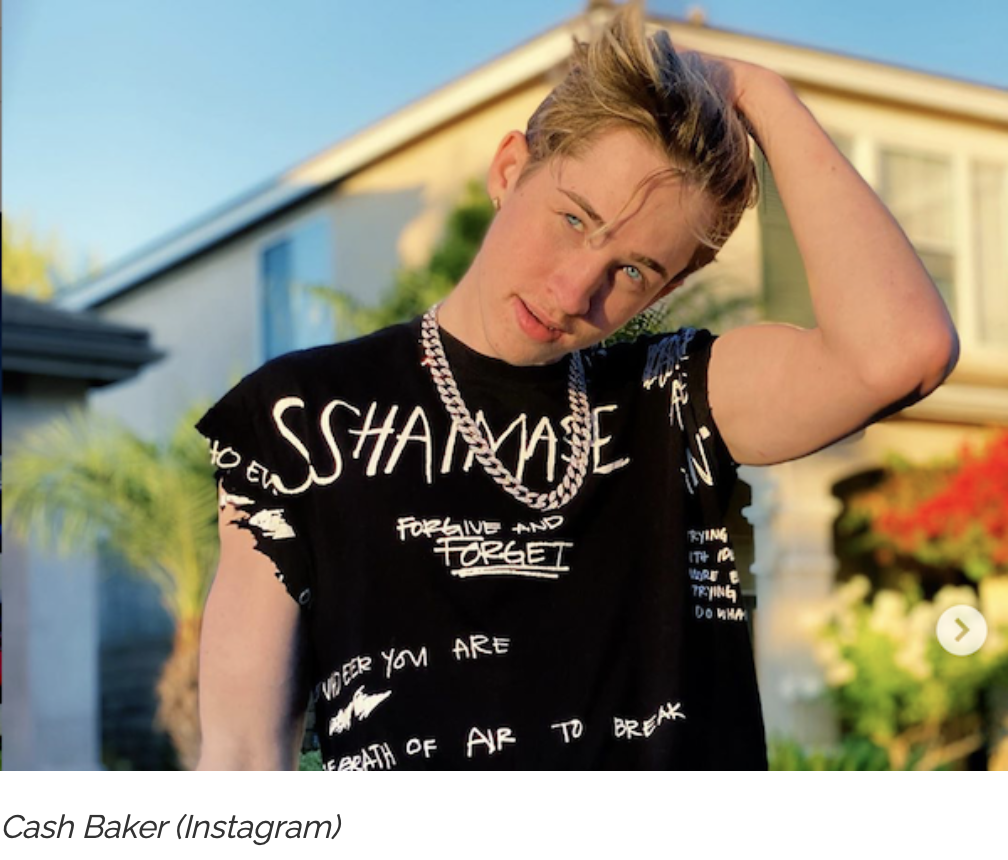 As Christians, we must be willing to take a firm stand on our convictions and faith…but we should do so in a respectful and gentle manner.

IMPORTANT NOTE: This discussion brings up LGBTQ issues, since the teenager in this TikTok video chose to call out this group and call it a sin. This subject matter is obviously very controversial and often gets people rather heated. In this discussion, our focus is not dialoguing at length as to if homosexual behavior is a sin. Our focus is to discuss how to share our faith in gentleness in respect… grace and truth.

If your kids seem to want to discuss the Biblical stance on homosexuality, here are two YouTube videos we highly recommend:

What Does the Bible Say About Homosexuality?

Sean McDowell and Matthew Vines have a conversation about the Bible and homosexuality.

Has “Homosexual” Always Been in the Bible? An Interview with Preston Sprinkle

Was the word “homosexual” invented to suppress gay people? Does it misrepresent the intentions of the original writers? In this interview, Preston Sprinkle unpacks the biblical reasons for the modern translations regarding sexuality.

If you’ve never heard of Cash Baker, just ask any 14-year-old girl who he is and you’ll get more background data on him than the FBI has on the terrorists filling their No-Fly List!

Baker, a 17-year-old boy with cool blonde hair, has taken social media by storm. Between his Instagram profile, TikTok account, and YouTube channel, he’s amassed millions of followers around the world. He and his older brother, Maverick, often combine forces in music videos, online pranks, and photo shoots.

Cash likes to ride his skateboard, eat fast food, and interact with his social media audience. It’s the latter of those activities that have landed him in hot water recently. Below, you’ll find two TikTok videos (each about a minute long) that feature Cash sharing his views on the LGBTQ community and other religions such as Islam and Hinduism. In both of the videos, he takes a fairly conservative stance on the various subjects…but the backlash he got was instantaneous and massive. He began to lose followers by the droves.

We’re going to use this cultural incident to jumpstart a discussion about our own Biblical Christian views, and how we should share those views with others.

Introducing the Videos – You Say This:

I’m going to show you two short TikTok videos from Cash Baker, a social media influencer many of you may already be familiar with, or maybe even follow. In the first, Cash addresses the very sensitive subject of the LGBTQ+ community, and in the second, he comments on other world religions such as Islam and Hinduism. In both videos, he references the Bible as the basis of his beliefs. I want you to listen closely to what he says about these issues in light of the Bible so we can discuss whether what he said and did was right or wrong.

The online videos can be found at the following link: https://www.towleroad.com/2020/08/christian-tiktok-star-loses-80-of-viewers-after-anti-gay-love-the-sinner-hate-the-sin-rant-watch/

Transitional Statement – You Say This:

It’s not every day that you see a major social media influencer like Cash Baker taking a stand on Biblical values and supporting Christian principles. On one hand, that’s pretty cool, but on the other hand, his demeanor might not have been the most gentle. As Christians, we must be willing to take a firm stand on our convictions and faith…but we should do so in a respectful and gracious manner. Let’s spend the next few minutes talking about how we can do that.

1. AROUND THE CIRCLE: Let’s all take a second to share our names and our favorite social media platform.

2. ASK A FEW: Do you think social media accounts like Instagram, TikTok, or Snapchat do a very good job presenting the “real us” to the world? Why or why not?

4. ASK A FEW: If you can recall, what did Cash say about homosexuality and other religions? (Leaders – He outright labels homosexuality a sin and references the Bible’s teaching as his reason for doing so. In the second video, he labels false gods and false prophets as sin, as well, and once more, bases his understanding on the Bible.)

5. ASK A FEW: Do you agree with his beliefs? Is homosexuality a sin? Are other religions wrong or false? How do you know?

6. ASK A FEW: Throughout the video, Cash threw around the word “sin” a lot. What does that word mean and why is it so important?

7. ASK A FEW: In his videos, Cash said that telling someone about their sin was a loving and kind thing to do. Do you agree or disagree…and why?

8. ASK A FEW: What tips do you think Jesus might offer Cash when it comes to sharing his faith?

In your hearts set apart Christ as Lord. Always be prepared to give an answer to everyone who asks you to give the reason for the hope that you have. But do this with gentleness and respect, keeping a clear conscience, so that those who speak maliciously against your good behavior in Christ may be ashamed of their slander.

9. ASK A FEW: Peter says we should always be ready to give a reason for the hope that we have in Jesus. That’s good advice, for sure! In your estimate, did Cash give a good reason for his faith? Why or why not?

10. ASK A FEW: For whatever reason, Cash chose to have this conversation on TikTok. Do you think that was a wise strategy or not? Why? (Leaders – While social media is wildly popular with young people these days, it definitely has its strengths and weaknesses. Social media is great for sharing photos and other entertainment, but it probably isn’t the best venue to launch a theological lecture…especially one on such “touch” subjects. Social media doesn’t adequately allow for the emotional and human interaction back and forth between those discussing such important ideas. Conversations like this one happen best in a face-to-face environment.)

11. ASK A FEW: Peter goes on to say we should give our reason with gentleness and respect? What does Peter mean by that?

12. ASK A FEW: If you were talking with a friend who identified as homosexual, transsexual, or bisexual… and they asked for your advice, exactly how would you share the Bible’s truth in a gentle and respectful way?

13. ASK A FEW: Similar question. You’re talking to a friend who’s a member of another faith or religion. Very specifically, how could you talk about Jesus in a gentle and respectful way?

14. ASK A FEW: Does this Bible passage promise us that if we give a solid reason for our faith in Jesus in gentle and respectful ways that everyone will love and respect us in return? What happens at that point? (Leaders – Sadly, no. We aren’t given any guarantees that if we do everything right we won’t still face a backlash from those we’re speaking with. However, Peter says if that’s the case, then they are the ones who will be ashamed of their slander of us. We need to make sure we’re not the ones who are guilty of speaking in an unloving way. What others do is up to them.)

15. AROUND THE CIRLCE: Who can you share your faith with this week in a gentle and respectful way?

I think it was a brave and courageous thing for Cash Baker to share his faith with so many people on social media. It’s refreshing to see a young person be bold as they represent their Christian values. However, the way Cash went about it might not have been the best.

It’s true; the Bible is very clear about God’s design for sex and intimacy in the context of marriage between a man and woman. Every single time it’s mentioned in Scripture, “practicing homosexuality” is called sin (I Timothy 1:10, for example). Cash said as much in his video…but he didn’t do it very gently. He simply said, “The Bible calls homosexuality a sin,” without even giving a verse his followers could reference.

It’s also true that other religions are false, deceptive, misleading, and sinful. Again, that was basically the stance Cash took in his video. But once more, he never provided a single verse to support his claim; he just kept saying, “The Bible says….”

If you’re going to have such serious conversations – and I hope you are – here are a few tips I would strongly suggest you use to share your faith in gentle and respectful ways.

These are just a few simple tips that will help you to have authentic and meaningful conversations with your friends about lots and lots of sensitive subjects. Our friends need to know the truth, but they need to hear it from a position of love. If you can provide both, I really hope you will go and speak with your friends this week.

If we can be of any help or support to you, let us know as we wrap up.

TAKE A PEEK AT OUR “YOUTH MINISTRY HELP” ARTICLE,
Oh, and I’m bisexual: and how to you respond to that?

The Impact of Secular Music