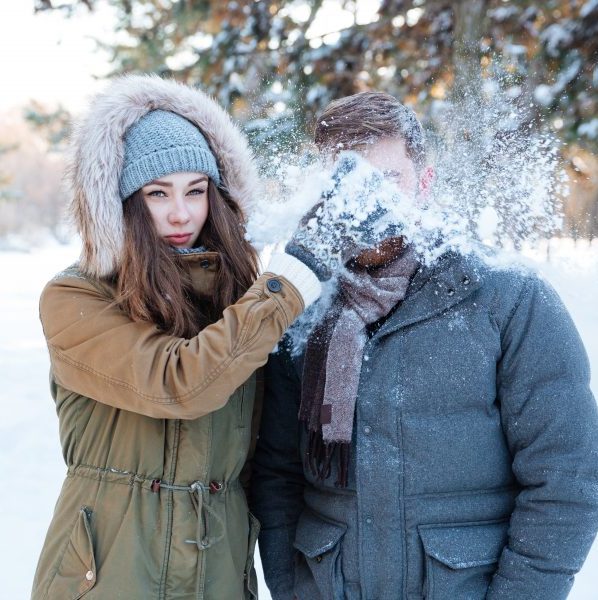 Before the game starts, prepare trivia questions or use the ones we have provided below. Next, gather blue or white balloons because these will be your “snowballs”. Snowballs are blown up balloons blue, and half of them are going to be filled with shaving cream. Making “loaded” snowballs is easy, just spray some shaving cream into them before you blow them up.

Next, pick volunteers to come forward and sit on a chair on stage one at a time. Ask each participant a trivia question when they come up. If they answer correctly they win a prize. If they answer incorrectly they will pick a “snowball” from the pile you prepared beforehand and pop the snowball while holding it on their lap. Vary the difficulty of the questions from very easy to nearly impossible to answer just for fun! The game continues until you are out of questions.

Questions:
1. What is the name of the classic Disney movie about, a fawn and his friends; Thumper the bunny and Flower the skunk? (Bambi)
2. In Einstein’s equation, E=MC2, what does the C stand for? (The speed of light)
3. What famous artist painted the Sistine Chapel? (Michelangelo)
4. In what Shakespeare play do you hear the line, “To be or not to be, that is the question”? (Hamlet)
5. Charlie Brown’s dog’s name is Snoopy. What is the name of Snoopy’s friend who happens to be a bird? (Woodstock)
6. What country was Christopher Columbus from? (Italy)
7. According to an old English nursery rhyme where did the lady live who whipped her children and gave them broth without bread? (In a shoe)
8. Which of these is considered the rarest play in baseball? The unassisted triple play by a fielder, the perfect game by a pitcher or an inside the park home run by a batter? (Unassisted triple play – only occurred 15 times in MLB history)
9. What is the name of the Viking explorer who came to North America 500 years before Columbus? (Leif Eriksson)
10. How many days are in a leap year? (366)
11. What famous American genius invented the phonograph in 1877? (Thomas Edison)
12. What President was assassinated in Buffalo, NY in 1901? (President William McKinley)