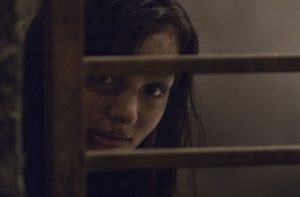 Years ago I ran into a guy who wrote The Walking Dead fan fiction. I was in mid-town Manhattan, of all places, and I got into a conversation with a guy who had written over 200 separate stories about characters from the The Walking Dead.

Now I love The Walking Dead, but I don’t love it that much.

As I was talking with this guy, he told me how most of his stories were love stories about Daryl and Carol, two characters who have never been lovers on the show. Now, I know that there have been a few hints at them liking each other a little more than friends, but I have always believed that their connection was different than most of the other overs on the show. I even brought it up with the “fan fiction guy” and tried to explain that I think that their connection is about something else. He wasn’t convinced, and my guess is that he has probably written at least a few dozen more Carol/Daryl love stories since our interaction.

And “fan fiction guy” is not alone. If you look around the internet, you see that many people are routing for a Daryl-Carol love story. All you have to do is see all of the shade thrown toward Ezekiel when Carol started dating him!

But on tonight’s episode I think that we really see what binds Carol and Daryl together (even though Carol wasn’t in the episode). We always knew that Carol was abused by her late husband, but until tonight we didn’t really know as much about Daryl’s past abuse. We knew that his brother Merle was abusive, and we knew that Daryl was abused by his dad, but tonight we got to hear some of the details for the first time. You see, I think that Daryl and Carol connected because of their past abuse. They were both victims of abuse who not only overcame their abuse, but they now actively help others who are being abused.

Consequently, they both seem to recognize other abuse victims. Tonight, Daryl sees it with Lydia, the Whisperer who they captured and put in their jail cell next to Henry (Carol’s adopted son).

(The Walking Dead comic fans probably were geeking out, because in the comic these prison scenes were with Carl… so it was interesting to see the TV series interpretation of these events, with no Carl, and a guy not even in the comics, Daryl.)

I love the scene when he brings in a branch from a birch tree and starts trimming the branches off. She clearly has seen this before, and Daryl starts a speech about child abuse.

Daryl: You know, some dads would come up with any excuse just to beat the sh*t out of their kids. Maybe they’re drunk. Maybe they can’t get drunk. Belts are good. But these a**holes, they ain’t picky. They’ll use whatever’s layin’ around. But a good switch from a birch tree, that’ll work. Your dad sounds a lot like one of those dads… Except the part where he sang to you when you were scared. Those dads they like it when you’re scared. Thing is, that’s the only part of your story that didn’t sound like bullsh*t. Now, you knew exactly what this was when I walked down here. And those bruises on your arm, they come from a beating. So let me ask you, if your dad’s dead, who gave ’em to you?

Daryl: Where is she?

Lydia: Be glad you don’t know.

Daryl: Where is she? Where’s your camp? Why are you protectin’ her? Huh? You’re safer here.

Lydia: This place isn’t real. The world changed, and you’re all acting like it’s gonna change back. My mom walks ’cause that’s what the dead do. It’s their world, and we have to live in it. And what my mom does, she does for a reason.

Daryl: Your mom beats you because she loves you? That’s bullsh*t.

Lydia: No, it isn’t. When you stay soft, people die.

Daryl may be lying to Lydia in order to get more information from her, but there is still a lot of truth in his recognition of the thing that makes both of them similar – they both know what it is like to be abused. And I think that Daryl actually wants to help her.

Henry later talks to Daryl about his mom’s (Carol’s) past abuse. I think this is where Henry sees what is really going on between his mom and Daryl… they have a deep connection based on the fact that they both know what it is like to be abused. And they both are overcoming it in similar ways – they won’t ever be abused again and they will help others to stand up for themselves.

Later Henry asks, “Why would a mom do that to a kid”?

Daryl simply replies “Some people ain’t meant to be parents”.

Then Henry says the most important line in the whole episode. He says, “Daryl?  I am glad you and my mom are friends”.

Henry gets it now. Even though the world is extremely dangerous, it still doesn’t mean that the scars of abuse simply go away. Both Carol and Daryl are still affected by the wounds of their past abuse.

As a pastor, I know this to be true. I have met with so many people who were abused decades ago, but still are suffering from the scars of child or spousal abuse. It is not something that just goes away. And it certainly is not something that can just be ignored… no matter what your life looks like.

But the good news is that there is hope for the abused through Jesus Christ. As a matter of fact, Jesus’ ministry seems to be mostly focused on the broken and the abused.

One of my favorite passages about this comes in the gospel of John, chapter 10. Here Jesus is using a story to illustrate how He cares for the broken and abused. In this story, Jesus is the gatekeeper who watches over His sheep.

10 The thief’s purpose is to steal and kill and destroy. My purpose is to give them a rich and satisfying life.11 “I am the good shepherd. The good shepherd sacrifices his life for the sheep. 12 A hired hand will run when he sees a wolf coming. He will abandon the sheep because they don’t belong to him and he isn’t their shepherd. And so the wolf attacks them and scatters the flock. 13 The hired hand runs away because he’s working only for the money and doesn’t really care about the sheep.14 “I am the good shepherd; I know my own sheep, and they know me, 15 just as my Father knows me and I know the Father. So I sacrifice my life for the sheep. –John 10:10-15 (NLT)

Jesus is well aware that so many people are abused physically and spiritually. And let’s face it, when most humans abuse others, there is a spiritual dimension to it.

But Jesus doesn’t abandon us when bad things happen. In this verse He actually says that he sacrifices His life for his sheep. And, what does He say is His purpose? He says “to give them a rich and satisfying life” (verse 10).

Jesus knows that many people are abused in this world, but he also says that there is hope for the abused in His own sacrifice. What does that exactly mean?  It means that Jesus’ sacrifice gives us hope to live in an eternity free of any kind of abuse. It also means that abusers don’t really ever get away with it. In the book of Matthew, Jesus says that it would be better to put a millstone (a several hundred pound rock) around your neck and be dropped in the deepest part of the sea than to abuse a child (Matthew 18:6).

The good news is that, Jesus doesn’t just sweep past abuse under the carpet. He knows that it is real and He knows it first-hand. He knows it because he went through some of the worst abuse that any human can ever go through – he was tortured and killed on a cross even though he did nothing to deserve it.

Jesus knows our pain personally, and He has set us free through His own sacrifice.  And there is no better news for the abused than that.