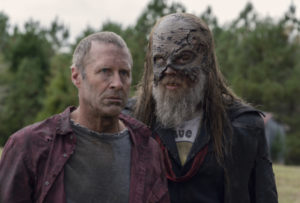 If you are reading this at the time I am writing this, in March of 2020, you are undoubtedly thinking about how the world has changed in the last month. Most of us are under “shelter in place” orders and, unless we have a job that is considered necessary, we are sitting at home thinking about how the future is never going to be exactly the same.

One of the first things that we noticed several weeks ago, was that celebrities were affected by this disease as well as the common people.  Tom Hanks, Idris Ilba, senator Rand Paul and even the prime minister of England have it right now. While I am sure that this is much harder for poor people around the world, it is striking how much all of humanity is in the same boat.

But some of us are asking the question, were we always in the same boat? Just because one person is richer, more powerful, or more famous, does that mean that they don’t have many of the same problems as the rest of us?

For the last ten seasons, this is something that The Walking Dead has been dealing with constantly.  The role that people had in the pre-apocalypse world often has very little to do with the roles that they took on when the dead started walking.  Daryl was an outlaw biker, Carol was an abused wife and mom, Negan worked retail and Beta was a world famous country star. Now all four of these characters would be all but un-recognizable to people in their distant pasts (well, maybe not Daryl).

But this week, we find out even more about Beta’s past. We knew that he never took off his mask, and we knew that when others did get a peek at his face they recognized him.  But until this week, we never knew the source of his fame (in the comics he was a professional basketball player).

As Beta walks into an old hotel room that was clearly his in the early days of the apocalypse, we see that he was actually a very famous country star.  The poster on the wall shows that he performed his album “Half Moon” live in Austin and sold out the event.  We also get to see the cover of one of his records (which coincidentally was shown in an episode of Fear of the Walking Dead as an awesome easter egg).

As Beta plays one of the songs before he parades onto the balcony “Evita” style and watches the walkers come in droves, he clearly is reminded of how the crowds used to appear when he would sing.

The lyrics to the song are actually from a song that Emily Kinney, the actress who played Beth, wrote.  We also heard a bit of it back in episode five of this season when Yumiko was humming along to a version of the song sung by Beta actor Ryan Hurst.

The lyrics are that of an outlaw country song, perhaps in the vein of Johnny Cash.

Beta: (singing) Cause if I knew they would lock me up, then I would surely run. Killed so many in your name girl, that I’d never see the sun. Was invited down to Hell, drank from the glass, it felt just fine. I asked him “where’s that girl of mine?”, the Devil just smiled and left me behind. I smiled back and finished my beer and said adios. I didn’t shed a tear. Joy descended with the flames all around, cause the Devil, he sure likes to gamble. I tried to stand tall, and knock down that big old wall. I tried to stand strong, but suppose I guessed all wrong.

The lyrics are dark, but they also give just a little insight as to what his life must have been like before the dead came to life. He was probably a hard drinking, very rich, and very famous man who had achieved all of this by his thirties. But as soon as the world changed, none of that really mattered any more.  He was just another human trying to survive and he wasn’t able to take anything that he had before with him.  It was interesting that all of his guitars and booze were still in their same position from probably over a decade ago.

Paul addresses this in one of his letters to his disciple Timothy.

Notice how Paul points out what should be obvious to all of us – we leave this world with exactly what we entered this world with – nothing. But his words aren’t just coming from a depressing Nihilistic philosophy.  While he does point out how meaningless many of the things in the world are, he still leaves us with hope.  He tells us that “true godliness” is somehow related to contentment.  He is essentially saying that “food and clothing” should be enough.

Paul is saying is that contentment, apart from material things (or possibly things like, power and fame) is not only possible, but it is necessary as a follower of Jesus.  If you think about it, Jesus’ values were upside down from the values of the world.  And Jesus warned often about the pursuit of these material things (Matt 6:19-20).

Right now, as the world is sheltering-in-place, we should know this more than any other time.  The things that matter are actually now becoming more and more apparent.  While we all need food and shelter, and some of us need medicine and health care, it is becoming clearer and clearer that the thing that we really need right now is to love God and to love our neighbor. And the pursuit of anything else would simple be, as the author of Ecclesiastes says, “chasing the wind” (Ecc 1:14).

1) While Beta was on the balcony listening to his song, it looked like he had a wry smile on his face.  Why do you think that was?

2) Why do you think that Beta never takes his mask off?  Did tonight’s episode give you a little more insight on that? Why or why not?

3) Negan has spent almost a decade in jail.  Do you think that this has changed his perspective? Why or why not?

4) Both Negan and Beta have lost a lot of power.  Do you think that the two of them are handling it differently.  How? Why or why not?

5) What do you think that Paul means by saying “godliness with contentment is itself great wealth”?

6) How can godliness be related to contentment?

7) If you were to lose your status and your material things, could you be content? Why or why not?

8) What can you do to make sure that things you have acquired or achieved don’t become things that you can’t lose?

9) Paul is implying that there are other things that we, as followers of Jesus, should be pursuing. What do you think that those things are? 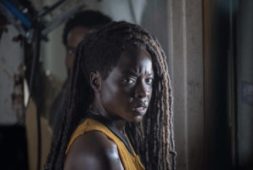