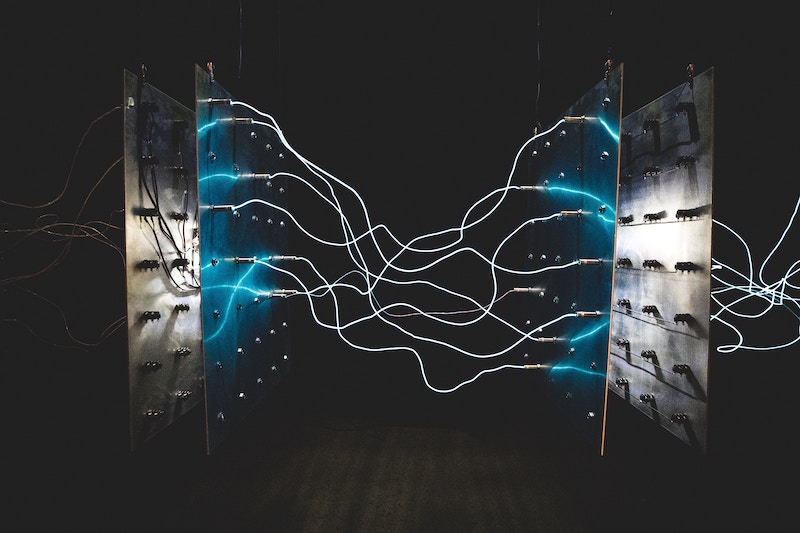 This game is a killer upfront game!

Ask for 2 volunteers. Have each volunteer pick 3 friends who they believe to be “quick thinkers” or someone who “thinks fast on their feet.” Have 2 chairs in the room facing the crowd. Have each team line up behind a chair, with one person from each team sitting in a chair. (During the game, players will rotate sitting in the chair.)

The game is a competition between the 2 teams to see who has the fastest “reactions” when it comes to providing correct answers. Only the players sitting in the chairs compete against each other. (Those standing in line must be quiet.) After each question is asked (and answered), the two contestants rotate to the back of the line, and the persons who were first in line now take their seat in the chair to compete.

The host will have a stack of cards, (8 _ x 11 sized). On each card is written a question. When the game begins, the host will flip a card revealing a question to the players sitting in the chair. The first player to answer correctly wins. If a player answers incorrectly, he or she cannot answer again. Either the other player gets it, or the question is missed. Either way, both players would then rotate to the back of the line. The team with the most points at the end of the game wins.

Round 2 (2000 points)
1. The South Pole is located on which continent? (Antarctica)
2. Name the President of the United States during the Civil War. (Lincoln)
3. Who is the current US Secretary of State, (hint: it’s a lady!) (Condoleezza Rice)
4. What is the most expensive property on a Monopoly board game? (Boardwalk)
5. What is the largest land animal? (elephant)

Round 3 (3000 points)
1. How many legs does an arachnid have? (8)
2. What city do the Red Sox call home? (Boston)
3. The Mississippi river flows into what body of water? (Gulf of Mexico)
4. What ingredient makes up the biggest portion of a cake? (flour)
5. The easternmost point in the US is located in what state? (Maine)

Round 4 (4000 points)
1. A region of land that receives less than 10 inches of rain in a year is called what? (desert)
2. What is the most prevalent chemical compound on earth. (H2O – water!)
3. What classification of animal has the following characteristics: vertebrate, cold-blooded, lays eggs, and scaly skin? (reptile)
4. On a map, lines that go north to south are called lines of what? (longitude)
5. What planet in our solar system orbits closest to the earth? (Venus)

NOTE: If you have the capability, you may want to project the questions onto a screen using a video projector. This goes a long way towards keeping the crowd involved in the game.