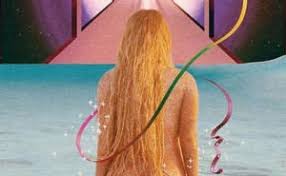 Main Point: When we are hurt by others, the best strategy is not to seek revenge. The best way to deal with our pain is to pray.

If you think it’s been a while since you heard from musical artist Ke$ha, you’re right. Due to legally binding stipulations with her former producer, the California-born singer was forbidden to release any music until their joint contract expired.

With the paperwork now out of the way, Ke$ha is back to releasing music, and her first tune looks to be a powerful one. In Praying, she sings about being hurt and wounded by someone. (Though she never names the culprit, many believe she’s referring to Dr. Luke, her former producer.) She sings about the individual manipulating her and putting her through hell; she also sings about becoming stronger throughout the process of suffering.

But her most poignant lines are found in the chorus. There, she sings about her hope that this person is praying. She wants the best for him/her, and she knows that can only come through prayer.

Ke$ha’s song is clean, as is the music video, and it will offer you a great way to discuss Jesus’ command to pray for those who harm us.

Well, you almost had me fooled
Told me that I was nothing without you
Oh, and after everything you’ve done
I can thank you for how strong I have become

I hope you’re somewhere praying, praying
I hope your soul is changing, changing
I hope you find your peace
Falling on your knees, praying

I’m proud of who I am
No more monsters, I can breathe again
And you said that I was done
Well, you were wrong and now the best is yet to come

‘Cause I can make it on my own
And I don’t need you, I found a strength I’ve never known
I’ll bring thunder, I’ll bring rain
When I’m finished, they won’t even know your name

I hope you’re somewhere praying, praying
I hope your soul is changing, changing
I hope you find your peace
Falling on your knees, praying

Oh, sometimes, I pray for you at night
Oh, someday, maybe you’ll see the light
Oh, some say, in life you gonna get what you give
But some things, only God can forgive

I hope you’re somewhere praying, praying
I hope your soul is changing, changing
I hope you find your peace
Falling on your knees, praying
The Music Video:
Click the following link for the online video: https://www.youtube.com/watch?v=v-Dur3uXXCQ

Transitional Statement:
If you’re familiar with Ke$ha, you know that was a different kind of song for her. Instead of the usual pop or dance song she’s known for, this one causes us to think a little bit. In the song, she sang about being hurt by someone deeply. But instead of retaliating and seeking revenge, Ke$ha puts her hope in prayer. She realizes that’s the best strategy for her life. The same is true for you and me. When we’ve been hurt by someone, Jesus tells us exactly what to do…and it’s the last thing you’d probably think of. Let’s see what that is as we break into our groups.

“You have heard that the law of Moses says, ‘Love your neighbor’ and hate your enemy. 44 But I say, love your enemies! Pray for those who persecute you! 45 In that way, you will be acting as true children of your Father in heaven. For he gives his sunlight to both the evil and the good, and he sends rain on the just and on the unjust, too.

Wrap Up:
During our time together, we listened to a powerful song by Ke$ha entitled “Praying.” In the song, she talked about her response to a person who hurt her. Instead of trying to get even with the person, she hoped that the other person was praying. She admitted she prayed for the other person, and in fact, it even sounded like she had made peace with the person who’d hurt her in the past.

Over and over again, Ke$ha said she hoped the other person was praying. It was good enough advice that she even took it herself. It’s like Ke$ha knows that God listens to our prayers and wants to help us.

In fact, we looked at Jesus’ teaching on that very subject. In His Sermon on the Mount, Jesus teaches what we should do when someone hurts us. He says we should pray for the person who caused us pain and anguish. If that sounds strange to you, let me tell you why Jesus would say something so strange sounding.

First, God cares about the person who hurt you just as much as He cares about you. I don’t say that to make you angry at God, nor do I want you to think that God is responsible for that person’s behavior. All I’m saying is, we need to remember that God created that person with the same love and care as He created us.

Second, God knows that when we pray for other people – a very generous act for sure! – not only does God change that person, He also changes us! When we pray for someone who hurt us, our heart is softened by God. When we start off praying for someone who hurt us, usually we are mad. But over a period of time spent faithfully praying for someone, God begins to heal our wounds and causes us to be compassionate for the other person.

For example, let’s say someone in your life is just terribly mean. They are always swearing at you and tearing you down verbally. Maybe they say cruel things to you to hurt your feelings. It very well may be because that person has no one in their life to love them. But, if you’re committed to praying for them, and asking God to help that person, it may be that God will call YOU to love and care for that person. Boom! Both your life and the other person’s life will be changed by that for sure!

I know that’s asking a lot. At first glance, a lot of people don’t think Jesus’ teaching makes any sense. But let me wrap up by asking you one simple question: What other plan do you know of that works?

Getting even doesn’t work. (Now you’re just as guilty as them.)
Trying to “move on” won’t work. (We have a very strong tendency to carry grudges.)
Avoiding mean people isn’t helpful either. (There doesn’t seem to be a shortage of them on Earth.)

No, the best strategy for dealing with a person who’s hurt you is to pray for them exactly as Jesus tells us to. In fact, it’s always best to do exactly what Jesus says. If you’re interested in doing that, but think you might need a little help, come see one of our adult leaders after we close in prayer. We want to walk with you through the pain in your life.