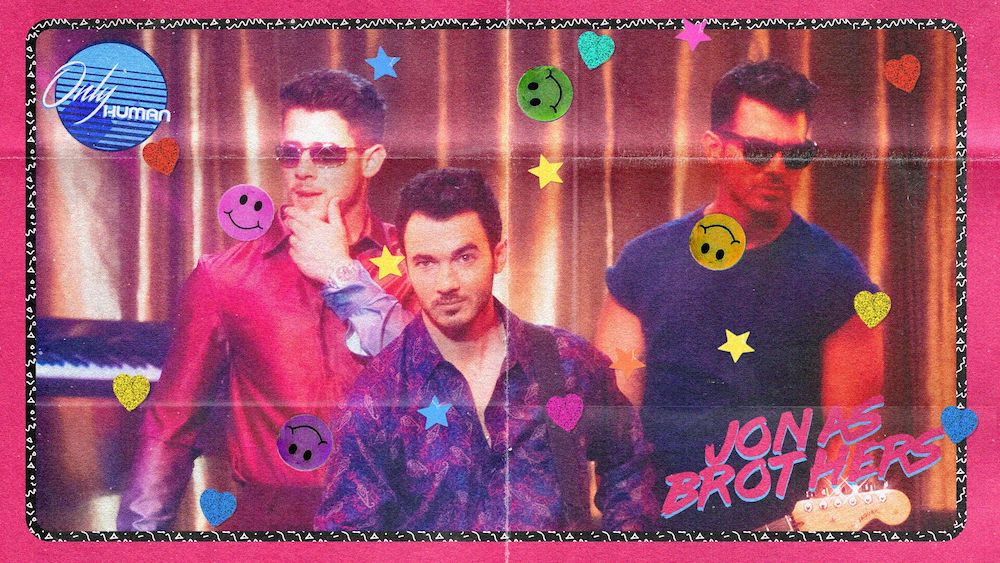 Main Point: Our feelings and desires are powerful, but they cannot always be trusted to lead us to make the right choice.

About the Artists – The Jonas Brothers

Formed in 2005 by three brothers Kevin, Joe, and Nick, the Jonas brothers burst onto the scene, immediately touring with big names such as Kelly Clarkson and the Backstreet Boys. Just a few years later they starred in the Disney channel original movie Camp Rock and its sequel Camp Rock 2: The Final Jam. In 2011 the brothers decided to take a break from making music together and focus on solo endeavors. They reunited as a band in 2019, releasing their latest album Happiness Begins in June of that year. They are known for their generosity, having given ten percent of their earnings to various charities. The brothers are also known for being active in the Do Something campaign that focuses on motivating young people to make a positive change through campaigns that make an impact. Out of the brothers, Joe and Nick are more frequently in the spotlight due to their high profile marriages. Joe is married to Game of Thrones star Sophie Turner, and Nick is married to TV and film star Priyanka Chopra.

I don’t want this night to end
It’s closing time, so leave with me again (Yeah)
You got all my love to spend, oh
Let’s find a place where happiness begins

It’s only human, you know that it’s real
So why would you fight or try to deny the way that you feel?
Oh, babe, you can’t fool me, your body’s got other plans
So stop pretending you’re shy, just come on and
Dance, dance, dance, dance, oh

Early morning la-la-light
Only getting up to close the blinds, oh
I’m praying you don’t change your mind
’Cause leaving now just don’t feel right
Let’s do it one more time, oh babe

Introducing the Song – You Say This:
As part of their 2019 comeback album, Only Human is a reggae-pop song with a different feel from most Jonas Brothers songs. The song talks about being somewhere around closing time (a bar most likely), then offering to “find a place where happiness begins” and going to his living room, “slave to the way you move” drunk to an 80’s groove. The album is called Happiness Begins, a reflection of the pointed line in this song, which raises some great questions to be asking.

The Music Video:
The music video can be viewed for free at: https://www.youtube.com/watch?v=kBNt8hYvn8A

Hand Out Lyrics and Play the Song.

Transitional Statement – You Say This: The lyrics of this song convey a message we hear often in music and through various entertainment outlets. Should we just give in to these natural desires? Why should we deny how we feel? If it makes you happy, it can’t be bad, right? Let’s take time to talk about how reliable our feelings and desires are, and whether or not we can trust them as a compass to guide us in our choices.

Wrap Up – You Say This:
We are often told that if we follow our heart and do what we think is right, then things will work out. Life has a way of showing us just how untrue this is. The reality is that sin has corrupted our hearts and therefore we can easily think something is right when in fact it is very wrong. This is why Proverbs 14:12 says, “There is a way that appears to be right, but in the end it leads to death.” As you consider your own life, would you say you are someone who tends to go their own way, to trust their own instincts or what others say, or would you say you are a person who looks to God and His Word for direction? Take a moment of reflection and consider this question, and ask yourself why you think the way you do. Then reflect back to God, in prayer, your desire when it comes to making choices.

(Pause and give them a quiet moment to mediated and pray silently.)

The problem with our deceptive hearts can only be resolved through the transformation that comes from Jesus and His Spirit entering our lives. When we are made new in Christ, He does an inward work that changes how we think and gives us the faith to trust Him and His Word. If you have never asked Jesus to come into your life, consider that He desires for you to know Him and wants to bring light into the darkness in your life. If you are a follower of Jesus, consider that we need to connect with Him regularly so we can hear His voice and know His Word. Take a moment and pray over these things depending on where you are at in your spiritual journey.

Our feelings and desires are powerful, but they cannot always be trusted to lead us to make the right choice. Let’s be people who know His Word and who chase after Him so we can trust Him instead of our own desires. Instead of following our hearts, let’s set our hearts on Him and His Word, trusting that He knows the way to lead us out of our darkness and into His glorious light.