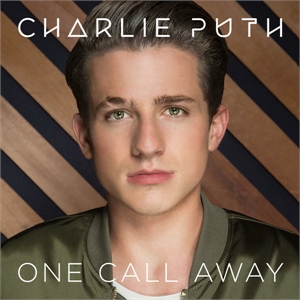 The Song:
One Call Away is one of the latest singles from the young and uber-talented crooner, Charlie Puth. For a while, Puth has been teaming up with other artists, for example with Wiz Khalifa in See You Again and Meghan Trainor in Marvin Gaye. But with One Call Away, Puth goes solo…and is showing the world he doesn’t need any help.

One Call Away contains a very simple premise. It shows Puth trying to win over the affections of one of his beautiful classmates. He wants the girl to know that he’s there for her should she ever decide to call on him. Pretty cool back story: the song was actually inspired by one of Puth’s real life friends who was commenting on his long distance relationship with a girl. The official music video has been viewed on YouTube more than 325 million times, and the single will be featured on his debut album entitled Nine Track Mind releasing in early November of 2016.

The music video is completely clean, shows a simple love story, and provides a wonderful opportunity for us to share the Gospel.

Transitional Statement:
When listening to this catchy little song, it probably makes most of us think of our best friend, or a really close family member, whoever it may be who’s always telling you, “I got your back. I’m there for you if you ever need me. All you gotta do is call.” Interestingly, the exact same can be said of Jesus. It doesn’t matter where we are, what is going on, what the situation may be, He is literally only one call away. I want to prove that to you by sharing a great Bible story with you in your small groups.

Immediately Jesus made the disciples get into the boat and go on ahead of him to the other side, while he dismissed the crowd. 23 After he had dismissed them, he went up on a mountainside by himself to pray. When evening came, he was there alone, 24 but the boat was already a considerable distance from land, buffeted by the waves because the wind was against it. 25 During the fourth watch of the night Jesus went out to them, walking on the lake. 26 When the disciples saw him walking on the lake, they were terrified. “It’s a ghost,” they said, and cried out in fear. 27 But Jesus immediately said to them: “Take courage! It is I. Don’t be afraid.” 28 “Lord, if it’s you,” Peter replied, “tell me to come to you on the water.” 29 “Come,” he said. Then Peter got down out of the boat, walked on the water and came toward Jesus. 30 But when he saw the wind, he was afraid and, beginning to sink, cried out, “Lord, save me!”

31 Immediately Jesus reached out his hand and caught him. “You of little faith,” he said, “why did you doubt?” 32 And when they climbed into the boat, the wind died down. 33 Then those who were in the boat worshiped him, saying, “Truly you are the Son of God.”


I think Jesus is trying to tell us the same thing from the pages of His Word. There are plenty of stories in the Bible in which God’s people call on Him and He comes to them and saves them. That’s what Jesus did for Peter in this story we read a moment ago.

Peter was the one who took his eyes off of Jesus. He was the one who paid closer attention to the wind and the waves than he did to Jesus. He was the one who allowed himself to be overcome with fear. Maybe some of us are thinking Jesus should have just let him drowned. But that’s not what happened. Jesus IMMEDIATELY saved Peter! Jesus rescued him and brought him back to the boat. There, in the boat, Peter and the rest of the disciples worshipped Jesus as the Son of God…because that’s exactly who Jesus is.

Chances are good that each and every one of us will be in a situation that we can’t handle. A situation that causes us fear. A situation in which we’ll need help. In that situation, I strongly suggest you call on Jesus. He is literally just a call away.

In fact, I’ll even go so far as to say I know without a doubt that each of you are in a situation in which you need Jesus’ help. (Leaders, take a moment to explain our problem with sin, its consequences, and how Jesus solved it by dying on the cross for us.)