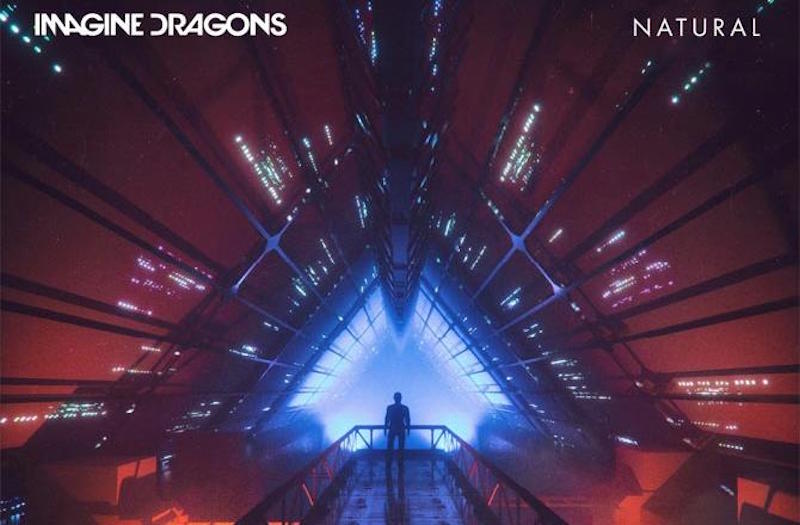 Main Point:   Champions push through adversity, but what is the difference between self-reliance and truly trusting God?

About the Artist – Imagine Dragons

Imagine Dragons started climbing the charts in 2013 and have shown no signs of slowing down.  Hailing from Las Vegas, they released their third studio album entitled Evolve in June of 2017, and their fourth album Origins less than eighteen months later.  Their song Zero from Origins will be featured in the November 2018 movie Ralph Breaks the Internet, further demonstrating their mainstream appeal.  The spiritual themes in their music are influenced by the Mormon faith of front man Dan Reynolds.

Introducing the Song – You Say This:   In a press release announcing the song, lead singer Dan Reynolds speaks about Natural saying; “Living in a dog-eat-dog world can bring out the worst in you, and sometimes, the best…Natural is about finding yourself and being willing and able to stand up to whatever adversity comes your way.”  The song peaked at #13 on the Billboard Hot 100 and was chosen as the seasonal anthem to the 2018 ESPN College Football on ABC show.

The Music Video:  The music video can be viewed for free at:

Transition Statement – You Say This:  This song speaks of standing up to adversity in a myriad of situations.  Whether it is in sports or dealing with hardship in life, those who can push through are often those who come out on the other side in a better condition than then they started.  As you endure challenges, is it about persevering through your own strength or can you rely on God and still be considered a person of strength?  Let’s take some time and talk about what the song means when it says “Natural” and see what God’s Word has to say about persevering through adversity.

Do you not know that in a race all the runners run, but only one gets the price?  Run in such a way as to get the prize.  25Everyone who competes in the games goes into strict training.  They do it to get a crown that will not last, but we do it to get a crown that will last forever.  26Therefore I do not run like someone running aimlessly; I do not fight like a boxer beating the air.  27No, I strike a blow to my body and make it my slave so that after I have preached to others, I myself will not be disqualified for the prize.

Wrap Up – You say this:  In this time we just shared, we talked about pushing through adversity.  The song Natural focuses on standing up to adversity and we looked at relying on yourself versus trusting in God.  As you think back over this time, do you think you tend to look to yourself in adversity or do you quickly turn to God?  Talk to God about this and share your heart with Him about what your desire is when you face adversity in the future.

When we trust God through our challenges, we will see Him do incredible things. Perspective is so important as we chase a crown that will last forever.  Perhaps you would benefit from taking a few moments before we close to ask God to continue to change your perspective – so you would look at what lasts instead of only seeing what is right in front of you.

Champions push through adversity, and those who discipline themselves to let God transform them through the hardships are those who come through these times with an increased faith and mature perspective.  Let’s be people who do more than just look to ourselves when we face a challenge. Let’s run with purpose and a passion to honor God and eagerly see what He might do as we persevere.