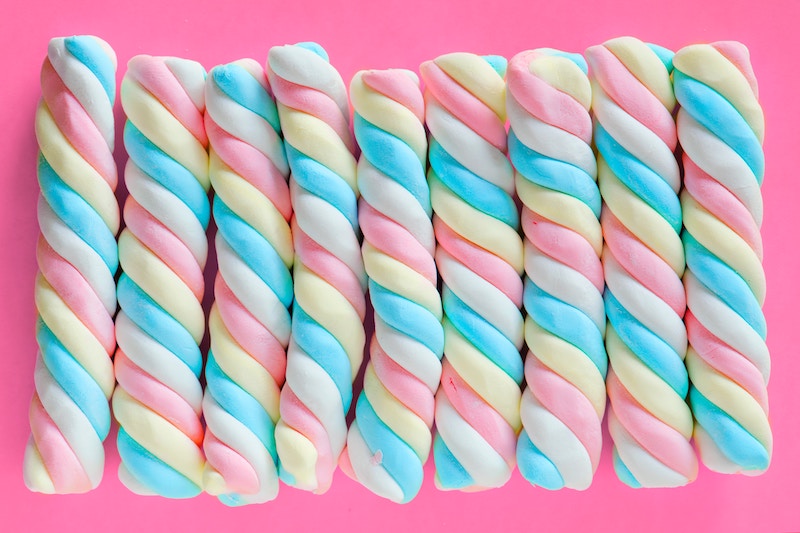 The same rules as Dodgeball, but played with the big sized marshmallows. It’s a lot softer to get hit with a marshmallow than a big rubber ball. Plus imagine the fun of seeing and trying to dodge a hailstorm of marshmallows being flung your way! If you make it through without getting hit in this game, you are the man/woman!!!

Played with two teams, each on one side of a good size room with a line in the middle evenly dividing the two sides. They have to be touching the wall with their body, foot, butt, or hand. The starter yells out, “One, Two, Three, Dodgeball.” At the word ‘Dodgeball’, the teams run up to get the marshmallows (4-5 max depending on the number of kids, you be the judge) sitting on the center line. Then the fun begins. All players must be in-between the center line and the free throw line/boundary line. The only time a player can go behind their free throw line is to retrieve a marshmallow. When a player is hit (anywhere on the body) he/she is out. The ‘hit player’ goes to the designated ‘Out’ sideline. They start lining up from the center line back to their side’s wall. They can go back into the game when one of their team members catches a marshmallow.

Remember to make sure you have at least a couple of adult leaders helping “judge” this one. There is so much to look at and try to observe. Have fun!