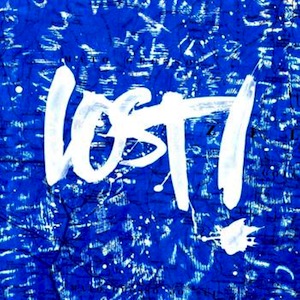 The Song: Lost +
This duet features two titans of the music industry, Coldplay and Jay Z. Jay Z has sold 50 million records worldwide throughout his career and holds the record for most number one albums by a solo artist. He’s been back on the airwaves recently with the new release of his album Magna Carta…Holy Grail. The title track and the album have both spent the last several weeks in the top ten on the Billboard Hot 100 charts and the ITunes top downloads.

Coldplay may not have been as active within the past year or so, but they have still sold around 60 million records during their career and their 2012 Mylo Xyloto tour was the 4th highest-grossing tour that year. They are set to release a new album soon, as well as a song that will be a part of the sound track for the second Hunger Games movie. So although this song is a few years old (2009), it combines two artists who most students are probably familiar with.

Lost+ is a song that reflects on the fleeting nature and pitfalls of success as the world defines it. It shows the elusive nature of living for things like fame, fortune, or the approval of others. It comes from two artists who have seemingly achieved all those things, yet they say that once they arrive where they thought they wanted to be, “the shine wears off.” They encounter attacks and criticism from others, or someone “bigger” and better comes along.

There isn’t really much to the video, although it does provide something interesting to look at. It’s a flashy video of the duo performing the song in concert. Yet alongside the images of Chris Martin singing to thousands of adoring fans, are some surprising reflections about the trappings of fame and the criticism that success invites.

Introducing the Song:
Jay-Z has been everywhere recently, especially since he released his new album Magna Carta in July. He’s been on TV, in advertisements, on the radio, and at the top of the charts. The song is a duet featuring Jay-Z and another superstar music group, Coldplay. These two artists are two of the most successful artists of our time. Together they have sold well over 100 million records and made untold amounts of money. They are the definition of success in the way that the world defines it. In light of that though, I think this song has some interesting and surprising things to say about fame and success. Let’s watch together.

Important Note for Leaders: True to form, Jay-Z uses some profanity in his rap. He uses the word s**t and ni**a in the music video, which can be found here: http://www.youtube.com/watch?v=kGl6KK90kbc.

Please use wise judgment in deciding whether you are comfortable showing the original to your youth or not. When I did this with our youth, I edited the two curse words out. If you would rather use the edited version, you can find it here: https://vimeo.com/72363565

Edited from bmcvideoproductions on Vimeo.

[Jay-Z]
Aha, I gotcha, uh…
With the same sword they knight you, they gon’ good night you with
Sh*t, That’s only half if they like you
That ain’t even the half what they might do
Don’t believe me, ask Michael
See Martin, see Malcolm
See Biggie, see Pac, see success and its outcome
See Jesus, see Judas
See Caesar, see Brutus, see success is like suicide
Suicide, it’s a suicide
If you succeed, prepare to be crucified
Media meddles, ni**az sue you, you settle
Every step you take, they remind you you’re ghetto
So it’s tough being Bobby Brown
To be Bobby then, you have to be Bobby now
And the question is, “Is to have had and lost
Better than not having at all?”
Because I’m…

Oh and I’m, just waiting ‘til the shine wears off
Oh and I’m, just waiting ‘til the shine wears off
Transitional Statement:
From listening to this song, it sounds like being famous and popular may not be as great as it is made out to be. In fact, if you look at the lyrics handout you have in front of you, Jay-Z even likens success to suicide. Wow! That’s probably not what you and I would have called it. But we should probably listen to him; after all, he’s had plenty of success. He should know exactly how fleeting it is to try and stay at the top. Coldplay says it’s tough; a bigger fish is always bound to come along. So, let’s not adopt the mindset of the world when it comes to success. In this life, we should live for the approval of God, rather than for the approval from men. Let’s discuss this some more in our small groups.

You know, brothers and sisters, that our visit to you was not without results. 2 We had previously suffered and been treated outrageously in Philippi, as you know, but with the help of our God we dared to tell you his gospel in the face of strong opposition. 3 For the appeal we make does not spring from error or impure motives, nor are we trying to trick you. 4 On the contrary, we speak as those approved by God to be entrusted with the gospel. We are not trying to please people but God, who tests our hearts. 5 You know we never used flattery, nor did we put on a mask to cover up greed—God is our witness. 6 We were not looking for praise from people, not from you or anyone else, even though as apostles of Christ we could have asserted our authority. 7 Instead, we were like young children among you.
NOTE: At this point, Paul had travelled to numerous cities, preaching the message of Christ and ministering to the Churches. Paul had certainly reached a lot of people for Christ and had seen a lot of success in ministry, but he had also faced a lot of opposition.

Wrap Up:
The reality is that people can be really fickle sometimes. It’s very interesting that Jay Z, possibly one of the most popular musicians in all of history, is talking about how easily people turn against you and how you can be attacked for being successful.

Most of you probably have a few really good friends in your life who would stick by you no matter what, but there are many people who may claim to be our friends one day and then turn on us the next, and they may even tear us down for doing what’s right.

Many of you may be living for popularity above all else, you really want other people to like you at you your school. It may be that you want for a certain group to accept you, or maybe you long above all else for a certain person (maybe a particular boy or girl) to like you. It’s normal to want people to like you, so that isn’t necessarily a bad thing, but if we start to live for the acceptance of others above the acceptance of God, it can lead us to make some really bad choices.

This song and the Bible passage we read warn us is that if we are living for things like popularity or others’ acceptance, it’s like chasing after the wind. Even if you are successful for a moment in gaining these things, some of these people may turn on you, betray you, or hurt you.

That’s why Chris Martin, the Coldplay singer, says he’s “just waiting for the shine to wear off.” He is someone who has achieved fame, riches, and popularity, but he knows that one day the allure will wear off. He knows that eventually, people may turn against him, or attack him, or they may just forget about him altogether.

We can spend our lives chasing things like popularity, success, or money, but if we live for anything or anyone other than Jesus Christ, eventually the shine will wear off. People will come and go in our lives but the one thing that remains—the one thing that is eternal—is your relationship with God.

This doesn’t mean that it is wrong to care about other people’s opinions or that we should have no regard for others. What it means though, is that you will face criticism in this life at some point. If you are going to face it, you should face it for doing good rather than for doing evil. It also means we should never compromise our values in order to please other people.

It means we should live our life with the goal of pleasing God, who judges men’s hearts, above all else. If you need help doing that, hang around after we pray and speak with one of our adult leaders. You’ll be glad you did.