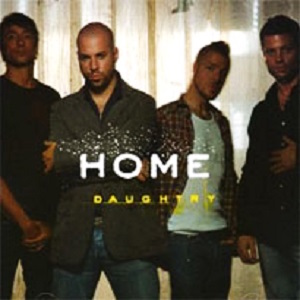 Main Point of Discussion: God’s love is a ‘home’ where we can always return when we go astray.

I’m sure that Chris Daughtry is more than just a little pleased that he ended up ‘losing’ on American Idol, since he is rockin his way to the top every time he pens a new ditty…(in other words- Taylor who?)

‘Home’ is a great tune about the whole concept of a safe place to return after we’ve made mistakes- which is probably why it is so popular with teens.

If you want, you can print out the lyrics (below) and give each student a copy to refer to.

Introducing the Song:
Many of you might have already heard the song ‘Home’ by Daughtry. I’m going to play this song and then we want to hear from you.

I’m staring out into the night,
Trying to hide the pain.
I’m going to the place where love
And feeling good don’t ever cost a thing.
And the pain you feel’s a different kind of pain.

Well I’m going home,
Back to the place where I belong,
And where your love has always been enough for me.
I’m not running from.
No, I think you got me all wrong.
I don’t regret this life I chose for me.
But these places and these faces are getting old,
So I’m going home.
Well I’m going home.

The miles are getting longer, it seems,
The closer I get to you.
I’ve not always been the best man or friend for you.
But your love remains true.
And I don’t know why.
You always seem to give me another try.

So I’m going home,
Back to the place where I belong,
And where your love has always been enough for me.
I’m not running from.
No, I think you got me all wrong.
I don’t regret this life I chose for me.
But these places and these faces are getting old,

Oh, well I’m going home,
Back to the place where I belong,
And where your love has always been enough for me.
I’m not running from.
No, I think you got me all wrong.
I don’t regret this life I chose for me.
But these places and these faces are getting old.
I said these places and these faces are getting old,
So I’m going home.
I’m going home.Transitional Statement:
In this song there are a couple consistent themes that Daughtry keeps going back to- ones that I think we can all relate to.

Transitional Statement:
In the lyrics to the song, Daughtry seems to be saying that even though he doesn’t regret the life he chose, he still has a desire to go back home. For most people, their childhood and ‘roots’ has a profound effect on who they are, and it represents a safe place.

Divide into Small Groups:
Let’s go ahead and split up into our discussion groups to discuss this, and then afterward we’ll come back together for a final word.


Leader – Say This:
Probably all of us have things about our home life that we like, but also things we would like to change, and some of us might even wish we didn’t even live at home any more. We’re going to look at a story Jesus told about a person in that exact situation.

“A man had two sons. The younger son told his father, ‘I want my share of your estate now before you die.’ So his father agreed to divide his wealth between his sons.

“A few days later this younger son packed all his belongings and moved to a distant land, and there he wasted all his money in wild living. About the time his money ran out, a great famine swept over the land, and he began to starve. He persuaded a local farmer to hire him, and the man sent him into his fields to feed the pigs. The young man became so hungry that even the pods he was feeding the pigs looked good to him. But no one gave him anything.

“When he finally came to his senses, he said to himself, ‘At home even the hired servants have food enough to spare, and here I am dying of hunger! I will go home to my father and say, “Father, I have sinned against both heaven and you, and I am no longer worthy of being called your son. Please take me on as a hired servant.”’

“So he returned home to his father. And while he was still a long way off, his father saw him coming. Filled with love and compassion, he ran to his son, embraced him, and kissed him. His son said to him, ‘Father, I have sinned against both heaven and you, and I am no longer worthy of being called your son.’

“But his father said to the servants, ‘Quick! Bring the finest robe in the house and put it on him. Get a ring for his finger and sandals for his feet. And kill the calf we have been fattening. We must celebrate with a feast, for this son of mine was dead and has now returned to life. He was lost, but now he is found.’ So the party began.

Close in Prayer
Give students a chance to trust Christ, and give Christian students an opportunity to recommit their lives to God by going ‘home.’

Altogether:
Pass out a piece of paper, and ask students to write a letter to their heavenly Father, thanking Him for the chance to come home and receive the love that’s enough for anyone.

Wrap Up:
Tonight we’ve been talking about the concept of God’s love being the true home where we can always return to when we’ve gone astray. My challenge to you is to remember that your heavenly Father is always there, with arms wide open, ready to welcome you back when you’ve gone astray.