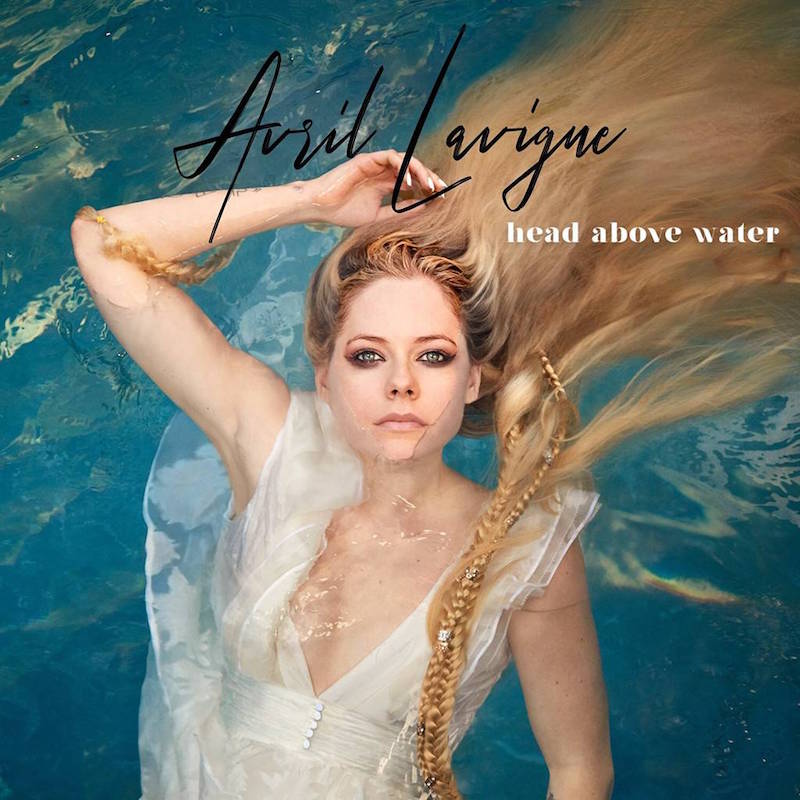 Head Above Water – By Avril Lavigne

MAIN POINT:  When the storm is raging, the sky is darkening, and the water is rising, we need to remember that God is the only One who can save us.

A LITTLE ABOUT THE SONG/ARTIST:  Avril Lavigne has been turning heads since 1999. The French-Canadian singer, songwriter, actor, and entrepreneur has had her fair share of hits in the music business and impacts on culture as a whole.

At the outset of her career she shared the stage with the likes of Shania Twain, but soon thereafter, launched a sole career that was as independent and feisty as it was successful. Known as the Pop Punk Queen, her music often had an edge, and could even be thought-provoking.

Her personal life has been just as head-turning. She’s been married, and divorced, twice, to two different musicians. In 2017, cyber security reps revealed that searching for her name carried a high level of risk for malicious websites. But that was the least of her concerns. In 2015, Lavigne had a very public battle with Lyme disease, a condition that arises from exposure to ticks. Head Above Water was largely the result of her ongoing battle against the disease:

“Those were the worst years of my life as I went through both physical and emotional battles. I was able to turn that fight into music I’m really proud of. I wrote songs in my bed and on the couch and recorded there mostly as well. Words and lyrics that were so true to my experience came pouring out of me effortlessly.”

I’ve gotta keep the calm before the storm
I don’t want less, I don’t want more
Must bar the windows and the doors
To keep me safe, to keep me warm

Yeah, my life is what I’m fighting for
Can’t part the sea, can’t reach the shore
And my voice becomes the driving force
I won’t let this pull me overboard

So pull me up from down below
’Cause I’m underneath the undertow
Come dry me off and hold me close
I need you now, I need you most

And I can’t see in the stormy weather
I can’t seem to keep it all together
And I, I can’t swim the ocean like this forever
And I can’t breathe

God, keep my head above water
I lose my breath at the bottom
Come rescue me, I’ll be waiting
I’m too young to fall asleep

God, keep my head above water
Don’t let me drown, it gets harder
I’ll meet you there at the altar
As I fall down to my knees

INTRODUCING THE SONG— YOU SAY THIS:  Avril Lavigne has been a music maker for the better part of almost two decades. She’s had a #1 hit and several Top 10 hits on Billboard. However, for the last few years, she’s been battling a long and drawn out fight against Lyme disease, a condition that arises due to an infection from ticks. She’s said that the lyrics for Head Above Water stem directly from her fight against this disease. Keep that in mind as you watch her music video.

THE MUSIC VIDEO:  Click the following link for the online music video: https://www.youtube.com/watch?v=v686vG5PSac

TRANSITIONAL STATEMENT:  The song includes some graphic lines about suffering and fear and danger. She does a great job of pulling your into her situation by describing it in drastic terms. Throughout the song, she kept echoing one thing over and over: God keep my head above water. Like Avril Lavigne, we need to remember that when the storm is raging, the sky is darkening, and the water is rising, God is the only One who can save us.

DIVIDE INTO SMALL GROUPS:  Let’s go ahead and split up into our discussion groups, and then afterward we’ll come back together for a final word.

WRAP UP:  In our time together, we looked at two songs. The first was a stirring tune by Avril Lavigne that walked listeners through a very tough time in her life. She painted the picture in catastrophic terms: storms, rising water, fear, helplessness, and so on. But in the end, it was her trust in God and His ability to help that saved her.

The second song came from a difficult time in David’s life. He was equally graphic in his song. You could feel the walls closing in on him and the mud rising beneath him. Again, it was his trust in God that brought him through.

In the end, both of the people rescued, Avril and David, wrote a song about God’s goodness and ability to save.

I want to read you one quick story as we wrap up. This one comes from one night in the life of Jesus. Take a listen to Mark 4:35-41.

On that day, when evening had come, he said to them, “Let us go across to the other side.”  36 And leaving the crowd, they took him with them in the boat, just as he was. And other boats were with him.  37 And a great windstorm arose, and the waves were breaking into the boat, so that the boat was already filling.  38 But he was in the stern, asleep on the cushion. And they woke him and said to him, “Teacher, do you not care that we are perishing?”  39 And he awoke and rebuked the wind and said to the sea, “Peace! Be still!” And the wind ceased, and there was a great calm. 40 He said to them, “Why are you so afraid? Have you still no faith?”  41 And they were filled with great fear and said to one another, “Who then is this, that even wind and sea obey him?”

I love how Jesus isn’t afraid of the things that terrify us. He isn’t bothered by storms…because He can quiet them with His voice. I also like how the disciples’ hearts were challenged by what they’d just witnessed and experienced.

Listen, I want you to know that no matter what kind of storm you are facing in life, you don’t have to face it alone. Jesus, God’s Son, is just a prayer away. If you’re going through something tough, if you’re going through something bigger than you, then I strongly suggest you spend a few moments in prayer doing what Avril and David and those disciples did: Get God’s help!

Why wouldn’t Jesus help you? He loved you enough to die on a cross for you! If He can eradicate our sin, then He can certainly overcome an addiction, a fear, a question, and everything else.

If you’re the person in the middle of a storm, I don’t want you to leave without talking with me or one of our adult leaders. We want to point you to the God who saves.