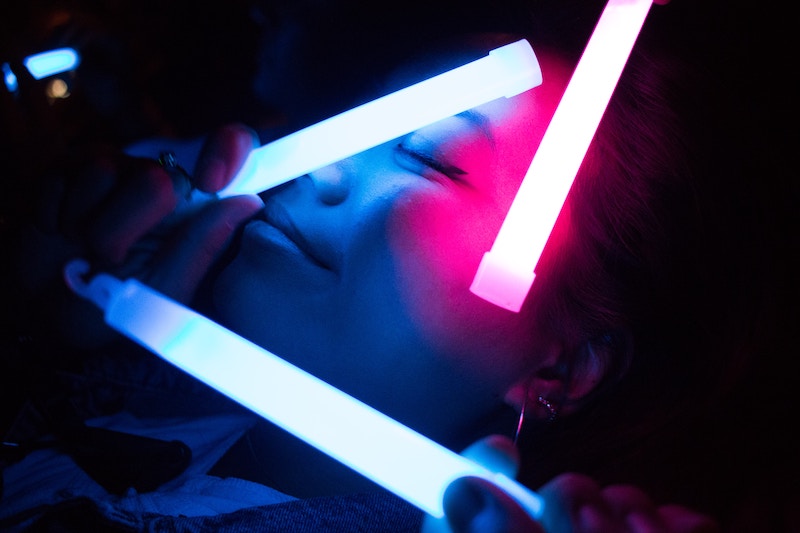 Set up: You need a large field and several bright glow sticks. The neck glow sticks work great for this game. It needs to be fairly dark outside. The moon should be just enough.

The leader’s role: The leaders can play, but must watch the game and make sure everyone is showing their glow sticks during play. The leader could also have more than one “it” person in the game at once. Each additional “it” must have a red glow stick, though.

NOTE: Play in a safe location where there are no trip hazards!