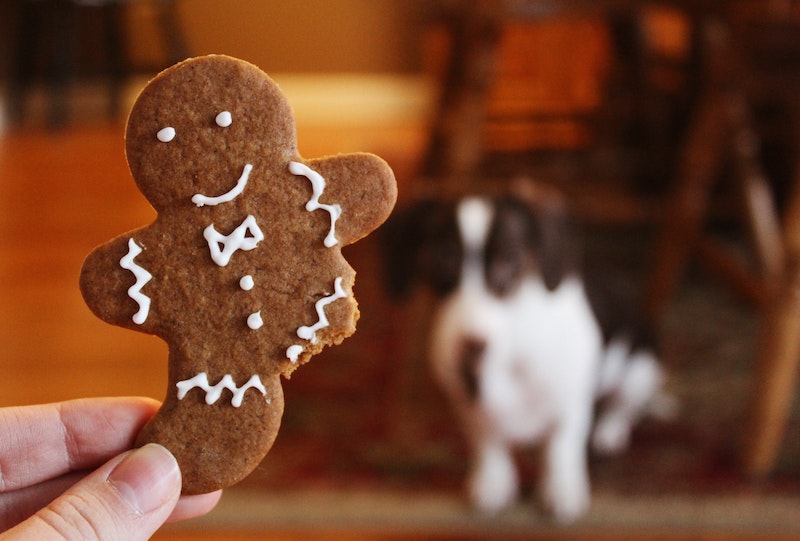 This is best played as an Up Front game, so make sure everyone in the room can see what’s going on!

Teams are made up of 3 girls and 1 guy, or the other way around (we don’t want to be sexist). One student lies down on their back (with their head closest to the crowd) and the other 3 students prepare to build. You will want a few different teams for competitive fun.

The object of the game is to build a gingerbread house on the student’s face (sides of the house on their cheeks, other sides on their chin and the bridge of their nose, and a roof).

The face must first be smeared with frosting so that the crackers will stick well as the goal is for the person to stand up and not have the house fall off their face.

Once the house walls are in place on their face, the team adds a completely closed roof. After the building has 4 walls and a roof, the team then decorates the house. (Teams can use as much icing as necessary to make the house stable.) Once it is completed the person with the house on their face stands up…and the house that doesn’t fall off, wins!

Variable: You can also play this game by setting a time limit of 5 minutes and then letting the crowd judge which gingerbread house is best.