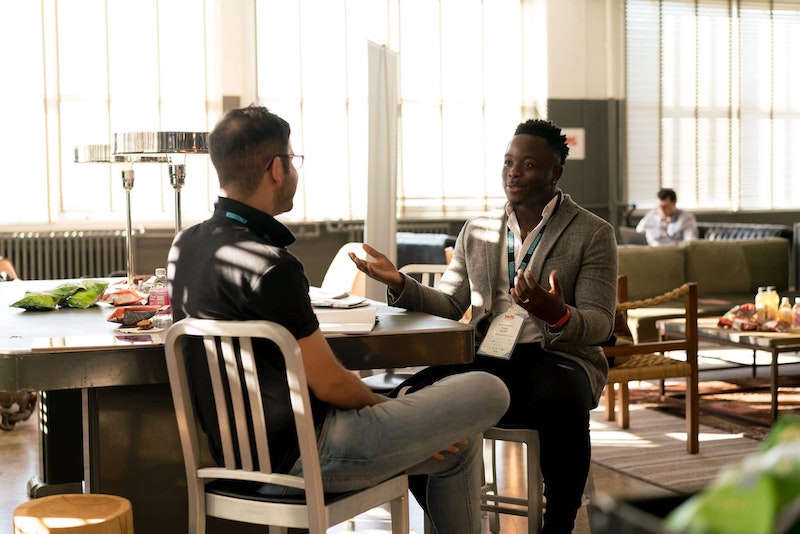 This is a good mixer for groups who may not know each other very well. It is also a good introduction to sharing personal information and feelings in small group situations.

Call out a characteristic and have kids form groups of different numbers based on the characteristic. Make sure kids are forming groups with people they don’t know very well. Have groups indicate they are complete by joining hands in a circle and not talking. You should know everyone is in a group by the silence. After they are in groups have them introduce themselves and share something. Make sure the sharing starts out as silly or easy to talk about subjects and advances to more difficult subjects as the rounds continue. Play three or four rounds. You can use the characteristics to get kids into comfortable or uncomfortable groups depending on what you want to work on. Or to break up cliques during small group discussions.

Example Rounds
1. Everyone wearing shorts or skirts get into groups of three; everyone in jeans gets in groups of four.
Introduce yourselves to everyone in your group then share the funniest thing that happened to you in the last week.

2. Everyone get into groups of four according to your eye color. (So, there may be more than one group of those with brown eyes, for example.)
Introduce yourselves to everyone in your group then share your oldest childhood memory.

3. Everyone get into groups of three by age.
Introduce yourselves to everyone in your group then share the dumbest thing you did or said in the last week.