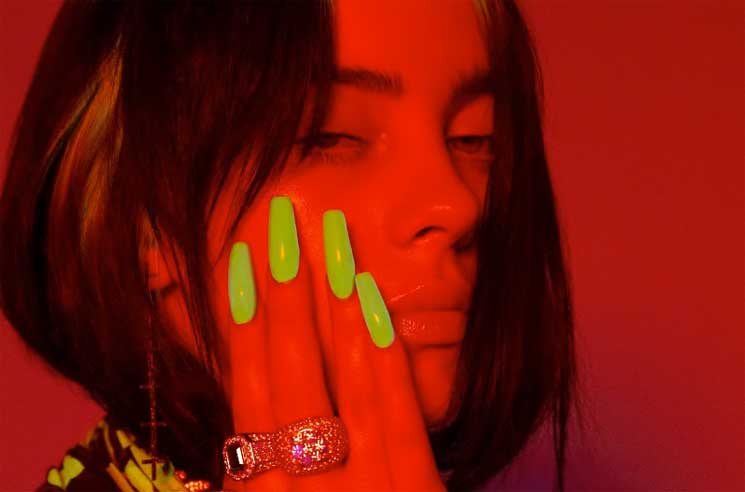 Main Point:  There is power in having someone love us relentlessly, and because of Jesus we can show others that type of love.

About the Artist – Billie Eilish

Raised in Los Angeles, Billie Eilish started writing her own songs at the age of eleven. Being raised in a musician family, Billie was most influenced by her older brother, Finneas O’Connell. In 2017 she recorded her brother’s song, “Ocean Eyes,” which became a hit and was a significant breakthrough in her music career. At the age of 17, Eilish was nominated for six Grammy Awards. She is known for her distinctive baggy clothes which she says she wears to avoid people from body shaming her, stating that if they can’t see it, they can’t comment on it.

Song Lyrics – Everything I Wanted

I had a dream
I got everything I wanted
Not what you’d think
And if I’m bein’ honest
It might’ve been a nightmare
To anyone who might care
Thought I could fly (Fly)
So I stepped off the Golden, mm
Nobody cried (Cried, cried, cried, cried)
Nobody even noticed
I saw them standing right there
Kinda thought they might care (Might care, might care)

I had a dream
I got everything I wanted
But when I wake up, I see
You with me

And you say, “As long as I’m here, no one can hurt you
Don’t wanna lie here, but you can learn to
If I could change the way that you see yourself
You wouldn’t wonder why you hear ‘they don’t deserve you'”

I had a dream
I got everything I wanted
But when I wake up, I see
You with me

And you say, “As long as I’m here, no one can hurt you
Don’t wanna lie here, but you can learn to
If I could change the way that you see yourself
You wouldn’t wonder why you hear ‘they don’t deserve you'”

Introducing the Song – You Say This:  Released in November of 2019, Everything I Wanted is the second single released from Eilish following her hit debut album When We All Fall Asleep, Where Do We Go? The song is about her relationship with her brother Finneas, in addition to being about a nightmare Billie had. In her nightmare, she took her own life and nobody appeared to care. The song speaks powerfully to our need to be loved.

The Music Video: The music video can be viewed for free at: https://www.youtube.com/watch?time_continue=66&v=qCTMq7xvdXU

Transition Statement – You Say This:  There is so much power in being loved, and this song provokes discussion about the role being loved and loving others can play in our lives. Sometimes we can wonder if anyone really cares, or just feel like we need to change the way we see ourselves. This song raises some good questions, so let’s take some time and talk about them.

Proverbs 17:17
A friend loves at all times, and a brother is born for a time of adversity.

Proverbs 18:24
One who has unreliable friends soon comes to ruin, but there is a friend who sticks closer than a brother.

Wrap Up – You say this: What’s remarkable about this song is that it was literally written by a teenager who is walking through many of the same emotions and experiences that you might face. While her rise to fame has obviously changed the game some, the reality of how being loved has impacted her life is something that many can relate to. In her opening verse, she shares a very disturbing dream she had and explains with great vulnerability how she fears that nobody would care if she was gone. In the Old Testament book of Zephaniah, the Bible says in 3:17 that God “will take great delight in you.” Take a moment with God and reflect on this promise, and ask Him to build your faith so you will remember its truth.

(Pause and give them a quiet moment to mediated and pray silently.)

In the midst of everything Billie Eilish has encountered, she has found the faithful love of her brother to be a stabilizing force in her life. For you and I, as we look at this song it’s hard not to realize that everyone needs someone like this in their own life. Right now there are people in your circle of influence, people you encounter and could impact, people who need to be loved. Take a moment and ask Jesus to reveal a name or two of someone you know who needs to know they are loved, and who needs to experience His love through you.

We live in a day where people feel lonely despite being overly connected in social media and have the ability to be in constant communication with each other. In a world where so many are hitting an emotional wall that they can’t seem to get past, some are reacting with self-harm and even suicide. Imagine how powerful it would be if those who experienced the love of Jesus chose to look around and become a generation who consistently demonstrate His love to others. Consider how this world might change if those who knew Jesus were passionately determined to see the unloved, and to faithfully show them they matter – both to others and to God. Let’s be people who refuse to get so wrapped up in our own stuff that we forget the world needs people who can live out the love of Jesus to this broken world. Let’s take a few minutes to pray for those whose names God has given us during this time, and consider how each of us can take a step today to let them know how loved they truly are.