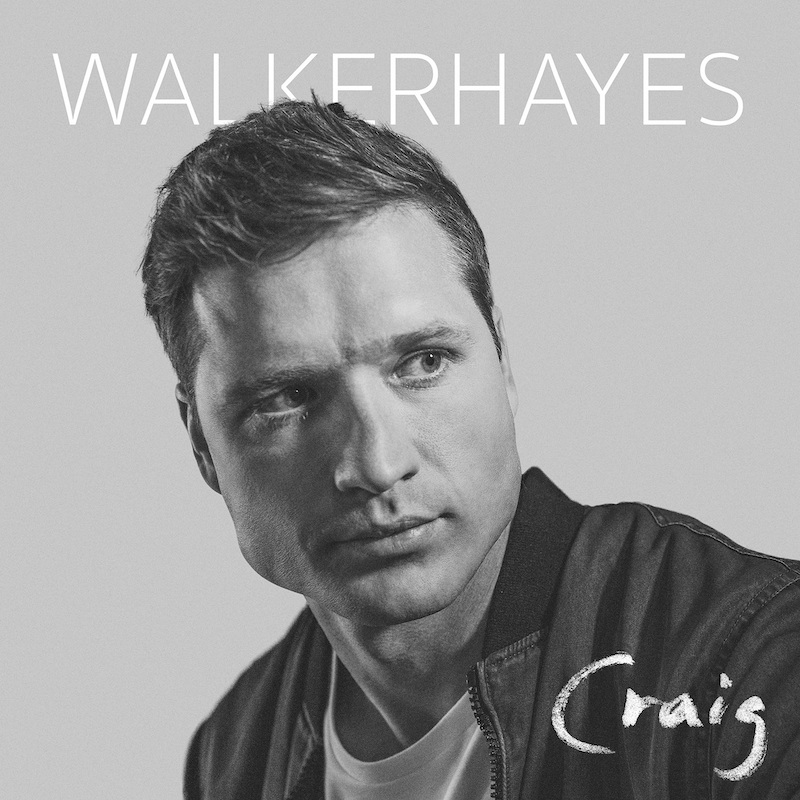 A Little About the Song/Artist: The Time God Used a Man Named Craig

Walker Hayes is a country music artist who moved to Nashville with his wife and kids in 2005 hoping to make a name for himself in the music business. It proved to be a daunting challenge; he did some song writing, got signed to a label, got dropped from the label, and wound up working at a Costco to pay the bills while he still dabbled in music production on the side.

Across his decade-long career, he’s released a couple of albums to mild fanfare, but his latest single Craig (off the album entitled boom) is getting a lot of attention because of the story it tells. The song is all about how a man named Craig helped the Hayes family by providing them with a vehicle when Walker and his wife and their six kids were down to a single car that didn’t even have enough seat belts to secure everyone in place.

It’s a really cool story and you can read more about the particulars of Walker and Craig’s relationship in order to provide as many details as you like or as time allows. The key line revolves around Walker’s changing opinion of Christians:

“I’m not a churchgoer,” Hayes said. “I had a lot of wrong preconceived notions about church-y folks, and I’m bad at judging the messenger not the message. But my wife dragged me to church. And I met this guy, Craig. He was so genuine, even though I was messed up at the time. I think I even showed up that night a little drunk after watching football all day. But this guy, and I hit it off.”

A guy named Craig did a wildly sacrificial thing for a guy who doesn’t even believe the same things about God that he does…and he did it because that’s what he thought Jesus would want him to do. That’s what every Christian is called to do: love others the way they’ve been loved.

The Video Clip:  Click the following link for the online video: https://www.youtube.com/watch?v=kIFqTl22XNU

The Song’s Lyrics:  That video shows the song’s lyrics, but if you’d like to distribute copies of them, here they are:

I met Craig at a church called Redeeming Grace
It’s like he understood my “I don’t want to be here” face
I felt out of place and I smelled like beer
But he just shook my hand, said “I’m glad you’re here”
He says “we’ll all be judged”
But he was never judgmental
And even though my songs don’t belong in no hymnal
He’d quote me my lyrics, slap me on the back
Said “Man you’ve got a gift! How you write like that?”

When you lose a record deal, yeah all the perks fade fast
Dealership said, “We’re going to need to get that mini-van back”
So we were down to one car
And broke as I felt
My wife and six kids and only five seat belts
I needed help but couldn’t admit I was struggling
Said, “Craig, it’s all good”
But he knew it all wasn’t
A “Hey man I’m praying for you” would’ve been sufficient but nah
He took roadside assistance to a whole other level
To sacrificial heights

Showed up at the ballpark after my son’s game one night
In two cars, with his wife Laura watching from the other
I said “What in the world are y’all doing here, brother?”
He just laughed inside that old Chrysler Town and Country van
With the keys, and a title, and a pen in his hand
Said “Man, all you got to do is sign and it’s yours”
I said “No, no way”
But he wouldn’t take “no” for an answer
He said “Please do
Somebody did this for me once, just let me do this for you”
We argued about it for a little while
Then I teared up, and Craig smiled

My pride was way too ashamed to be adequately grateful at the moment
But I signed the dotted line, and I drove the kids home
And when the cop pulled up beside us
At the light, they didn’t have to duck
Because thanks to Craig
They were all buckled up

Transitional Statement:  Not only is that a killer story but also Walker did a great job putting it to tune. I like how Craig acted sacrificially because he believed that’s what Jesus was telling him to do. I really like how Craig’s generosity made Walker re-think Jesus, church, and faith. The bottom line is simple: following Jesus means loving others…because that’s what He did. Loving others means meeting their needs…because that’s also what Jesus did. I firmly believe that if we show the same amount of love and kindness that Craig did for Walker, the lives of our friends and family will be changed, too. That would be really cool!

We know what real love is because Christ gave up his life for us. And so we also ought to give up our lives for our Christian brothers and sisters. 17 But if anyone has enough money to live well and sees a brother or sister in need and refuses to help– how can God’s love be in that person?  18 Dear children, let us stop just saying we love each other; let us really show it by our actions.  19 It is by our actions that we know we are living in the truth, so we will be confident when we stand before the Lord…

Wrap Up:  Jesus’ love for Craig changed Craig’s life when He died on the cross for him 2,000 years ago. Craig’s love for Walker changed Walker’s life when he gave him and his family a car. We might try to dance around the issue. We might try to justify our laziness or selfishness. But the truth is simple: we must be willing to make sacrifices for the ones we love!

If we say we are Christians – Christ followers – we must be willing to do the exact same thing that Christ did…make sacrifices for others.

According to John’s passage we read in our groups, Jesus has led us by an incredible example. He gave His life on a cross to offer us forgiveness of our sins. Why would He do something so radically generous? The Bible says over and over again it’s because He loves us.

I hope that you have someone in your life, in addition to Jesus, that loves you like this. I hope you have a “Craig” in your life! If not, and you need something, I want you to promise me right now in your heart, that you’ll speak to one of our adult leaders before you leave so we can show you just how much we love you and care for you! Why? Because we love Jesus and this is what Jesus wants us to do.

Now let me flip the script….

Again, I want you to know you’re not alone. If you know someone who’s in a tough situation and you think we can help you help them, then take just a few moments after we close in prayer to tell us their story. Who knows? Maybe we can make a big impact in their lives together! Whatever you do, do something! Don’t believe the lie that says “saying ‘I love you’ is enough.” Step up to the plate and make the sacrifice. You just might change somebody’s life!