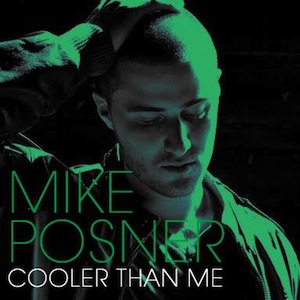 Main Point of Discussion:
God loves everyone without exception, and when we show that kind of love to others, it opens doors to share the gospel. Bottom line: Christians should never act as though they’re “cooler” than others.

The Song: “Cooler Than Me”

“Cooler Than Me” peaked at number 7 on the Billboard Hot 100 chart and reached the top spot on the Billboard Hot Dance Airplay chart on July 31. Lyrically it focuses on the common teenage “coolness caste system” through which kids are assigned “cool” or “uncool” positions, which can impact self-esteem.

Introducing the Song—SAY THIS:
(While passing out a copy of the song lyrics) “You’ve probably heard Mike Posner’s “Cooler Than Me” in one version or another. While most listeners view this song as a good dance tune (and exclusively focused on guy-girl relationships), it actually brings up deeper issues present on every high school campus in America.

The Music Video:
The song’s video can be found at the following link: http://www.youtube.com/watch?v=mqWq_48LxWQ

Song Lyrics: “Cooler Than Me”

If I could write you a song to make you fall in love
I would already have you up under my arm
I used up all of my tricks, I hope that you like this
But you probably won’t, you think you’re cooler than me
Shhh, see I got you all figured out
You need everyone’s eyes just to feel seen
Behind your make-up nobody knows who you even are
Who do you think that you are?
‘Cause it sure seems
You got no doubt
But we all see
You got your head in the clouds
Transitional Statement:
Posner clearly isn’t thrilled with attitudes of the females around him. But as we note previously, the “cool factor” he observes is common among guys and girls—and common among all kinds of relationships. Maybe you’ve felt like that at times in your life—I know I have. The question is, Does the Bible have anything to say about “being cool”? Well, let’s take a look at a challenge Jesus gave the “cool” people of his day…

Matthew 5:43-48 (The Message)
“You're familiar with the old written law, ‘Love your friend,” and its unwritten companion, ‘Hate your enemy.’ I’m challenging that. I’m telling you to love your enemies. Let them bring out the best in you, not the worst. When someone gives you a hard time, respond with the energies of prayer, for then you are working out of your true selves, your God-created selves. This is what God does. He gives his best—the sun to warm and the rain to nourish—to everyone, regardless: the good and bad, the nice and nasty. If all you do is love the lovable, do you expect a bonus? Anybody can do that. If you simply say hello to those who greet you, do you expect a medal? Any run-of-the-mill sinner does that.

“In a word, what I’m saying is, Grow up. You’re kingdom subjects. Now live like it. Live out your God-created identity. Live generously and graciously toward others, the way God lives toward you.”
(Leader hint: Explain to your teens that this teaching from Jesus was in part directed at the “popular” crowd—the religious leaders. They definitely had a I’m-cooler-than-you mentality and even used God’s law to set up a social/spiritual caste system among the people of Israel.)


Transitional Statement:
The desire for popularity and the tendency to put people into categories is human nature, but God calls Christians to a higher standard. If we’re hoping to effectively share the gospel with people on our campuses, the first thing we need to do is reject the attitudes, conversations, and activities that solidify the “social caste system.”

(Pass out 3×5 cards and pens as the students return to the large group.)

Wrap Up:
Ask every student to take a few minutes and fill in the blanks with this prompt:

If I am honest, I believe I am cooler than these people: (list first names only)

If I am honest, I believe these people think they’re cooler than me: (list first names only)

After students have listed names, without showing them to anybody, ask them to take a few minutes and pray for the names on their cards and also pray that God would give them (as well as those they listed) the courage to end the popularity game and be bold in loving everybody the same.

Close in Prayer:
Close by praying that God will give students chances to trust Christ, then ask God to create hearts for others in every student in the group and allow God at their schools.