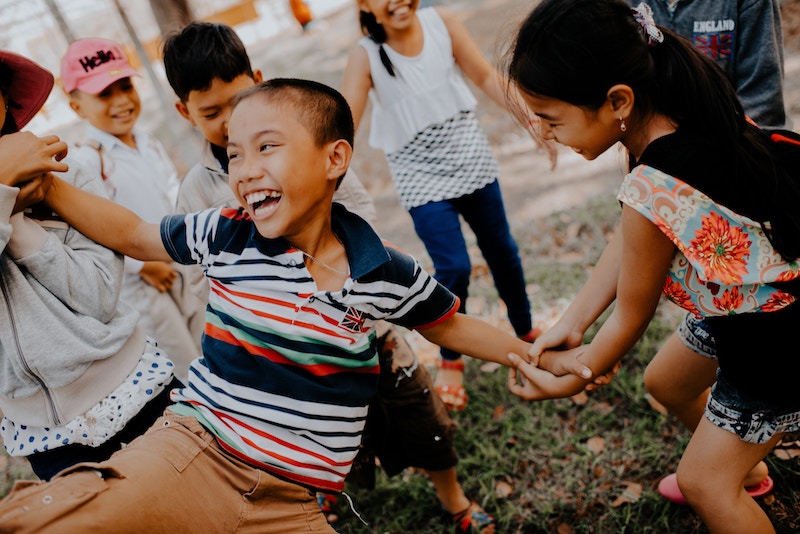 This game can be played with 3 or more people, preferably outside or in a big space. One person is chosen to be “it”. “It” chooses a category such as flowers, cars, animals, etc. and then goes out of earshot. The remaining players decide “what” they are for that category. (For example, if the category is flowers, then one person could be a rose, another, a daisy, and so on, with everyone choosing something different). After everyone has decided what they want to be, then they go to “it” and list “what” everyone is without naming who is which thing. For example, if there was a rose, a daisy, and a sunflower playing, then one person would go to “it” and say daisy, sunflower, and rose. Then “it” would randomly choose one of the names and call that name out. For example: “It” says “Rose” and the person who chose Rose has to run away and the person who is “it” tries to catch them.

If the person who is running gets tired then he/she can say the name of another thing from the list. So if Rose was running and got tired he/she could call out “daisy” and “it” would then have to go and chase “daisy.” The name can only be changed three times or poor “It” doesn’t have a chance at catching anyone.

When “it” gets tired he/she can drop to the ground and yell “chicklets”! Then all the other people have to run as fast as they can and touch “It’s” head and the last one to touch “It’s” head is “It” for the next round. This game is very tiring but also very fun!