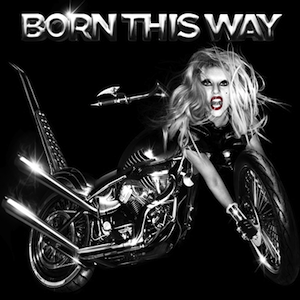 Main Point of Discussion: Jesus loves everybody—so should we.

The Song: “Born This Way”

Lady Gaga is perhaps the biggest pop-music star on the planet. Known for her unconventional (okay…outrageous) wardrobe choices and Madonna-influenced dancing and vocal style, Gaga has been grabbing scads of awards and critical praise and millions of listeners for several years now.

“Born This Way” is the latest notch on her musical belt. Gaga sang a snippet of the tune (a fairly shameless rip-off of Madonna’s “Express Yourself”) after winning one of several MTV video music awards last September. Her fans have been, well…gaga ever since. She released “Born This Way” on Feb. 11, and it quickly hit the top of the iTunes charts. Gaga performed the single for the first time on the Feb. 13 Grammy Awards telecast, and it’s now atop the Billboard Hot 100 chart as well.

More important than the tune’s undeniable buzz is the content of the lyrics; they champion the idea of loving yourself no matter what you look like or how much money you have or if you’ve ever felt bullied or marginalized—because “God makes no mistakes.” Kudos to Gaga for singing those truthful sentiments. But intertwined with such positivity is her long-held pro-promiscuity, pro-gay agenda (see song lyrics further down). Given the popularity of “Born This Way,” it’s incumbent upon youth workers to dig into the tune and offer their students a biblical perspective, which this discussion will focus on. (For more background, check out the Source’s Youth Culture Window article on Lady Gaga and “Born This Way,” posted last week.)

You can present the song and its lyrics any number of ways, from downloading the track and playing it while your students read from lyric sheets you’ve passed around or projecting a YouTube video with the lyrics on a wall.

IMPORTANT NOTE: Scripture is clear regarding same-gender sexual sin, as it is regarding opposite-gender sexual sin—i.e., they’re both sinful; God isn’t cool with either action. Unfortunately the church has justifiably gained a reputation as a gay-hating institution by, among other things, stigmatizing homosexual sin (and homosexuality in general) to a far greater extent.

As believers in Christ, we need to end homophobia, like, yesterday. That means stopping the gay jokes in youth group; that means confronting hatred for LBGT people within our church walls and challenging believers to instead show love—at least as much as Christ loves straight people who lie, cheat, sleep around, and wallow in all manner of addiction. That also means, as a church, dealing with same-gender sexual sin by the same yardstick as opposite-gender sexual sin—neither is better, neither is worse, and no backing down from either sin.

A final word: Youth leaders must be mindful of the high probability that there are at least some teens under their care who are wondering if they’re gay or who have engaged in same-sex behaviors. And the last thing they need is a couple of Bible verses thrown in their faces while the clique off to the side giggles at yet another effeminate vocal impersonation. These kids need care and protection and listening ears and loving guidance. After all, if the church fails to love them, Lady Gaga (and her ilk) most certainly will. Please keep this in mind as you prepare this discussion.

Introducing the Song —SAY THIS:
We’re going to take a deeper look at the worldview behind the big pop song “Born This Way,” a fairly new Lady Gaga tune that most of you are probably familiar with. Let’s check it out. (Play the song or run the video.)

It doesn’t matter if you love him, or capital h-i-m
just put your paws up
‘cause you were born this way, baby

my mama told me when I was young
we are all born superstars
she rolled my hair and put my lipstick on
in the glass of her boudoir
“there’s nothin’ wrong with lovin’ who you are”
she said, “ ‘cause he made you perfect, babe”
“so hold your head up girl and you’ll go far,
listen to me when I say”

Give yourself prudence
and love your friends
subway kid, rejoice your truth
in the religion of the insecure
I must be myself, respect my youth
a different lover is not a sin
believe capital h-i-m (hey hey hey)
I love my life I love this record and
mi amore vole fe yah (love needs faith)

Divide into Small Groups:
Let’s go ahead and split into our discussion groups, and then afterward we’ll come together for a final word.

Introducing the passage —SAY THIS:
Realize, you’ll hear some people try to explain away the truth of this passage, saying that this word for homosexuality meant something else, like the abuse of young boys. I assure you, it didn’t. Paul would have just said that. And there are plenty of other passages that are very clear about all these actions he lists as being sins. (Leader- if you’d like to study a little more prior to these small groups to be prepared, you can read our extensive article on the subject here.)

1 Timothy 1:8-11 (NLT)
The law was not intended for people who do what is right. It is for people who are lawless and rebellious, who are ungodly and sinful, who consider nothing sacred and defile what is holy, who kill their father or mother or commit other murders. The law is for people who are sexually immoral, or who practice homosexuality, or are slave traders, liars, promise breakers, or who do anything else that contradicts the wholesome teaching that comes from the glorious Good News entrusted to me by our blessed God.

You Say: Yes, in this passage Paul lists the “sexually immoral” and those who “practice homosexuality” among the “lawless and rebellious.” It is point blank doctrine: both sexual immorality and homosexuality are lifestyles that are contradictory to the Gospel. But, look what else Paul is doing. He’s also clearly saying that God has reached out to the “lawless and rebellious” with His perfect law. Rather than condemn sinners, God desires to redeem them! (just like John 3:17 says).

Wrap Up
The Bible is clear regarding same-gender sexual sin, as it is regarding opposite-gender sexual sin—i.e., they’re both sinful; God isn’t cool with either action. The passage in 1 Timothy says as much. Unfortunately the church is viewed as a gay-hating institution because Christians have placed more weight on homosexual sin (and homosexuality in general) than on heterosexual sin. But God views them both equally—again, 1 Timothy, I Corinthians 6 and other passages say as much.

As believers in Christ, we need to end homophobia, like, yesterday. That means stopping the gay jokes in youth group; that means confronting hatred for LBGT people within our church walls and challenging believers to instead show love—at least as much as Christ loves straight people who lie, cheat, sleep around, and wallow in addiction. That also means, as a church, dealing with same-gender sexual sin by the same yardstick as opposite-gender sexual sin—neither is better, neither is worse, and no backing down from either sin.

Here’s my challenge to you: If you know people who are gay or lesbian, figure out a way this week to demonstrate love to them. Choose to stick up for them. Don’t talk to them about their sin or their lifestyles—instead, overcome evil with good. In time you may gain the right to speak into their lives.

And if any of you have been struggling or wrestling with feeling as though you may be attracted to the same sex—or even if you’ve had same-sex experiences and don’t know who you can talk to—me and the other adult leaders are here to listen to and pray with you whenever you need us. Give us a chance to prove that Jesus is present among this group.