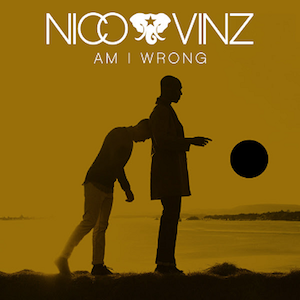 Main Point: We must be willing to ask ourselves hard questions to make sure we are correct in our convictions. It’s even more important to do so when others think we are wrong or disagree with us.

Introducing the Song:
Am I Wrong is a Top 10 hit from the duo formerly known as Envy, now known around the world as Nico and Vinz. The two singers who comprise the group, Nico Sereba (from Ivory Coast) and Vincent Dery (from Ghana) incorporate an African flair in their music, even though they are based in Norway.

Am I Wrong is not only catchy, and clean, but contemplative, as well. That’s a rare feat for music these days! Essentially, the song is about the artist asking about the prospects of a relationship, but his questions fit a number of other scenarios in life.

Set in Africa, the music video shows beautiful and rugged landscape that offers the perfect backdrop for such questions. Christians should ask themselves similar questions so that they can be confident in their convictions.

I ain’t tryna do what everybody else doing
Just cause everybody doing what they all do
If one thing I know, I’ll fall but I’ll grow
I’m walking down this road of mine, this road that I call home

Am I tripping for having a vision?
My prediction: I’mma be on the top of the world

Transitional Statement:
Life has a way of throwing doubt after doubt at us. Those doubts cloud our judgment and can cause us to question our convictions and beliefs…which is not always a bad thing. When we question our convictions, one of three things happens: we either abandon them, refine them, or bolster them. In the song we just heard, the singer was checking his convictions; was he wrong to think that he had a future with a certain individual. That’s not a small part of life. But the questions he asked himself can be applied to several other areas of life. In the end, as Christians, you and I must follow our convictions, even when others think we are wrong or disagree with us. Let’s discuss that more in our small groups.

Now, brothers, I want to remind you of the gospel I preached to you, which you received and on which you have taken your stand. 2 By this gospel you are saved, if you hold firmly to the word I preached to you. Otherwise, you have believed in vain. 3 For what I received I passed on to you as of first importance: that Christ died for our sins according to the Scriptures, 4 that he was buried, that he was raised on the third day according to the Scriptures, 5 and that he appeared to Peter, and then to the Twelve. 6 After that, he appeared to more than five hundred of the brothers at the same time, most of whom are still living, though some have fallen asleep. 7 Then he appeared to James, then to all the apostles, 8 and last of all he appeared to me also, as to one abnormally born. 9 For I am the least of the apostles and do not even deserve to be called an apostle, because I persecuted the church of God. 10 But by the grace of God I am what I am, and his grace to me was not without effect. No, I worked harder than all of them– yet not I, but the grace of God that was with me. 11 Whether, then, it was I or they, this is what we preach, and this is what you believed. 12 But if it is preached that Christ has been raised from the dead, how can some of you say that there is no resurrection of the dead? 13 If there is no resurrection of the dead, then not even Christ has been raised. 14 And if Christ has not been raised, our preaching is useless and so is your faith. 15 More than that, we are then found to be false witnesses about God, for we have testified about God that he raised Christ from the dead. But he did not raise him if in fact the dead are not raised. 16 For if the dead are not raised, then Christ has not been raised either. 17 And if Christ has not been raised, your faith is futile; you are still in your sins. 18 Then those also who have fallen asleep in Christ are lost. 19 If only for this life we have hope in Christ, we are to be pitied more than all men. 20 But Christ has indeed been raised from the dead, the firstfruits of those who have fallen asleep.


Wrap Up:
In the catchy song we listened to, Nico and Vinz kept asking “Am I wrong?” over and over again. It’s a powerful yet humble question to ask. They were asking it as it related to a relationship’s future, but the question works in so many areas of our lives. Asking that kind of question leads to answers and convictions that can shape our lives.

But it takes courage to ask big questions like “Am I wrong?” Asking tough questions isn’t for the faint of heart. If you ask these kinds of questions, you need to be prepared to discover truth. So let me warn you up front: if you ask hard questions, you will come face to face with truth…and oftentimes, that truth makes demands on your life.

For example, if you are in a relationship that is against God’s will, and you ask Him what He thinks, He will tell you. Now, you’re on the hook to obey Him. Let’s look at another example. If you are not living a life of integrity when it comes to school, and you ask God what He thinks about cheating or copying or paying someone to do your homework, He will convict you of your sin. Again, you’re on the hook to follow God in obedience and change your ways.

Let’s look at one more example in life, the biggest, in fact! Let’s say that you doubt God’s existence, or His goodness, or His love, etc. If you contemplate on that doubt, ask seriously hard questions, and explore God’s Word for answers, I assure you He will speak to you and give you the confidence that He does exist, that He does love you, and that He cares for you deeply. And again, that means your life will have to change.

Asking hard questions is a very mature thing to do. Kids don’t ask themselves hard questions; they just selfishly assume things in life. A mark of our growth is that we are willing to be courageous because we’ve asked and answered the hard questions in life.

I want to close us in prayer right now, by asking God to help each of you answer your hard questions. It will mean that you are willing to be honest before Him, and promise to make changes that He requires. But if you’re willing to do that, I believe God is willing to speak with you. After I pray, if you have more questions about asking big questions, grab me or one of our adult leaders so we can talk about it further. This is too important to not do right.