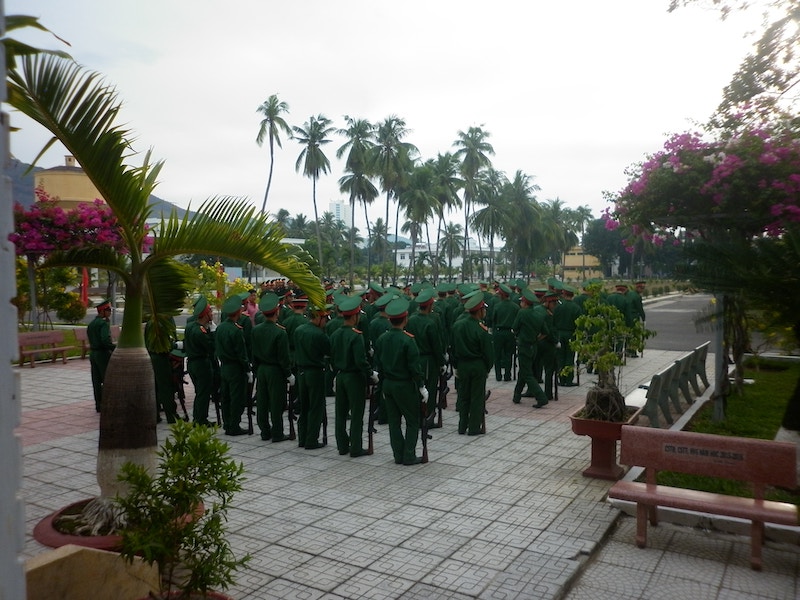 For this skit, you will need 5 actors. The lead actor is the General. He needs to be an overbearing, loud, and big guy.

The scene opens with soldiers standing in line. A General is in front of his troops (facing the same way as them with his back to them) giving silly orders.

(soldiers behind him snap to attention.)

General: Good. Now, let’s talk about hygiene. You will take showers daily using soap! My drill sergeants will ensure that your bar of soap is getting smaller each day. Got it?!

General: Good. Now about contraband. You are not permitted to have any homemade cookies, portable PlayStations, Kelly Clarkson CDs, skateboards. (interrupted by last soldier sneezing). WHO WAS THAT?!!! (All of the soldiers in the line slowly back up a step, one by one.)

General: OK I guess we’re gonna have to do this the hard way! (General approaches the first soldier and leans in) Was it you?

Soldier #1: No Master!! (General shoots the first soldier and immediately goes to Soldier #2.)

General: (leaning in again) Was it you?

Soldier #2: No master! (General shoots the second soldier and immediately goes to Soldier #3.)

General: (leaning in) Was it you?

Soldier #3: No Master! (General shoots the third soldier and goes to Soldier #4.)

General: (leaning in) Was it you?