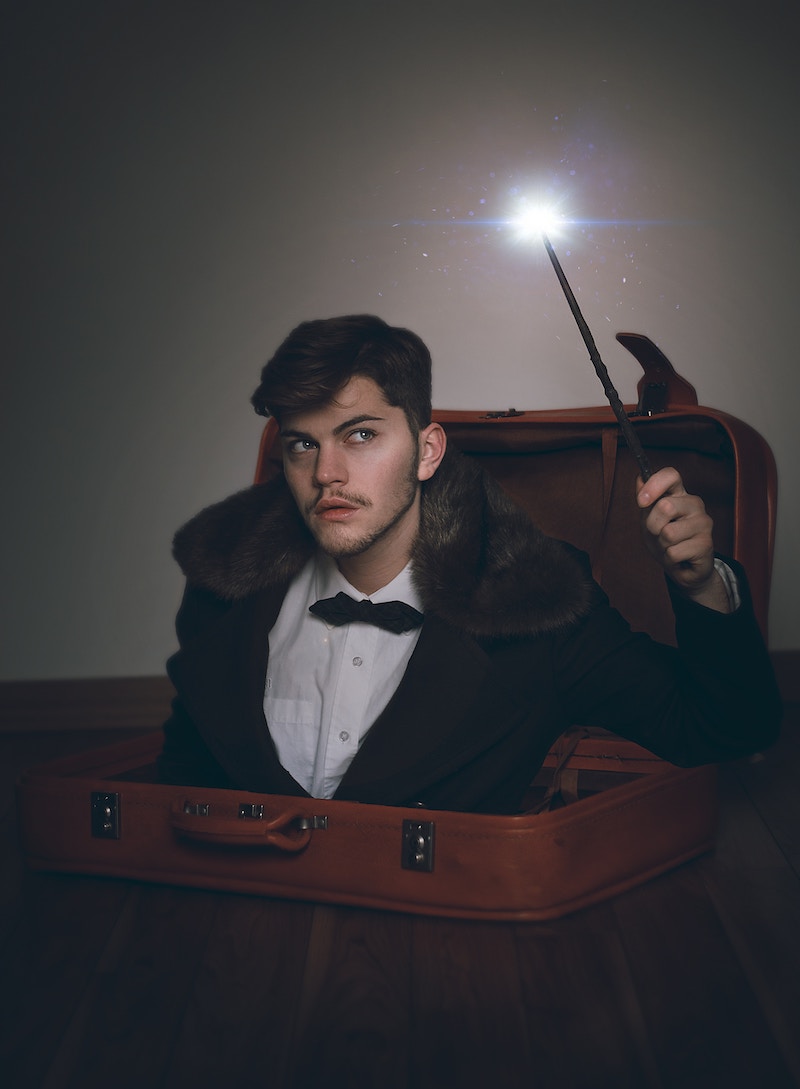 Characters Needed:
1 Magician
10 girls (preferably all with ponytails and wearing similar clothes and as many blondes as possible)
1 random person

Props:
a glass of water
a table/stand for the water to sit on
a cloth to cover the table and glass

At the start of the skit, have the ten girls and random person embedded in the audience as the magician walks on stage.

Magician: “Hello everyone! My name is Mario the Magnificent! I am a magician extraordinaire! Tonight, I will blow your minds as I transport a mouth full of water down a line of volunteers without touching them! Now, can I get some volunteers? I’m going to need 10.”

Magician: “Now, you girl’s part is that when I give you the signal, turn to each other like you’re whispering to one another BUT DO NOT let go of each others’ hands! Got that? It’s very simple.”

Magician: “Good! Now, let the magic begin! Ladies and Gentleman, I give you…THE MAGIC WATER!” (Whips the cloth off the cup and table)

Ten Girls: (Gasp at the same and say the line at the same time with voice inflection) “OOOOO!!!”

1st Girl in Line: “Because you never gave us the signal!”

Magician: “Alright…when I POINT TO YOU, do your part. Got that?”

Magician: “OK. Let’s do this again.” (The magician drinks the rest of the water.)

1st Girl in Line: (Turns and whispers to the 2nd girl in line without letting go of each other’s hands. The moment she does this, the magician swallows his water as fast and as secretly as possible.)

Random Man: “Oh please! You call this a magic trick? This is lame!”

Magician: (Puts on the oh-no-you-didn’t face and says) “You want to come and say that to my face?”

Random Man: “Sure!” (Runs on stage and comes face to face with the magician.) “Oh please! You call this a magic trick? This is lame!”

Magician: “So you don’t think this is going to work?”

Magician: “Deal!” (The magician walks over to the last girl in the line and asks) “Do you think it will work?”

Random man: “Are you positive?”

Last girl: (As she says her line, the water falls out of her mouth) Positive!

NOTE: (The trick to this is to have the last girl fill her mouth with water but not let her cheeks puff out and not say any lines, only nod. This comedy routine and magic trick will make the crowd go wild!)