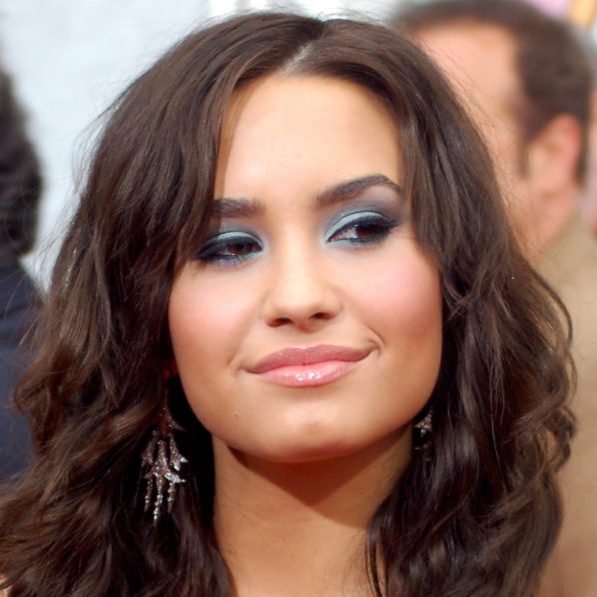 Main Point: We will always be plagued by sinful temptations, but we don’t have to give in to them. Jesus Christ gives us the hope of being able to live a totally new life.

Discussion Starter: Demi Lovato Still Suffers
Once upon a time, Demi Lovato was the queen of Disney. She was the Magic Kingdom’s stop gap after losing Miley Cyrus (and her Hannah Montana alter ego). Lovato starred in Disney’s Camp Rock 1 and 2, and also on Disney’s sitcom entitled Sonny with a Chance. She was a singing phenomenon, and her acting was pretty good, too.

Then, in late 2010, Lovato took a hiatus from her tour and checked into rehab. There had been suspicions of self-mutilation (cutting) and eating disorders. After her stint in rehab, those suspicions were confirmed. It seems that struggles with her self-image led to cutting and an eating disorder. Though the rehab was her parents’ idea, Lovato went along with the plan. In January of 2011, she completed her treatment.

Later in 2011, Demi released her first post-treatment song entitled Skyscraper. (We did a MUSIC DISCUSSION on this powerful song.) Everything seemed to be returning to normal for the fallen star.

But in this documentary by MTV, Lovato talks about how difficult it is to “stay strong” and the daily temptations she faces to return to her old life style.

Transitional Statement:
It’s easy to admire the honesty of Demi Lovato, from her rehab treatment a few years back, to her thoughts on her current troubles. She’s always “kept it real” even when “real” wasn’t necessarily good. But what we saw in that clip makes many of our hearts ache for Demi. She wants to “stay strong” to use her words, but that’s not easy she tells us. In fact, she says she faces her demons every day, and expects to for the rest of her life. Is there any hope for Demi…or for those of us in a similar situation? The Bible has lots to say about that answer. Let’s check it out together.

15 I don’t understand myself at all, for I really want to do what is right, but I don’t do it. Instead, I do the very thing I hate. 16 I know perfectly well that what I am doing is wrong, and my bad conscience shows that I agree that the law is good. 17 But I can’t help myself, because it is sin inside me that makes me do these evil things. 18 I know I am rotten through and through so far as my old sinful nature is concerned. No matter which way I turn, I can’t make myself do right. I want to, but I can’t. 19 When I want to do good, I don’t. And when I try not to do wrong, I do it anyway. 20 But if I am doing what I don’t want to do, I am not really the one doing it; the sin within me is doing it. 21 It seems to be a fact of life that when I want to do what is right, I inevitably do what is wrong. 22 I love God’s law with all my heart. 23 But there is another law at work within me that is at war with my mind. This law wins the fight and makes me a slave to the sin that is still within me. 24 Oh, what a miserable person I am! Who will free me from this life that is dominated by sin? 25 Thank God! The answer is in Jesus Christ our Lord. So you see how it is: In my mind I really want to obey God’s law, but because of my sinful nature I am a slave to sin.

Wrap Up:
During our time together, we watched a fairly compelling clip about the ongoing struggles of Demi Lovato. After she successfully completed rehab, she admitted in the video that, “This is a daily battle I will face for the rest of my life.” That’s sad to hear, but it’s the truth. Demi knows that she’ll always face temptations in this life that will seek to destroy her with sin.

Then, we left pop stars behind and turned our attention to Christian heroes. We read a passage from the Apostle Paul’s letter to the church in Rome. In it, we found a similar confession. “Hey guys, I mess up all the time. I don’t do what I want to do for God. And sometimes, I actually DO the things I don’t want to do!”

He described a tortured existence, right along with Demi.

I think the same thing probably applies to us. In our own way, we have our daily struggles. It might not be an eating disorder or cutting, but it’s something. Maybe it’s an inappropriate website. Maybe it’s swearing or gossiping or uncontrolled anger. In short, it could be anything that causes you to disappoint God.

But while Demi did not seem to know the answer, Paul suggested a great one: Jesus Christ.

He said that Jesus would “free him from a life dominated by sin.” He would no longer be a slave to sin. I’d say that’s pretty good news! But the cool part is, that’s the truth for you and I, if we want. I’d say that’s really good news!

Yep. Jesus Christ wants to give us new life that is free from the consequences of sin. Now, giving your life to Jesus doesn’t mean that you’ll NEVER be tempted again, it just means that you’ll always have His help when you face those trials. Further, if you do fail to obey God, it means you’ll be forgiven of your wrong.

(Leaders, you may want to take the time to explain the life, death, and resurrection of Jesus at this point in the hopes that some of your students would confess their sin and begin a relationship with Jesus.)

If you’d like to discuss this farther, please hang around after we pray. It would make us as leaders very happy to talk with you about this. In fact, there is nothing in life that’s more important than this!