Season 2, Episode 3—Save the Last One 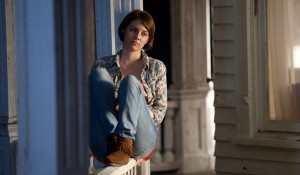 Episode Three lumbers along sort of like a slow moving walker as the group is still in the same place as they have been the past two weeks.  Understandably so, since Sophia is lost and Carl needs surgery, but if they don’t move forward soon, the show could start to decompose.

I also am beginning to notice things that I didn’t before- like how much the speed of the zombies varies in accordance with the plotline- or maybe they were faster in the high school gym because they are undead teenagers?  I also wondered about all the power that  the farmhouse has, and why a well lit place inhabited by humans hasn’t yet become the target of a walker horde.

But then I remember that this is a show where I have to suspend a lot of disbelief…starting in season one with a child that is named Carl.  So maybe I should just relax and use my mental energy to solve the Shane puzzle.  Sometimes he’s heroic and apparently self-sacrificing, and other times he uses all the hot water and leaves likeable country bumpkins to get eaten alive.

But I really like the scene between Maggie and Glenn on the porch.  At the 25-minute mark, they have a dialogue about prayer as Glenn is reaching out to God for the first time.  Then he asks:
“You think…you think God exists?

Maggie: “I always took it on faith.  Lately I’ve wondered-everything that’s happened, there must have been a lot of praying going on. It seems like quite a few went unanswered”

1.    Why is Glenn just now turning to God?
2.    What gives you confidence that God exists?
3.    Is belief in God a purely ‘faith’ thing?  Why or why not?
4.    Have you ever doubted God’s existence because of unanswered prayer?  Why or why not?
5.    If the zombie apocalypse really happened, how would it impact your view of God?

But God shows his anger from heaven against all sinful, wicked people who suppress the truth by their wickedness. iThey know the truth about God because he has made it obvious to them. For ever since the world was created, people have seen the earth and sky. Through everything God made, they can clearly see his invisible qualities—his eternal power and divine nature. So they have no excuse for not knowing God.
(Romans 1:18-20)

6. What is this passage saying about evidence for God vs taking it on faith alone? 6. How can someone ‘see’ the ‘invisible’ qualities of God? 7. What evidence for God would remain even if the zombie apocalypse happened?
7. If God’s existence is so obvious through creation, why do people still make up excuses for not knowing Him?
8. What would you tell Glenn about God/prayer if you were on the porch with him?

Wrap up
Sometimes people think that there is no evidence for God, so they see it as a ‘faith alone’ thing.  But God’s word clearly teaches that through creation, God’s existence is plainly seen so well that people have no excuse for not knowing him.  This week, take a look around your world and be thankful- not only because we don’t live in the Walking Dead world- but also because God has painted a portrait of His presence in every corner of the universe!