Season 10, Episode 8, The World Before 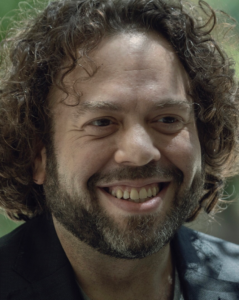 There is an old philosophical question that most college freshman run into in their intro philosophy classes.  The question goes like this: If a tree falls down in a forest, and there is nobody around to see or hear it, does it make a sound? The question is about the nature of sound vibrations and whether they need an ear to exist. But, I have always found it to be a silly question that asssumes a little too much importance for human beings. Trees crashing in the forest do not need humans around to make a sound. As a matter of fact, all kinds of things happen without humans there and sometimes they even do make a sound.

But the question is an interesting one when it comes to our own significance as human beings.  Does anything we do in life have significance? Do important things happen without humans around? Or probably more importantly, after we are gone, does it matter that we once occuppied space in this world?

On the Walking Dead, this is on the minds of most of our characters, especially the young and inquisitive Judith Grimes.  In tonight’s episode we find out that she is writing journals about everything that she sees and hears. And she is clearly interested in creating a record for everything that they do for future generations. This might be so that they don’t end up like the empty native village in Northern California that Aaron talked about – there is evidence that people were there, but no one knows anything about their lives and their struggles. This comes up when Judith, Luke and Michonne are riding in their mini-van/horse drawn carriage.

Judith: What were you whistling before?

Luke: I’m glad you asked me that. I’m whistling one of the most whistle-able is that even a word? It is now whistle-able sections of Rachmaninoff’s variations on a theme of Paganini. It’s like one of the greatest pieces of music ever. It’s my favorite. And I can only hear it in my head nowadays.

Judith: I wanna write that down, but you’ve gotta spell it, please.

Luke: I got you. What do you got here?

Judith: A record of everything that happens to us. Our stories for the future.

Luke: Really? Oh. Well, maybe I can help you out. If you wanna do a great personal history, you’ve gotta read a little. And this road leads right through Waterford, right? And I remember they had a really excellent library there. Maybe we want to stop and pick up some inspiration.

I am sure that when people travel in the world of The Walking Dead, they rarely stop for libraries. There just aren’t a lot of weapons or food there, and there are most likely walkers there.  But what Judith and Luke seem to be aware of is that humans need more than just food and weapons to survive – they need hope.  And without a little context, it is hard to believe in hope. So that is why we need libraries. Because they provide context as we can read about the struggles and successes of others.

But as Christians, I believe that there is even more significance to this concept.  The bible is written testimony that is extremelly important to us as believers.  You see, the bible actually says this about itself.  Apostle Paul actually writes that the bible is “God breathed” (2 Timothy 3:16). And even the most cursory look at the scriptures can show you that God was extremelly involved in this process of writing these things down in this holy book.

One of my favorite examples of this is in the Old Testament book of Jeremiah. In this book, the city of Jerusalem has been under siege by the Babylonians for eighteen months. But what is so interesting about this passage is that their hope is not that they are going to freed from their current captivity.  The Babalonians are going to win this one, and the story ends with what we now call the exile.  Israel is going to experience a very real and a very difficult time of captivity.  But notice what the bible says in the midst of this.

1This is the word that came to Jeremiah from the Lord: 2 “This is what the Lord, the God of Israel, says: ‘Write in a book all the words I have spoken to you. 3 The days are coming,’ declares the Lord, ‘when I will bring my people Israel and Judah back from captivity and restore them to the land I gave their ancestors to possess,’ says the Lord.” Jeremiah 30:1-3 (NIV)

So what does God ask them to do?  He tells them to write down the promises of God.  In this case he is pointing out that, while they aren’t going to win this particular battle, they are ultimately going to win the war.  Actually you could argue that this is one of the major themes of the bible. God promises that in the midst of difficult circumstances, we don’t need to worry because God will ultimately always fulfill His promises.

Even at this time of captivity, the people of Jerusalem had scriptures to read all about the past promises that God made to them.  And here God is telling them to write more of these things down for future generations.

I don’t know about you, but I feel so encouraged when I read the “god-breathed” promises of God.  I also feel encouraged when I read about the struggles of others, like the people who experienced the Babylonian siege of Jerusalem. In that case, we see that God’s timing wasn’t exactly their timing, but we can still be encouraged that God always keeps His promises.  And later on in the scriptures, we see that God does eventually deliver Israel from captivity.

When I am feeling, sad, overwhelmed or frightened, I always look at the written promises of God in the bible.  The scriptures can not only guide us in our daily lives, but they can encourage us by giving us examples of those who struggled before us.

1) Do you think it was important for them to risk their lives to go into a library for books? Why or why not?

2) Luke almost died in the library, but do you think that he still though it was worth it? Why or why not?

3) Why do you think Judith is keeping this written record of everything?

4) If you were in Judith’s situation would you care about writing all of this down? Why or why not?

5) Why do you think that God asks Jeremiah to have the people write down the promises of God?

6) Do you find the stories of the struggles of others in the scriptures to be helpful in your own decision making processes?

7) Does knowing the fact that God ultimately wins change your pespective when times are tough? Why or why not?

8) How do you think that reading the scriptures daily can bring context to your life?

9) Do you think that it might be time to commit to reading the scriptures more in your daily life? Why or why not?