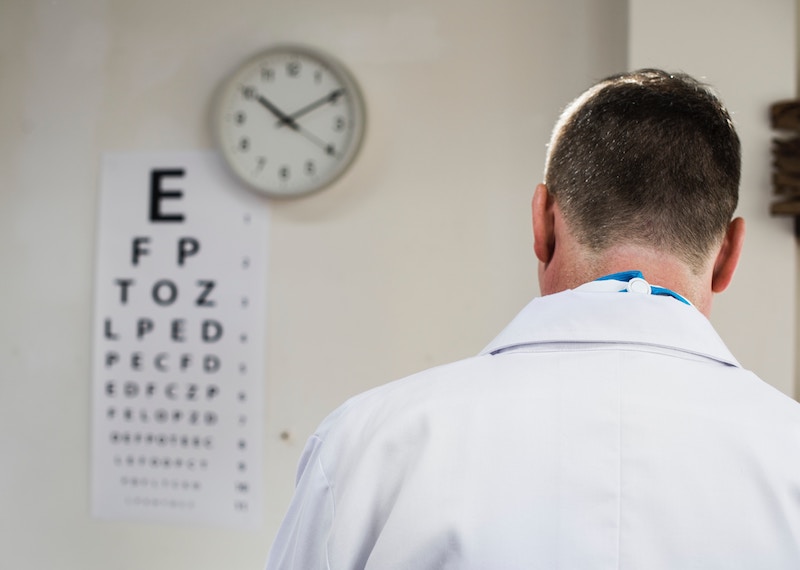 Characters:
Psychiatrist and his patient.

Scene:
Design the stage to look like a Psychiatrist’s office. Include a couch (for the patient to lie down on) and a chair for the doctor.

The skit begins with a knock on the doctor’s door and the doctor answers.

DOC: Yes I am, and that will be 20 dollars. What other questions can I help you with?

MAN: Well my name is Mr. Gaspocket. I have an appointment.

DOC: Oh yes, what’s the nature of your problem?

DOC: Well, maybe I can help you.

DOC: How long has this been going on?

MAN: Oh, ever since I was a teenager – bark!

DOC: Hmmm… Think back. Did a vicious dog ever frighten you?

DOC: Well, these problems can often be traced to a single event.

DOC: Have you ever tried to break it?

MAN: Yes, well, you know, I thought if I would start wearing gloves, I might stop biting my nails.

MAN: Well, yes. That’s the nervous habit I was telling you about.

DOC: You mean you came to see me just because you bite your nails?

MAN: Well, certainly. What else- bark!- what else in the world – bark!- would I have on my mind?

DOC: Maybe you should lie down and tell me all about it.

MAN: Well, I’m not allowed on the furniture.

MAN: Well, all right. You see, one reason I get nervous and bite my nails is -bark!- because of my mother.

DOC: You think she imagined this?

MAN: Well, I know she did, you know, she finally wrote to a doctor about me… a Veterinarian.

DOC: Oh really? And what did he say?

MAN: I don’t know. I never let the mailman near the house. -bark!

DOC: This goes deeper than I thought. I’m going to try the word association test. I’ll say a word and you say the first word that comes to your mind…Table!

DOC: I’ll tell you what. This is going to require some consultation. Why don’t you come in next Thursday morning?

DOC: (to the audience) That’s the weirdest thing I ever saw. (He picks up his cell phone and calls his wife as he’s walking out of the office) Hey honey, that was my last appointment. (pause) Yeah, a real nutbar. He BAaaaaaaaaa (like a sheep) always barked in the middle of his sentences! Baaaaaaaaaaaaaa! Yeah like a dog. Go figure. Baaaaaaaaaaaaa!