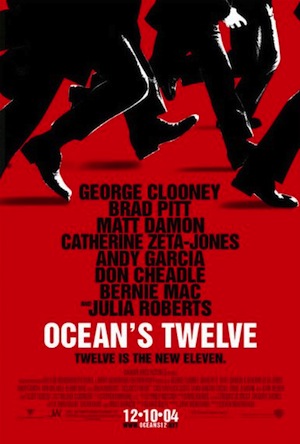 MAIN POINT: The last shall be first. Finishing first isn’t necessarily God’s plan for our life.

The movie Ocean’s Twelve is about a group of thieves that have been discovered by the casino owner that they robbed three years earlier. The movie follows the group of thieves as they attempt to earn, in only two weeks, the $97 million dollars they owe the ruthless casino owner. At the beginning of Chapter 12 is a movie clip you can use for a lead-in to a discussion about competition and always trying to be first.

(Scene opens with a short comment by a female agent that leads into an action flashback action sequence of a robbery attempt. Scene pauses, then switches back to agents working robbery case.)

MALE AGENT: Exactly. Why would they bring the drill if they weren’t planning to use it?

FEMALE AGENT: (Thinks to self) Oh…oh!(Scene switches back to robbery attempt where the safe’s door is already open when they arrive and only a MP3 player is left behind)

AUDIO TAPE: Congratulations. You are the second person to crack the Van der Woude safe tonight. In arriving second Mr. Ocean, you have joined a long line of people who have worked and risked a great deal only to get somewhere second. You don’t know any of these people by name of course because they enter oblivion. You know this word, “oblivion”? It means to be totally forgotten by everyone forever. And it’s where you would be now if it weren’t for the Bellagio heist.”

END: Immediately following the comment about the “Bellagio heist.” (43:32)

Introduction: Growing up we were always taught to win. We were taught that if we didn’t win then we needed to train more, to study more, and to try harder so that when the next time comes around, we do win. Because that’s our goal—to be number one! Nobody remembers second place after all, right? That’s the world we know, but Jesus came and flipped that view upside down.