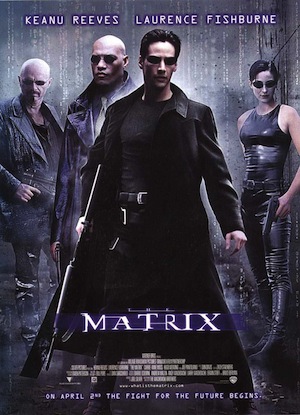 Main Point: People must choose God’s truth which is sometimes hidden by the pleasures or pains of daily life.

Before the Meeting:
Gather two separate types of candy of contrasting color (for example, try Red Hots and Lemon Drops or small pieces of red licorice and black licorice). As students enter, offer them a piece of candy. You are not making a major point, just grabbing attention.

Attention Grabber:
Welcome! Thanks for coming tonight. You want a piece of candy? You have to choose which one you want. Go ahead, take one flavor and then grab a seat.

Transition into Movie Clip:
Tonight we’re going to look at a clip from the movie The Matrix. The movie’s rated R because it’s pretty violent but the clip we’re watching is clean. It’s about a choice that Neo, played by Keanu Reeves, must make. It might help you to know that the movie takes place in the future when computers have taken over the world and control humans. The Matrix is reality, but humans don’t even know about it. They are living in a kind of dream state where everything feels great, but it’s not reality. Neo knows that something is not right and he is searching for truth. Read the subtitles and pay close attention to how Morpheus, played by Laurence Fishburne, describes the Matrix. I’ll show part of the clip and then we’ll discuss it and then I will show the rest of the clip before we break into groups.

Show Clip:
Scene 8, set your counter to 25:10. The scene begins with Trinity ushering Neo into the office of Morpheus. You will end the clip at 29:48. (NOTE: Be prepared to PAUSE the clip after Morpheus’ first speech. He ends with the question to Neo, “Do you know what I am talking about?”)

Do you believe in fate, Neo?

Neo: Because I don’t like the idea I’m not in control of my own life.

Morpheus: I know exactly what you mean. Let me tell you why you are here. You are here because you know something. What you know can’t be explained, but you feel it. You felt it your entire life. Something is wrong with the world. You don’t know what it is but it’s there; like a splinter in your mind, driving you mad. It is this feeling that has brought you to me. Do you know what I am talking about?

PAUSE CLIP HERE.Transition Statement:
Morpheus is talking about the Matrix in this science fiction movie, but it sounds like he is talking about something supernatural or spiritual; a feeling he thinks Neo has.

We’ll watch the rest of the clip and then discuss Neo’s choice in our small groups.
START CLIP

Morpheus: Do you want to know what it is? The Matrix is everywhere; it’s all around us, even now, in this very room. You can see it. When you look out your window or when you turn on your television. You can feel it; when you go to work, when you go to church, when you pay your taxes. IT IS THE WORLD THAT HAS BEEN PULLED OVER YOUR EYES TO BLIND YOU FROM THE TRUTH.

Morpheus: You are a slave Neo; like everyone else. You were born into bondage, into a prison that you can not smell or taste or touch; a prison for your mind. No one can be told what the Matrix is; you have to see it for yourself. This is your last chance. After this there is no turning back. You take the blue pill and the story ends. You will wake up in your bed and believe whatever you want. You take the red pill and you stay in “Wonderland” and I show you how deep the rabbit hole goes. (Neo takes the red pill.) Remember, all I am offering is the truth.

END CLIP HERE.Transition into Small Groups:
Neo made an important choice and took the red pill. We’ll talk more about that choice as we meet in small groups. Let’s break up now.

Small Group Questions:
Morpheus explains to Neo that the Matrix is everywhere; out the window, in the room, at work.

There is a passage in the Bible where Paul talks about a bunch of people who think they are really smart. They believe that they understand the universe and have created a bunch of symbols to worship which represent all the great aspects of life. Although they know God’s truth, they choose another life style.

Morpheus told Neo that the world had been pulled over his eyes, like a blinder blocking out the truth. It seems like that happened back in Paul’s day too. People got distracted by the pleasures of life and forgot to look for the truth, Jesus, even though they knew Him.


Wrap Up:
Neo had a choice. Take the blue pill and he goes back to the pretend world where he won't know any different. Take the red pill; he will find out the truth (no matter how uncomfortable it might be!). We face the same kind of choice every moment of every day. We either seek out God and the true life He has planned for us or we ignore the truth. Maybe we choose our sports, or our families. Sometimes people even choose to ACT like Christians without really KNOWING Jesus intimately and trusting Him with life. That is not truth. We have to be willing to search like Neo did. Ask questions when we don’t understand; seek leadership when we doubt; find fellowship with other believers when we feel lost. Paul tells us in this passage that if we continue to serve created things rather than the Creator, the Creator will turn us over to our own desires.

I gave you a choice when you first walked in tonight. It wasn’t a big deal—just what kind of candy to choose. As you leave tonight I want you to think about the BIG choices you have to make; the ones that really matter. I challenge you to choose the truth. Let’s pray.